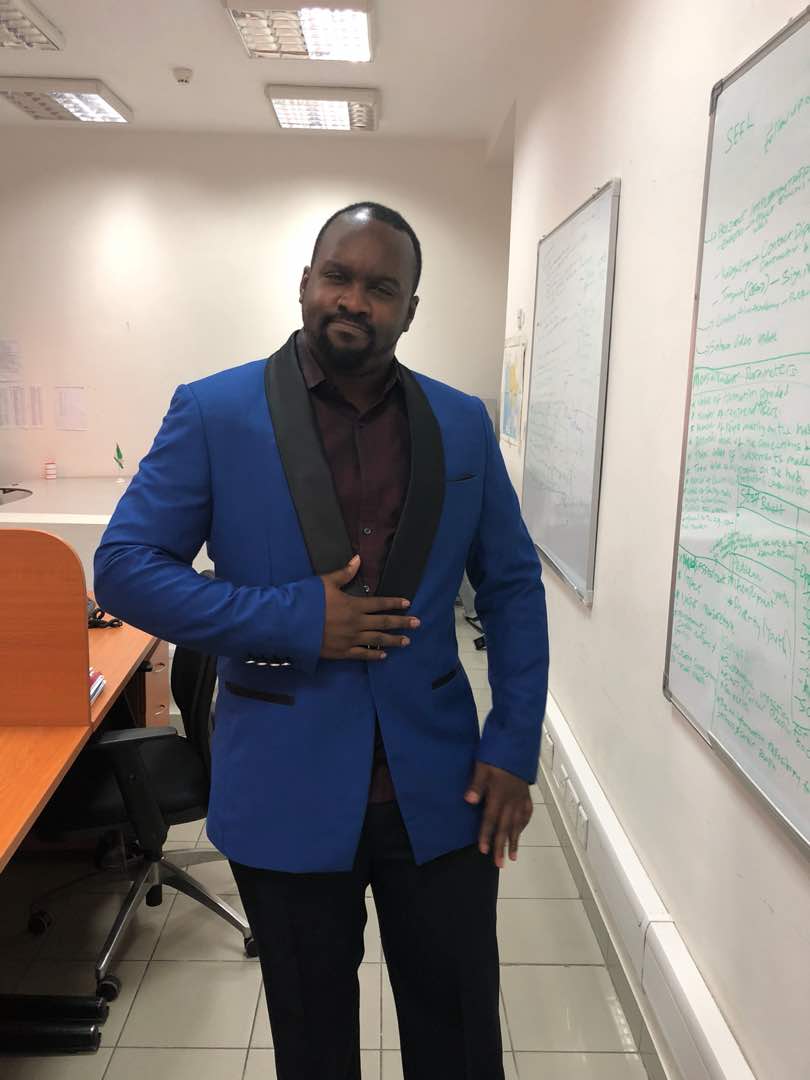 Emeka Kachikwu is a comedian who recently forayed into producing Nollywood movies. His debut effort, Boss of All Bosses, premieres in Nigerian cinemas on June 15. A star studded flick, it parades the likes of Patience Ozokwor, Bishop Ime, Adunni Ade and Eniola Badmus.

In this interview with PREMIUM TIMES, the young film-maker speaks about his new movie and his career switch.

PT: Its interesting to know that you featured Kannywood star, Sani Danja, in your new movie. This is a rarity in Nollywood.

Emeka: Yes I did and it wasn’t intentional. I remember when we were getting ready to shoot the film and my team and I were going back and forth as to who to include in the cast as there were loads of names. There was an advert Sani Danja was always on and I always laughed when I saw it. I asked my team and they showed me some other works he had done, so I said put him on board. I really don’t have any regrets starring him in the movie because he did great.

PT: Boss of all Bosses is quite an interesting name for a movie. What’s the inspiration behind it?

Emeka: This idea had been in my head for a long time and sometime in 2014 in the previous place I worked, there was an argument between two employees. It was kind of funny because they were going back and forth on the issue in dispute and so I thought to myself, this is what usually occurs in the workplace and that’s when the creativity in me kicked in. I said to myself what if instead of two employees, it’s the case of two MDs. Typically the next question was what are they fighting for? Dominance, superiority? That’s how the idea came and I started building it up little by little. There’s even a video recording I have I think in 2014 where I was with my friends and shouting Boss of all bosses. At that time no one knew what I was talking about except me.

PT: How long did it take to write the script?

Emeka: It took me four months to write the script. I conceived the idea way back but it was in 2015 that I decided it was time to finish the script once and for all. I wrote the script at the office where i previously worked at when I was less busy. Funny enough I became like a professor, it was like writing a dissertation. I would walk back and forth with a biro and book in my hand, penning the script. One particular guy who sat beside me would give me a quizzical look whenever I write and then laugh. Each time he gave me the look I would tell him, you don’t understand bro, the story I’m writing is hilarious. The office hours end at 5pm but I would sometimes stay back till 9pm, writing.

PT: Where did the shooting of the film take place and what was the budget?

Emeka: It was shot in Lagos, and in terms of the budget I can’t really disclose the exact figure but it was a decent amount. By God’s grace, it was self sponsored with unflinching support from family and friends. I considered getting funding from Bank of Industry but luckily my family and friends came through for me. If that had not happened then I would have gone the BOI route. It was definitely one of the options.

PT: So, many movies have hit the cinemas, what makes your movie different?

Emeka: Not to sound over-confident, this is arguably the funniest or one of the funniest Nollywood movies. The things done in this movie are new, the story line is new, it is highly powered by creativity. The comedy squad has never been assembled in any other movie in Nollywood history. You’ve never seen Okon and Akpororo in the same movie, now picture not just Okon, or Akpororo but Mama Gee, Eniola Badmus, Nedu of Wazobia fm, Senator, Sani Danja, Babatunde Charles (Chinese oyibo), Adunni Ade, all doing hilarious things in the movie. This is a mind bursting film and it’s one that can make you fall from your seat if you’re not careful because of an overdose of laughter.

PT: How were you able to get the star-studded cast?

Emeka : I have a good team so there was a lot of planning and most of them were reached through their managers. The challenge was getting them to be on set at the same time because these are big names and they had busy schedules. We had to structure the production stage in a way that we could get this and that person or where we needed say three of them we would let them know. It took us about seventeen days to shoot the film.

Emeka: I’d rather not say because I don’t want to jinx that. Sometimes it’s good to be quiet and let it play out. We are doing our best in the marketing drive and trying to create as much awareness as we can and hopefully it will turn out well.

PT: Is there the possibility of a sequel?

PT: Will your next movie still be comedy since you’re passionate about that genre ?

Emeka: Hopefully we’ll diversify but at the same time you have to be kind of careful. There’s a saying in business language that the customer is king. Nigerians love comedy so sometimes diversifying can be good and it can be risky as well. You have to be careful.

PT: Why did you switch careers from the oil and gas sector to entertainment?

Emeka: My passion was so strong for entertainment that I even contemplated dropping out of school during my undergraduate days but my parents would have none of it. I’m happy I completed my studies. I did some comedy skits which was broadcast on Silverbird TV and other television stations and even delved into music for a while. I loved watching movies right from when I was a child. I had been brewing over the idea for Boss of all bosses and then I finally made the move to bring life to the idea. I’m passionate about entertainment and I’m elated about my first movie production.

PT: What’s your assessment of Nollywood and how best can the government come in?

Emeka: I‘d like to say that I’m happy with the way the industry is going now. Definitely you can’t compare now to how it was ten years ago. Movies have improved in terms of picture quality, story line and I like the fact that cinemas are supporting by exhibiting the movies. I still feel that there’s still some work that can be done particularly towards anti -piracy laws and making it more structured. You see how foreign markets are, their industries are well structured. I’d like the government to see and harness the potentials of this goldmine industry.