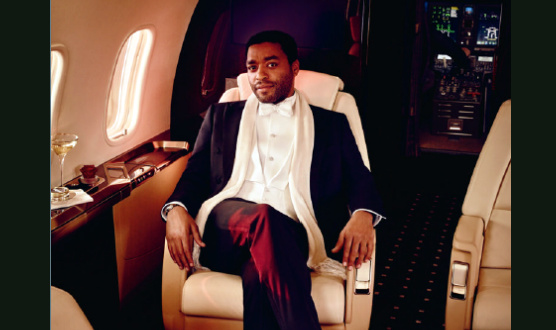 According to Disney, four years after the blockbuster was released, filming has started for the sequel, with the Nigerian-British thespian featuring among the cast.

Ejiofor, who is popular for his roles in “12 years a Slave” and “Doctor Strange,” features alongside Hollywood veterans Angelina Jolie and Elle Fanning, who are both reprising their roles from the original film.

Besides Ejiofor, other new cast members in the sequel to the blockbuster include Michelle Pfeiffer as Queen Ingrith, Ed Skrein, Harris Dickinson as Prince Phillip, and Robert Lindsay.

The first movie grossed over $750 million at the world box office; however, no release date has been announced for the sequel yet.

Ejiofor, born in the United Kingdom by Nigerian Parents, began his professional acting career as a teenager, and has featured in many award winning films.

He has received numerous awards and nominations for acting, including the BAFTA Orange Rising Star Award in 2006, two Golden Globe Award nominations.

He won the Laurence Olivier Award for Best Actor in 2008 for his performance in Othello.

In 2008, he was appointed Officer of the Order of the British Empire by Queen Elizabeth II for services to the arts.

He was elevated to Commander of the Order of the British Empire in the 2015 Birthday Honours.

Ejiofor featured in a lead role as Solomon Northup in the award-winning Period Drama film, `12 Years a Slave’ in 2013,which earned him an Academy Award and Golden Globe Award nominations, along with the BAFTA Award for Best Actor.(NAN)