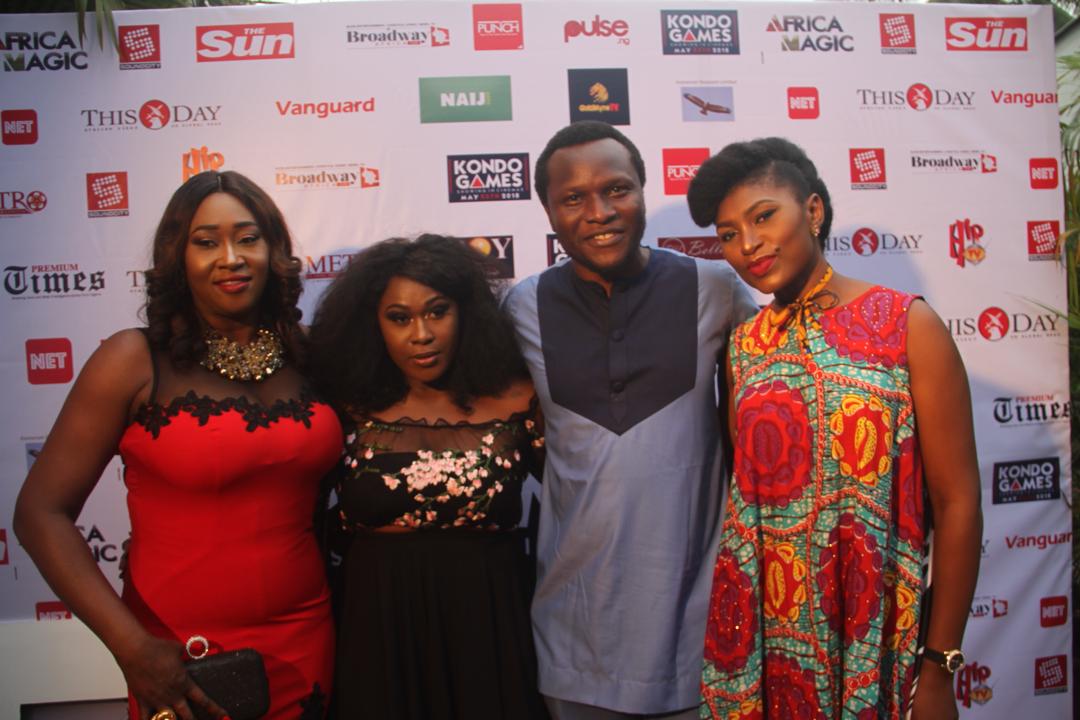 The much talked about Nollywood comedy, Kondo Game, premiered at an elaborate event held at Troy Lagos on Sunday.

The lead stars in the movie, Jide Kosoko, Cossy Orjiakor, Uche Jombo and many others added colour to the event.

Other actors who graced the event include Ufuoma McDermott, Funnybone, and Francis Odega.

Also around were the producer of the movie, Maryam Harris, and the director, Charles Uwagbai, among other notable guests.

“The movie keeps its audience rolling in laughter cracking through the walls. Charles Uwagbai did a superb job providing a very entertaining experience for the audience. This movie will have you laughing until the credits roll, with relishing humour,” Uche remarked.

Kondo Game will be available to movie fans from Friday, when it hits Cinemas nationwide.

The comic adventure movie depicts life in the police barracks and follows the antics of two notorious police officers, Austin and Vincent, who take the viewers on an unending laughter ride.

Portrayed by Francis Odega and Funnybone, the two police officers would later be faced with controversial tasks.

With a sloppy boss, Jide Kosoko, to contend with, Austin and Vincent were torn between crime busting and bursting a romantic fling with a voluptuous mistress, played by Cossy Ojiakor, who runs a beer parlour in the neighbourhood.

See photos from the red carpet at the movie premiere.

INEC begins distribution of more than 100,000 PVCs in Nasarawa