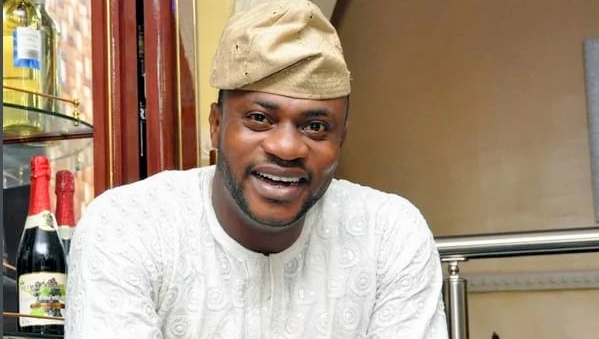 Why I went back to school- Actor Odunlade Adekola

Perhaps, currently the most popular Yoruba movie actor, Odunlade Adekola has starred, scripted, produced and directed over a 100 movies. A crossover star, the 38-year-old actor recently made an inroad into Nollywood and has been clinching major roles. PREMIUM TIMES had a chat with the actor at the Glo Mega Music Nationwide Tour in Festac,Lagos, where he opened up on his career, fame and controversies

PT: Have you always wanted to become an actor?

Odunlade: I started acting at a very early age. Whenever an anniversary was to hold in our church (the Christ Apostolic Church, Lafenwa, Abeokuta.)I partook in it. I had a childhood friend, Tunde, who was a part-time actor and he introduced me to a theatre group that rehearsed near my house. One day, he invited me to join the group and I agreed. I went there that day and the man in charge asked me if I could act and I said I could. He then told me to act like a crazy person and when I did that, everybody there began to clap. I was also interested in singing and I composed songs for my church. But God had better plans for me. He said, “You will still become a musician, but come and join the movie industry first.” I joined the Yoruba movie industry in 1996 and the Association of Nigerian Theatre Practitioners, in 1998. I have been an actor for over 20 years. One of my earliest movie roles that I can recall is Faworaja. Bolaji Amusan (Mr. Latin) produced it in 1999. I believe that Asiri Gomina gave me my big break. The late Ishola Durojaiye (Alasari) produced the film.

PT: Is it true that you are presently an undergraduate at the University of Lagos?

Odunlade: Yes I am presently in 500 Level at the University of Lagos studying Business Administration. As a student, I loved business studies and anything that pertains to leadership. That is why I am studying Business Administration. I am also of the opinion that when you study Business Administration, you can fit into any profession. As we all know, if you have a lot of money and you do not know how to manage it, you would squander it in no time. If you are a doctor, heading a hospital, and you don’t know how to manage the hospital, the establishment can pack up. So, the knowledge of business administration is the key to the smooth running of any organisation. I already have a diploma from the Moshood Abiola Polytechnic.

PT: You are already a household name, why return to school?

Odunlade: I am a firm believer in knowledge acquisition so I always tell young actors, who want to enter our industry to get an education first. In fact, if you tell me you are interested in acting, I will ask you what you are doing presently. If you say you are currently in school, I will advise you to finish before you join the movie industry. Even if you are learning a trade, make sure you are certified before you join the movie industry. If you are seeking to gain admission into the university, ensure you complete your studies first before you come into the movie industry. If you fail to do so, once you become a famous actor, it will be difficult for you to go back to school. Education is very important in anything you do in life.

PT: The Yoruba movie industry has grown in leaps and bounds in recent times. What do you think is responsible for this growth?

Odunlade: I believe the Yoruba movie industry has benefited a lot from the advent of the Internet and social media. The introduction of the African Magic Yoruba Channel on DSTV has also contributed to the global recognition of the Yoruba movie industry. However, I believe that every industry needs to continuously improve in every area. Our industry has to also move with the times and protect our future by adapting to the changes in the world.

PT : What aspect do you think your industry needs to improve on?

Odunlade: No man is perfect except God. Sometimes, our fans complain that our movies aren’t getting to them, so I think we need to improve on our distribution channels.

PT: You failed to mention the poor subtitling in Yoruba films.

Odunlade: To be sincere, people still complain to us about that. In fact, it is a jocular topic on social media. Honestly speaking, I think changes have really begun to improve in this direction. A lot of my colleagues have brushed themselves up in this regard. We no longer hire incompetent people to handle subtitling in our movies. We now have professionals who proofread our movie scripts before they are released. For instance, I have not received any complaints in this area. And I know some producers, who are equally making efforts to correct poor subtitling in their movies.

PT: Since you starred in Taxi Driver (Oko Ashawo), you appear to be taking on a lot of Nollywood roles.

Odunlade: Before starring in Taxi Driver, I had featured in some English movies, which are yet to be released. My motto in life is: do anything you want to do to the best of your ability. That is the way I approach my work and I am also a very versatile actor. You never know the extent to which your actions would go. I didn’t quite anticipate that Taxi Driver (Oko Ashawo) would get this far when I accepted to play the role. I am starring in Omoni Oboli’s Wives on Strike, Film one’s New Money and many more.

PT: What do you look out for in a script before you take on a role?

Odunlade: A lot of people say I am versatile and I appreciate them. And I always tell people this: if acting is your profession you should protect or guard it jealously. Giving any role my best shot is my own way of protecting my job – being the best that I can be. If I am invited to play any role, after reading the script thoroughly, I try to understand it. Once I understand the character, then, I can to inject my own ideas. Most of the times, it is not always easy. Being versatile is the result of long-term hard work.

PT: As an established actor, you have had a fair share of scandals?

PT: …And the numerous death hoaxes?

Odunlade: I don’t know who else may have been responsible for them. But I know that someone somewhere has continued to cook up something negative to ridicule me and to make profit out of it. This is not good. I always say this, if you are engaged in any illicit practice just to bring food to your table, it will definitely backfire. It might not backfire today, but it will someday. We have a lot of journalists who write good things, who verify their information before publishing. And they are doing well. I am not bothered about the negative reports. I have said it and will say it again, social media will not bring me down because I predate social media, and all of us do.

PT: For a long time, a lot of people have attributed your meteoric rise to diabolic means. Do you feel any need to react to it?

Odunlade: I have reacted to it. I am a Christian. I was born in a Christian family. I grew up in a Christian home. As far as I am concerned, if you are in one level in this country and people have not said this thing about you, it means you have not gotten high enough. If you are a celebrity and you are bothered about what people write about you, it means you still need to pray very well for Baba God to take you higher. We are still praying. People have said Pastors use jazz. So, why would they not say the same thing about me?  I am a Christian and I am still in Christ. I was born in Christ Apostolic Church and I still attend Christ Apostolic Church in Abeokuta. My dad is a former choirmaster in our church and he is now a pastor.

PT: As the son of a pastor, did your father support your decision to become an actor?

Odunlade: When I told my father that I wanted to become an actor, he really encouraged me and my mother was not against it at all. My father, being the head of the house, threw his weight behind me and gave me his full support. He could have told me to drop the idea but he did not. It was only one of my uncles that did not really support my choice of career but now he’s the one that tells me to bring films for him to watch.

PT: Your colleagues are venturing into politics. Do you also intend to contest for the office of governor of Ekiti State?

Odunlade: If you have any opportunity in this country and at this time, use it. Make use of any opportunity positively, I mean good opportunities. In my own case, I can’t say anything pertaining to politics for now. With regards to contesting for governor of Ekiti State in the future; I do not know.

PT: As a Nollywood big boy, why do you prefer to live in Abeokuta instead of Lagos that is known as the entertainment headquarters?

Odunlade: I am comfortable in Abeokuta and there are a lot of beautiful and serene places here. All my family members are in Abeokuta. I was not brought up in Lagos so I cannot move to Lekki or Ajah. Living in Lagos does not mean that one is rich or successful. Neither does it mean that Lagos is a paradise. The mentality of everybody is different, I am in Abeokuta and I would continue to be here. I am not saying that I cannot build a house in Lagos but presently, I am in Abeokuta and I have not seen what would make me relocate from where I am. This is where I was before everybody in Lagos knew me, so why would I leave Abeokuta when everybody now knows me?