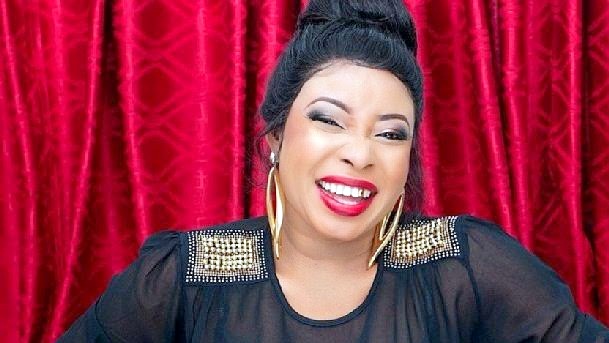 The Yoruba actress, Lizzy Anjorin, has thanked her ‘sugar daddy’ for contributing to the successful premiere of her widely publicized movie, ‘Owo Nairabet,’ in Lagos on Friday.

She said the presence of the Alaafin of Oyo, Lamidi Adeyemi and a representative of the Ooni of Ife added colour to the event.

The controversial actress made the declaration on her official Instagram page on Wednesday morning alongside a short clip, which captured the highlights of the event.

“When I walked into the hall, I was expecting to see empty seats as they had threatened but behold! JAGUNLABI was with me. He was already there before me. Note. He was not there alone, He came with awon ALAGBARA ati awon OLOWO AYE and I burst into tears because my Sugar Daddy caught me unaware!! Choose your Sugar Daddy wisely, mine is always there for me. Can you guess the name of my aforementioned Sugar Daddy?”

Her post, which apparently referred to divine intervention at the event didn’t come as a surprise to many because of the circumstances surrounding the premiere.

A few weeks preceding the event, a mild drama played out, one which divided the Yoruba movie sector into two factions.

It all began when one of her movie colleagues, Saidi Balogun, fixed the ‘grand finale’ of his 50th birthday for July 7, which coincided with the date for her premiere.

Mr. Balogun had earlier postponed the four-day event because of the funerals of his late colleagues—Olumide Bakare and Adeshina Adesanya aka Pastor Ajidara and Moji Olaiya.

Anjorin was angered by Saidi’s new date because he is the lead actor in her film. The pretty actress said she is still bent on waging war against the actor for betraying her trust in him.

She said: “He knew I had chosen July 7. Not only did he slate his party on 7-7-2017, he contracted all my anchors —Gbenga Adeyinka and Denrele Edun— and performers for his party.”

Attempts by businessman and Oluomo of Ago Iwoye, Femi Bakre and his wife, Funke Bakre, to settle the rift between both parties failed.

Anjorin said: “Yes, we were invited and for many hours, they begged Saidi to change his date for me but he refused. Not that he was just clocking 50. He clocked 50 on February 5, so why the desperation to clash with my premiere? I’d never relate with him again and we would never talk until kingdom come!”.

One of the richest actresses in the Yoruba movie sector, Anjorin is a serial entrepreneur and a single mother of one. She is best, known for her roles in the movies Ise Onise, Arewa Ejo, Owowunmi and Kofo Tinubu.