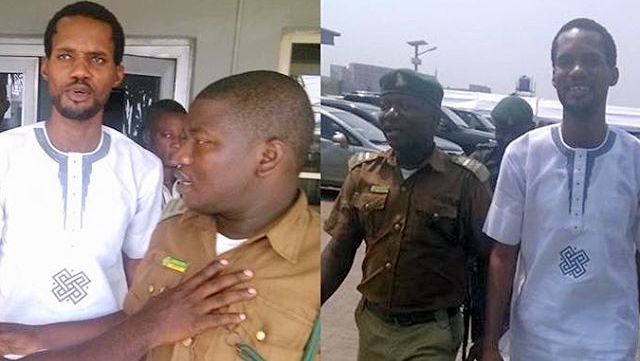 Justice Oluremi Oguntoyinbo of the Federal High Court in Lagos on Friday granted Yoruba filmmaker, Seun Egbegbe, and Oyekan Ayomide, bail of N5 million with two sureties each in a sum of N2.5 million.

They were arrested for allegedly defrauding some Bureau De Change operatives of over N40 million, between 2016 and February 2017.

Justice Oguntoyinbo ruled that Mr. Egbegbe be granted bail once he meets his bail requirements.

“One of the sureties must be a civil servant who has attained level 16 while the other surety must be a land owner in any part of Lagos metropolis. The landowner must submit Certificate of Ownership of the landed property and while the civil servant must submit his international passport to the court.

“The sureties must swear to an affidavit while the house and office addresses and telephone number will be verified by the court,” the judge ruled.

Meanwhile Mr. Egbegbe will be in prison custody pending fulfilment of bail conditions.

Mr. Egbegbe, a controversial figure in the Yoruba film industry was caught allegedly attempting to defraud a bureau de change operator of $9,000 and £3,000 (about N4 million) on February 2.

The event occurred at the Gbagada General Hospital in Lagos. The accused allegedly disguised as the Managing Director of Gbagada general hospital while his accomplice, a certain Mr. Ayomide, came disguised as a patient.

The incident marked the fourth time Mr. Egbegbe would be embroiled in a theft mess.