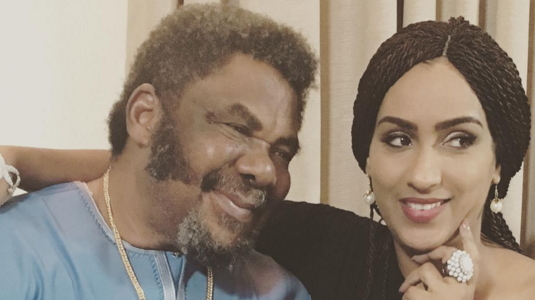 Pete Edochie kisses in movie for the first time

Edochie, who has never played a romantic role in a movie, broke the jinx by kissing Ghanaian actress, Juliet Ibrahim, who is his love interest in the flick.

It is also the first time both actors are starring in a movie together.

An intriguing tale of entangled pasts, the movie tells the story of a jewelry and precious stones merchant who sets up an all-female Team known as The K-SQUAD, for his local and international dealings.

The business operations of the Team are running smoothly and profitably until a crack appears on the walls of Kapitol Mansion, when some persons are caught up in a twisted romantic roller coaster with the Boss’ mistress.

The movie is scheduled to premiere in Lagos and Enugu States in December.