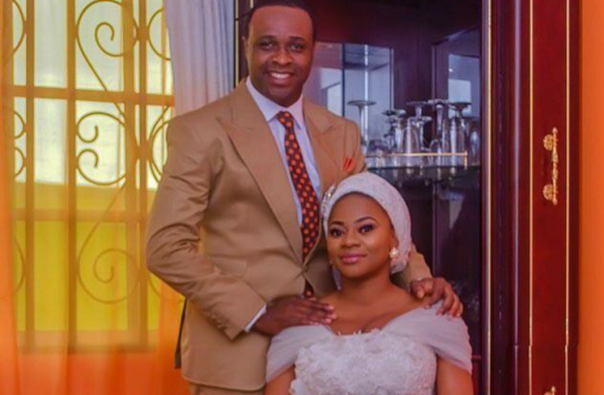 Not a few were aware that popular Yoruba actor, Femi Adebayo, who found widespread recognition after the release of his 2014 hit movie, Jelili, had been separated from his first wife, Khadijat, for eight years.

In fact, the revelation came to the fore in the early hours of Saturday when the news of planned hush-hush wedding of Femi, first son of veteran Yoruba actor, Adebayo Salami aka Oga Bello, broke on social media.

The soft-spoken actor will tie the knot with his US-based partner, a businesswoman is simply known as Maimunat, anytime from now.

Sources close to the actor, who is the Special Adviser To the Kwara State Governor on Culture and Tourism, say his first marriage failed due to alleged philandering habits.

A renowned Nigerian crossover actress who got married to her musician beau in London in August was fingered as one of the women in the actor’s life at the time.

However both parties vehemently denied the allegations.

Reacting to the allegations, Femi said in an interview that Khadijat divorced him because she didn’t support his acting career and he would not be getting married to a second wife but to a ‘brand new wife soon.’

Meanwhile, Khadijat, his first wife and mother of his three children, has since remarried. She is now addressed as Mrs. Balogun and has a child with her new husband.

Femi and Maimunat will receive parental blessings to be man and wife at a Nikkah ceremony that will be held on Sunday, October 9, in a secret location in Maryland, Lagos.

“The decision is best for us as I have been on the lane before and my wife has never been. I have to protect her privacy at all cost ,please we pray for the understanding of our friends and my beloved loyal fans, I appreciate you and please your prayers and support is all we need,” Femi said in a statement to journalists.