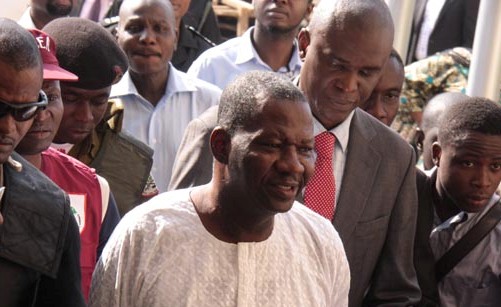 Baba Suwe was arrested at the Murtala Mohammed Airport in 2011 on the suspicion that he had ingested cocaine wraps.

During the encounter, the popular comedian was detained for three weeks by the agency, but no drugs were found.

A Lagos High Court subsequently ordered NDLEA to pay the veteran actor N25 million for unlawfully detaining him and to also tender a public apology to him.

According to Fabiyi, these conditions have yet to be met and has necessitated him to issue a clarion call to his fellow actors to join in the fight. 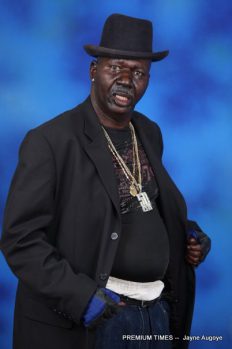 “I am calling on all senior colleagues in the entertainment world especially those close to Baba Suwe because I don’t have everyone’s contact to please reach out to him as soon as possible. The torture meted out on him by NDLEA is vastly damaging his health at an alarming rate,” the actor said on his Instagram account.

“He told me he no longer feel comfortable since that episode. Baba Suwe is a widower, he can hardly walk properly as I speak, let alone go to film. How will he feed and take care of the children aunty Moladun left behind?”

Fabiyi, who later spoke to PREMIUM TIMES, also decried what he described as a conspiracy of silence by his colleagues in the Yoruba movie industry.

He said, “I don’t want to speak when it may be too late, I won’t forgive myself. When I visited him, he told me that he is innocent of the accusations and yet a long pipe was inserted through his anus. He was detained for too long amongst other things just because he was randomly suspected like every normal person.

“In my opinion, only lazy, ill-trained, unfit and uncivilised officers, torture in the name of investigation. Torture is criminal and sinful. If this accusation is found to be true by independent investigators, it shouldn’t go unpunished. NDLEA needs to restore public confidence by doing the needful on this matter.”

Currently at the forefront of ensuring that Baba Suwe gets justice, Fabiyi adds, “Until individuals and government agency begin to respect fundamental human right and enhance duty of care, the essence of Nigeria’s freedom is far from been realistic. No malice is intended against NDLEA with this outcry.

“I just hope the leadership see this as a clarion call for getting it right and save the agency from sending an innocent person to an early grave whereby leaving his children to suffer unjustly.”

When PREMIUM TIMES contacted the NDLEA spokesman, Mitchell Ofoyeju, he said, “We are surprised that Baba Suwe is bringing up this matter again. We will just refer him to the Appeal Court in Lagos’ ruling on the matter. When the (High) Court awarded him damages against the agency, we went to the Appeal Court to protest the judgement payment of any damages to him. The Appeal Court upheld our case.

“In fact, we contested all the rulings of the Lagos High Court seeing that we were lawfully discharging our duties. All these information are in the public domain and that’s why we are very surprised that he is bringing this up again.

“The only way NDLEA would have been held liable was if Baba Suwe had gone to the Supreme Court and won. But, in this case, he never did. So, it’s as good as there were no damages awarded him in the first place because it was quashed by the Appeal Court.”