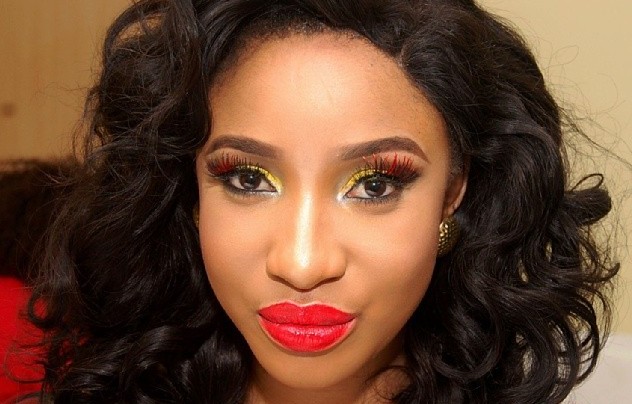 My tattoos are my secret – Tonto Dikeh

Nollywood actress and singer, Tonto Dikeh, has said that her tattoos are her secret, and that she cherishes them so much.

Tonto said in an interview with Olisa Adibua on his TV series, the (Truth) that she has over 10 tattoos and she feels they are her “behind closed door” acts.

On her relationship with DB records’ owner, DBanj, Tonto denied it was anything special or beyond the ordinary.

“I’d never go out with DBanj or even think about it. I will not do that and will never do that,” she said.

She said she chose DB records because she believed it can give her the kind of music she wanted.

“My music career started as a joke; but I got serious with it after I signed a contract with DB records officially owned by Dbanj,” she said.

Tonto promised not to dump her music career like other actors do when they did not get it right at first.

“I am in for it and really in. I would have given up when I did my first single because I got a lot of criticism then but that made me to remain focused and straight,” he said.

Tonto said her recent squabble with a female bag vendor was a misunderstanding.

“We never agreed on the quality of the product that’s all,” Tonto said.

The actress said she was one lucky celebrity who was never auditioned before receiving her first movie role.

“I have never been to any audition before I joined the film industry, I was a lucky person and that is because I have the skills and I am good,” she said.

She called on her fans to beware of fake social media pages people post on to say bad things about her.