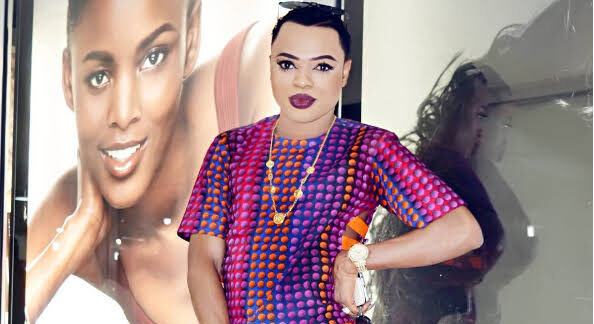 "I may not be a 'she', but I'm making more money than you, that is a 'she'. I'm even using the gender more than you that is claiming 'she'".

On Sunday, Bobrisky, who says she identifies as female, was on the news for assaulting another famous Instagram influencer named Papaya Ex.

Even though she is always in the middle of a social media brawl, the Snapchat star believes that she is “super nice and super free.”

In a not-so-recent interview with media personality Chude Jideonwo, Bobrisky said things people think would upset her don’t get to her.

Bobrisky, who was a guest on the programme ‘With Chude’, was talking about the gender she identifies with.

According to him, when people come to his Instagram to say he can never be a she, he doesn’t think anything about it.

“I may not be a ‘she’, but I’m making more money than you, that is a ‘she’. I’m even using the gender more than you that is claiming she”.

“That doesn’t even bother me. If we are super close, you can address me as anything; I don’t see anything in it. But if we are not close and I’m just meeting you for the first time, you address me as I want to be addressed,” she said.

On why she identifies as a woman, Bobrisky notes that being a woman has paved many ways for her.

“I feel like, when I was a guy then, I didn’t have anything. No money. I was just there, hustling. Nobody wants to talk to you. Nobody wants to associate with you. because you don’t have money. I want to be my boss, so let me use what I have to get what I want,” she said.

According to him, she took a shot at being a crossdresser, not knowing whether it would succeed or not. She said the plan was to do it for a little while and quit.

“My initial plan was to do cross-dressing as a little business and make money. But I was enjoying every moment. Millions of naira drop into my account every week; I make so much money,” she added.

She further stated that in this country, women have more opportunities to be more successful than the other gender.

“There is a saying that na because man too dey suffer, naim make bobrisky run go join woman. People say it just to shade me, but I’ve embraced it. So there is nothing you can say that is going to bother me,” she said.

Speaking during the programme, the internet personality revealed that she graduated from the University of Lagos, UNILAG, in 2016.

She was supposed to head for her National Youth Service afterwards but opted not to because she wanted to make more money.

“I don’t have time to start looking for jobs. In 2017, I was home. Before then, I had a store at Ozone, Yaba. I was selling unisex clothes, wristwatches and all that as Idris.

“I was in my finals in UNILAG. Then, I was a bit restricted. I wanted to be Bobrisky way back from the 200 level, but I had this formidable course adviser in school, and she loved me. She was always like, no, no; you won’t do this. I was able to manage the two years remaining for me in school. So after I left UNILAG, I decided to be the person I wanted to be and make that money,” she added.

Bobrisky told the interviewer that after she left school, she made some money and decided to get a small apartment in Lekki Phase 1 because her friends urged her to.

“My friends were like; I should come to the Island. In 2018, I bought a house in Chevron. It was when I finished the place that I had time for myself.

Bobrisky said that in 2021, she finally gave in to her desire to undergo surgery and liposuction to make her appear more feminine.