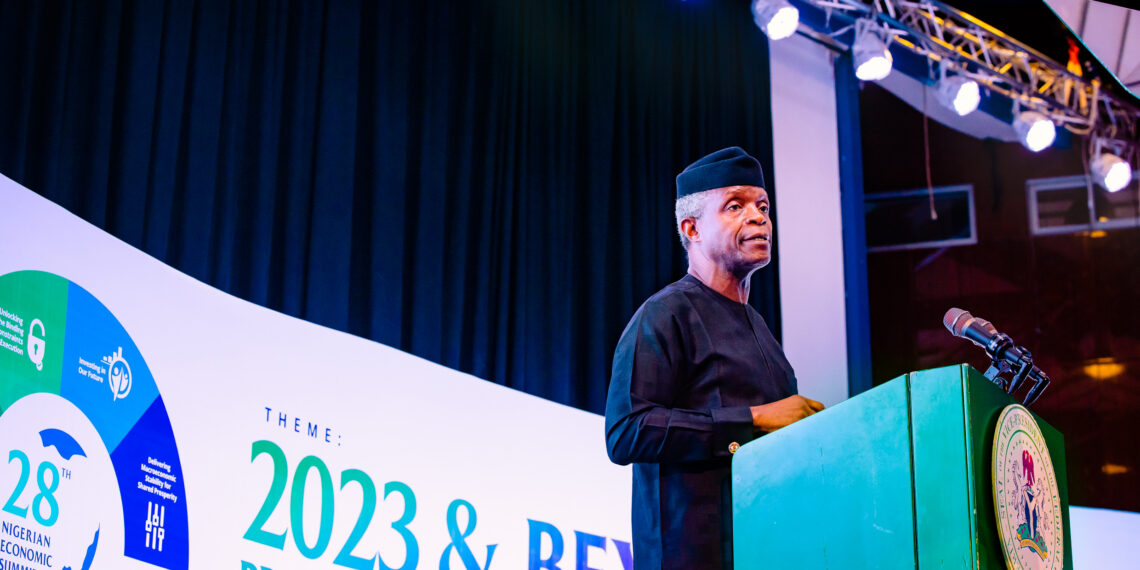 Mr Osinbajo, who represented President Muhammadu Buhari at the UNWTO Global Conference on Linking Tourism, Culture and the Creative Industries, posited that music is a global language.

In his speech, before declaring the event opened, he said people who do not know the meaning of the words of a song enjoy the rhythm.

He said some could go further to discover the lyrics’ meanings, discovering the cultures and ideas that inspired them.

“The phrase “buga won” is a Yoruba expression, it means flaunt your hard won success while “collect your money” means, “take the fruits of your work’’.

“Many all over the world are squaring up their shoulders, saying it doesn’t matter how hard it may seem, let me see you dance and show off your success.

“The musician will be performing the song at the Qatar World Cup in a few days,’’ he said.

The Vice President, who also sang the Afrobeats star Burna Boy’s music, “Last Last’’ recalled that the musicians performed in front of 70,000 people in Finland at Finland’s flow festival 2022.

“Singing songs like ‘last last’ (He don cast ‘last last’ na everybody go chop breakfast) in pidgin English to a cheering Scandinavian audience is the power of music.

“The song is also the first Afrobeat song to have sold over 500 thousand units in less than 17 weeks after its release,’’ he said.

He recalled that in his show at the O2 Brixton in the U.K., Asake sold out to an international audience in less than five minutes.

“It is breaking box office records making over 330 million dollars in sales in its first week,’’ he said,

The Vice President noted that because the vast components of tourism are local and homegrown, they are more likely to be sustainable.