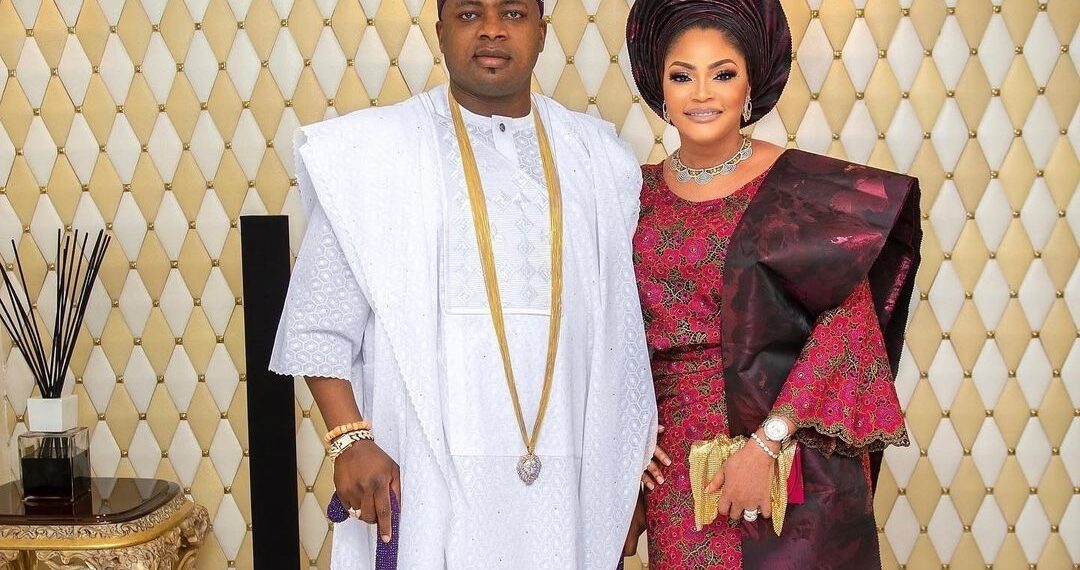 "I didn’t marry a king, I married a young man, who I love, and we were growing together managing and planning. It was hard then".

Unlike the Ooni of Ife, Adeyeye Ogunwusi (Ọjájá II), who married five wives in October 2022, Oba Saheed Elegushi’s decision to take a second wife was a bitter pill to swallow for his first wife, Olori Sekinat.

Oba Elegushi, Kusenla III, is the 21st Elegushi of the Ikate-Elegushi Kingdom.

The Government of Lagos State presented him with the office staff on 27 April 2010.

Oba Elegushi married his first wife, Olori Sekinat, in 2003, and they have three daughters.

In May 2019, the 46-year-old monarch married a Kano indigene, Hadiza Yakasai, at the famous Jumaat Mosque, Yankaba, Kano State.

The new Olori is the daughter of Kano political figure Tanko Yakasai. She is also a Business Development Manager in an organisation which plays in the oil and gas industry.

She welcomed their son in the UK in August 2020.

In an interview with kemiashefonblog Blog, Olori Sekinat, said the news of a second wife came around when her mother died. Yet, she said she still had to deal with the fact that the man she loved was marrying another woman.

“I didn’t marry a king, I married a young man, who I love, and we were growing together managing and planning. It was hard then, but I realised that some of these things come with the demands and pressure of the throne.

“Why then continue to worry about it? The moment he became a king, I knew issues like this would come up, but I have to support and stand by him,” she said.

Olori Sekinat admitted that when her husband was nominated for the throne, she feared he would take a second wife.

“Part of my fear was that he would take another wife. Then, I was pregnant with our third child. When he was crowned, I returned from abroad early with the baby to be with him for the coronation and other rites.

“Initially, it was a bit challenging as there were many demands, which I wasn’t used to, but since I was familiar with some of the palace procedures and the people there, we were able to settle down,” she added.

As the Olori recounted, she met the king, a student, at her late mum’s shop on Lagos Island.

“It was one of the holidays when I was at the shop when he approached me. Initially, I turned him down because I tried to avoid many of the young men around that area,” she said.

However, due to his persistence, they became friends. He pressed on and asked her to date him.

“Interestingly, I never knew he was a prince because he didn’t talk about it. We started dating, and I recall he asked that I hitch a ride with him on public transport.

“He wanted me to ride in the molue! I had never done so because I had a car. He finally convinced me, and I did. It was a weird experience because I ended up sitting on his lap! I think I liked the experience, and it formed part of our memories of growing together. I even lost a gold earring during the molue ride,” she recounts.

She said that despite an initial refusal by her father because she was still a student, the marriage plans started.

In 2010, he was crowned the 21st Elegushi of the Ikate-Elegushi Kingdom after his father, the late Oba Yekini Adeniyi Elegushi, passed on.

When he was crowned, he was 34 years, which made him the youngest king in Lagos State.