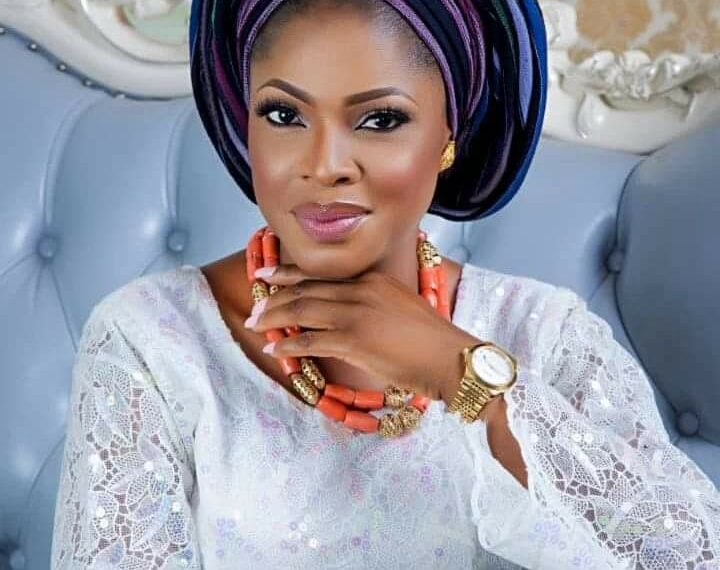 As previously reported by PREMIUM TIMES, the Ooni of Ife, Adeyeye Ogunwusi (Ọjájá II), will marry his sixth wife, Temitope Adesegun, on Monday.

She will join the ranks of Olori Mariam, Olori Elizabeth, Olori Tobi, Olori Ashley and Olori Ronke, whom the 48-year-old monarch married in one month, an unrivalled feat in Nigeria.

Mr Olafare shared the photo of the new Olori on Facebook alongside cake and emojis, saying, “Olori Temitope Adesegun Ogunwusi

Ms Temitope has vast experience working in both the public and private sectors. She is also a humanitarian.

She is said to be a divorcee based in Lagos.

During the Babatunde Fashola administration, she was the Personal Assistant to the late Secretary to the State Government, Princess Aderenle Adeniran-Ogunsanya.

Before that, she bagged diplomas in Linguistics and Data Processing from the University of Lagos in 1998 and 2000, respectively, and a bachelor’s in Business Administration from the same university.

She also has experience with the media as she was the anchor and host of the Lagos State Ministry of Health Public Health Advocacy Program, ‘Health-Wise’ aired for four years.

She recently teamed up with the Ooni to set up the Hopes Alive Initiative, which provides amenities to underserved communities.

The Ooni of Ife married Ronke Ademiluyi on Thursday.

She is the fifth bride the Ooni has taken in quick succession after his divorce from Naomi Silekunola.

About a month later, on the 9th of October to be precise, the traditional ruler got married to Tobi Phillips.

Days after his marriage to Olori Philips, Ooni Ọjájá II took Ashley Adegoke as his wife on the 14th of October.

He later followed this up with his marriage to Ronke Ademiluyi.

Before he was crowned Ooni, he married Adebukola Bombata in 2008.

In 1994, he welcomed a daughter, Adeola Ogunwusi, with his ex-lover, Omolara Olatunbosun, during a short-lived romance.

Before that time, he last made the news in December 2021 when his now-divorced wife, Naomi Silekunola, an evangelist, announced their divorce.

His other ex-wife, Wuroala Zaynab Otiti-Obanor, in March 2016 broke the news of their divorce in a similar manner on Instagram.