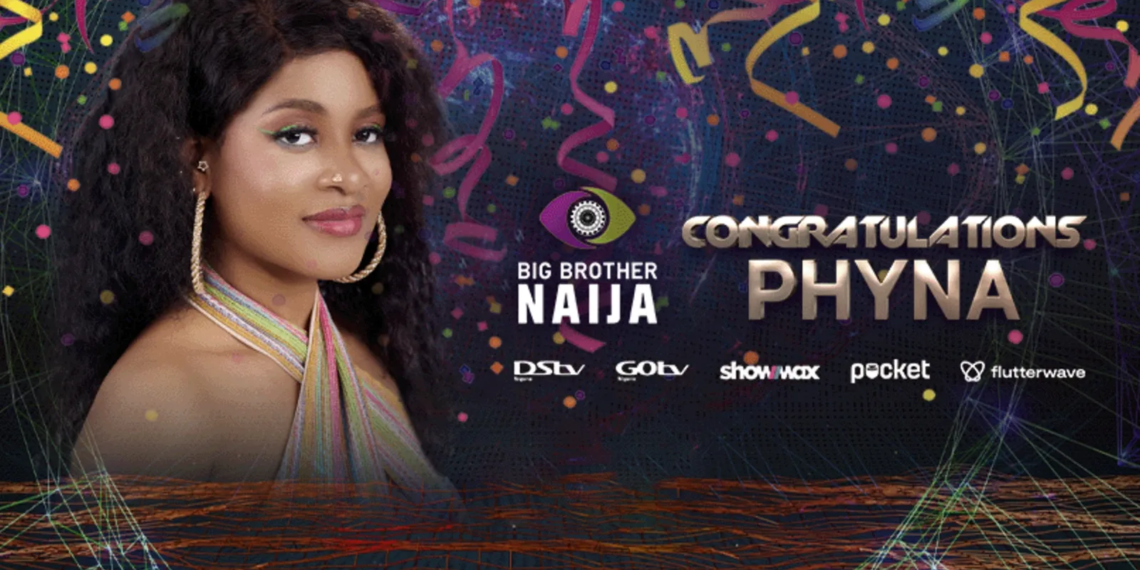 “This year, we employed over 1,200 people, directly and indirectly, we touched every bit of the economy, and today we had over four to ten thousand people across various industries working on this show”.

Tagged ‘Level Up’, the show premiered on 23 and 24 July and ended on Sunday with 25-year-old Phyna declared winner of the N100m star prize.

Mr Ugbe said: “This show also contributed significantly to the Nigerian economy; an example is the production cost of about 4.7 billion Naira, including licensing, auditing, marketing, remodelling cost”.

He also revealed that as part of Big Brother Naija’s contribution to the economy, they created employment opportunities for many.

“This year, we employed over 1,200 people, directly and indirectly, we touched every bit of the economy, and today we had over four to ten thousand people across various industries working on this show”.

On the statistics of votes gathered at the competition this year, Mr Ugbe said this edition broke previous records with over 1 billion votes cast

During his remarks, he congratulated Phyna on her win and expressed his gratitude to all her housemates

“Thank you, level up housemates, the real ones, the fake ones, even the riders; you all played your part in this beautiful season, you gave us premium entertainment, and we watched you for ten weeks”.

He also thanked all the sponsors of the show and the team of Big Brother Naija like Pocket by Piggyvest, headline sponsors, Flutterwave-our associate sponsors and all the other sponsors”.

The CEO also stated that the games and tasks created more winners this year with over an N100m worth of prizes won just from jobs alone this season”.

While expressing gratitude to the viewers and fans, Mr Ugbe revealed that some lucky fans who locked in their favourites with multiple votes would receive N1m each.

Ebuka Obi-Uchendu, the show’s host, spoke on the processes that made the just concluded season a success.

He said: “It takes a village to get this off the ground; on a Sunday live eviction show alone, over 50 people are working, while indirectly, over 14,000 people are involved in the Saturday night parties, in aspects like costumes and other things.”

“I was very nervous when the season started; we had two channels; I hoped we wouldn’t have any glitches or something,” Ebuka said while speaking on the new twist and developments this season.