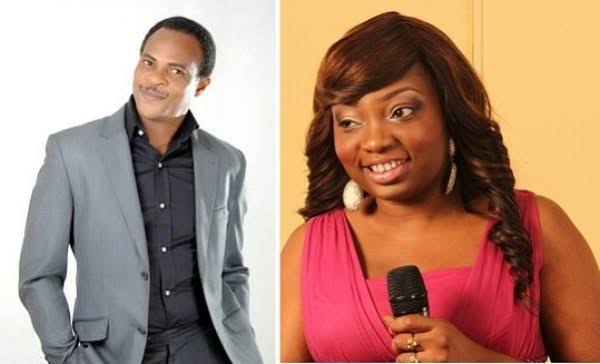 "There's no way they would mention Fred Amata, that they won’t mention Agatha Amata because I have two children for him, and I married him..."

They have two children, Oreva and Stephanie.

Three years after their divorce, her ex-husband welcomed a daughter, Zino, with actress and ex-beauty queen, Ibinabo Fiberisima, in London.

Ms Amata became famous for her talk show, ‘Inside Out with Agatha’, which is said to be the longest-running television talk show in Nigeria, airing for over twenty years.

In an interview with Chude Jideonwo on the show #WithChude, Ms Amata opened up about single motherhood and how she handled the divorce, among other issues.

Ms Amata stated that, to date, some people still wish that she reunited with her ex-husband.

She said people asked her to get back together with the veteran actor and forsake some of her children.

“Some people still say that they pray Fred and I will get back together. I meet these people every day.

“I know that everybody wishes you well, but I always say to people, you can’t expect me better than I want myself. So if on my wedding day, as I was dancing and rejoicing, I certainly had no plans to leave the marriage.”

Ms Amata, a graduate of Botany from the University of Jos, also said that nobody in their right mind gets married with the hopes of getting a divorce.

“It’s not possible. If anything, it is going to injure those children and their outlook and their approach to marriage. The best you can do is for both of you to try to remain friends, as difficult as it may be, which is what I tried to do,” she said.

Acknowledging that the marriage didn’t work, the CEO, who retained her ex-husband’s surname, said she would not beat herself about it for the rest of her life.

I had to acknowledge that there’s no way they would mention Fred Amata, that they won’t say Agatha Amata because I have two children for him, and I married him.

“Amata’s ex-wife. That’s the introduction. It doesn’t matter what. I’m sure that even if I remarry and they want to introduce me, they will say ‘the former wife of…’.”

Ms Amata, who grew up partly in Kano, said she has come to embrace it, acknowledge it and work with it.

Speaking on the show, the 53-year-old media entrepreneur revealed that she put certain aspects of her life on hold to focus on raising her children.

She said she had no friends as everything about her life became about her children.

She said, “I stopped everything and focused on my children. If you look around, even in my office, their bed was there.

“Even when I sent them abroad to study, every month I was in their school. If they had Parents Day, I was there. They had anything they had to do, and I was there.”