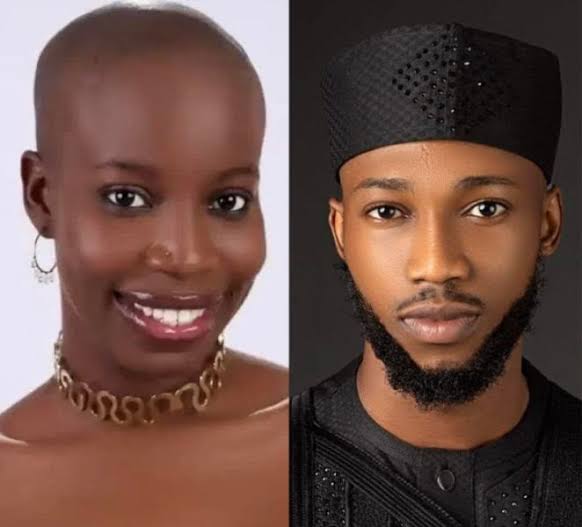 Sunday's live show began with suspense and drama as House Guests were escorted out of Biggie’s House.

Allysn and Dotun, on Sunday night, became the latest housemates to be evicted from the Big Brother House week 8.

The duo were nominated on day 51, alongside Adekunle, Bella, Dotun, Hermes and Sheggz, because they were the housemates with the lowest votes of the week

Sunday’s live show began with suspense and drama as House Guests Chomzy, Doyin, and Eloswag, were escorted out of Biggie’s House.

Allysn, who was not nominated for eviction by due process but through the veto power of Phyna, who won the Head of House games on Day 51, had little to say about her eviction.

She just reconciled with her friend Doyin who had issues over previous arguments.

While on stage with the show anchor, Ebuka Obi-Uchendu, Allysn spoke about her relationship with Hermes and her time in Biggie’s House.

Dotun, the Housemate who fell head over heels in love with fellow Housemate Daniella, was the casualty of the second eviction.

While the Housemates were still in shock from losing four of their housemates (including those from the 9th Eviction), the second Eviction was announced.

While on stage with Ebuka, he spoke about his time in the House and how he truly felt about a relationship with Daniella. He replied, “It’s Daniella; it has to be Daniella.”

Allyson and Dotun were not the only casualties of the Eviction show.

Chomzy, Eloswag and Doyin, being escorted out of the house, left the housemates confused about the gameplay.

Biggie earlier decided to treat them as house guests till 18 September.

Speaking with Ebuka, Doyin mentioned her complicated relationship with the other Housemates and her feelings for fellow housemate Chizzy.

About her future relationship with Chizzy, she said, “I know he likes me; I think he is cool, but what we have is friendship.”

Eloswag did not mince words about his intentions with Chomzy; he said, “I want to take things outside the House, but it depends on her.”

Chomzy, who also left the house with Eloswag, confirmed she was interested in their relationship and wished to continue outside the House.