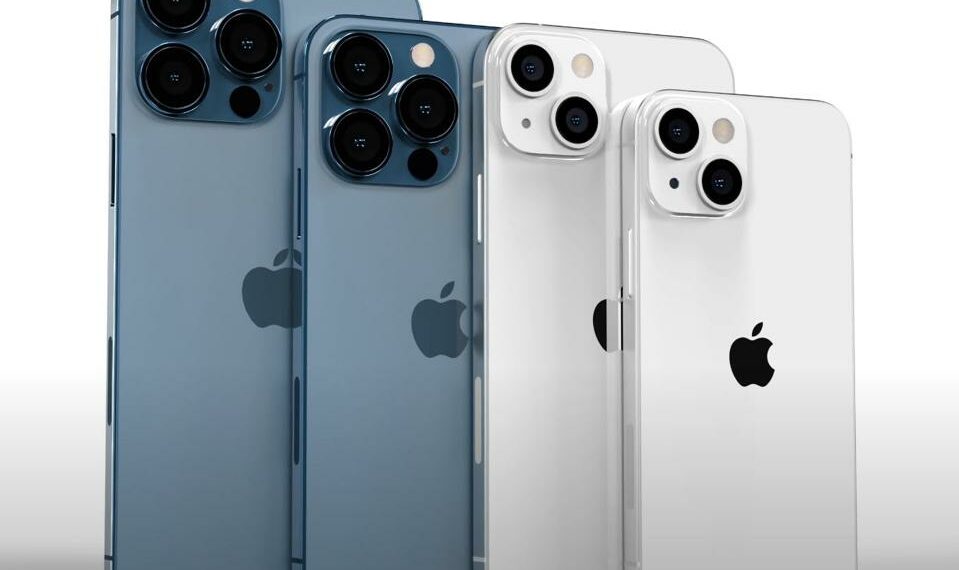 With the success of the iPhone 13, Apple is predicted to launch the iPhone 14 in September.

While there has been no definite release date from Apple, except for speculations, iPhone releases generally occur in September, except for 2020, amid the pandemic.

Given that, we anticipate that the iPhone 14 range should be delivered sometime in September.

The 2022 Flagship, with current rumours, is expected to receive a redesign that may include the removal of the Face ID notch and a new camera setup, launching with the new iOs 16.

Speculated models for the iPhone 14 include 14, 14 Max, 14 pros, and 14 pro max. Several leaks state that the 14 max is expected to replace the mini-series of the iPhone; the sizes of the iPhone will be much more different due to the model’s speculation.

The iPhone 14 models are expected to look like the iPhone 13 models with the same flat-edged design. Leaker Jon Prosser claimed that Apple would introduce a thicker chassis with no rear camera bump and round volume buttons. Still, his information appears to have been incorrect based on later rumours and part leaks.

Base storage for the iPhone 13 was 128GB; the manufacturers are expected to retain 128GB as their base storage while providing the usual 256GB, 5and 12GB. Higher storage spaces are yet to be ascertained. 14 Pro max is expected to have 256Gb as its base storage.

iPhone 14 is expected to come with the A15 chip in the iPhone 13 models; 14 is scheduled to receive an overall performance. According to Apple analyst Ming-Chi Kuo, only the iPhone 14 Pro models will get a new and faster A16 chip. New models of the iPhone typically come with an updated A-series chip, but Apple might ot do that this year.

According to Ming-Chi Kuo and other sources, the iPhone 14 and iPhone 14 Pro models will feature 6GB RAM, the same amount of RAM available in the iPhone 13 Pro models. Taiwanese research firm TrendForce has also corroborated this.

A new purple colour has been leaked. Though unconfirmed, a rumour suggests that both the iPhone 14 and iPhone 14 Pro models will be available in a purple shade that has a unique finish that shifts tone based on lighting conditions. Other colours are yet to be revealed, but we expect Apple to be artistic with the colours they choose for the devices.

Prices of the iPhone are expected to be on the rise due to inflation in the US. One is rescheduled to start at $999, while the Pro series will begin selling at over $1000.

These prices are expected to differ significantly across the global market.

Camera and Other Technology

Apple has been jealously guarding the camera specifications, but the leaks and rumours have it that there would be a new 48 MP primary sensor for the iPhone 14 Pro cameras. This would theoretically allow the latest iPhone to shoot an 8K video.

Some rumours, however, state that the non-Pro iPhones will stick to the old 12 MP sensor.

As before, we expect Apple to implement their formula of two cameras on the non-Pro models and triple cameras with an extra LiDAR on the Pro models.

Apple leaks suggest that the body chassis may be made from Titanium, new cooling technology and a high screen refresh rate of 120hz. Apple lighting port remains in leaked reports but might be getting the universal USB-type-c in subsequent models.