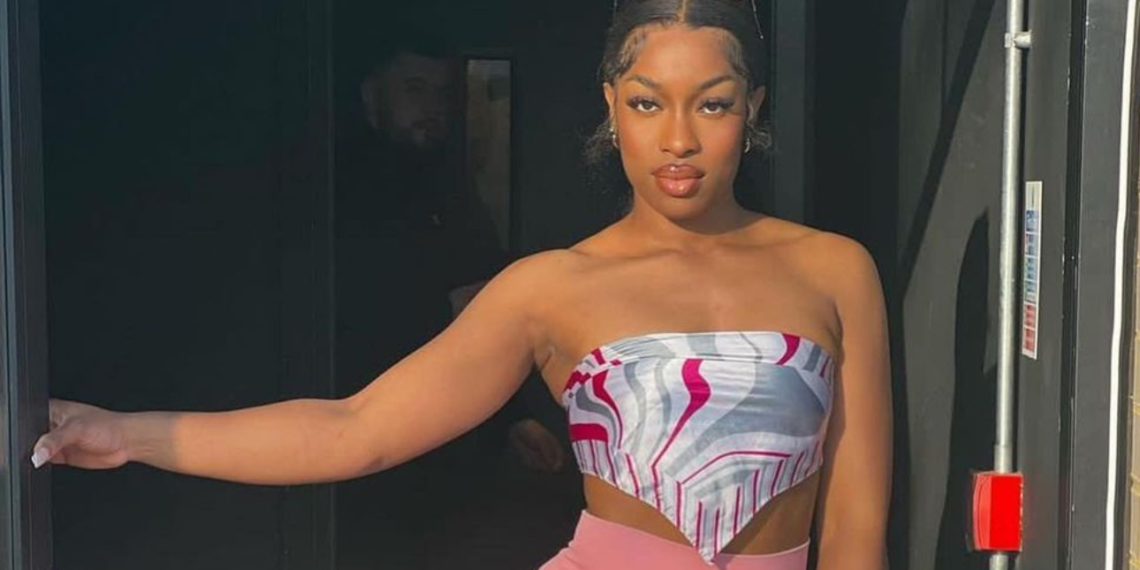 Steph Briella, a London-based Nigerian and the partner of the victim of the shooting at Club Cubana, has narrated her ordeal.

On June 8, Ms Briella, in the company of her partner and her best friend, who visited Nigeria from America for their childhood friend’s wedding, went to Club Cubana, Victoria Island, Lagos, when Burna Boy’s aides allegedly shot at them.

According to a preliminary police report by the Bar Beach Police Division in Lagos State, trouble started around 4 a.m. when the Grammy winner and five police escorts visited Club Cubana on Victoria Island.

Mr Lawrence, who allegedly sustained injuries on his head and leg, is Briella’s partner.

Ms Briella, on her Instagram page on Monday, narrated how the Grammy winner allegedly watched his escort shoot her partner because the singer’s escort allegedly made several advances at her.

She claimed he told her that Burna Boy wanted her to come over to his section of the club and how she refused, explaining that she was married.

This is coming after the Inspector-General of Police, Usman Baba, directed the Lagos State Police Commissioner, Abiodun Alabi, to investigate the shooting by personnel attached to Burna Boy at Club Cubana.

According to Briella, she was in the club with her partner and best friend to unwind and have fun.

She said, “Burna Boy and his friends also came in. We were still there, having fun. As the night progressed, one of Burna Boy’s friends walked to talk to me; his request was for Burna Boy to talk to me.”

Briella said that Burna Boy’s escort accosted her, but she declined on several attempts.

“On that first attempt, I told him I wasn’t interested in talking to Burna Boy, and I am married to my partner. He came again the second time and was met with the same response.

“He came the third time, and that caused a few of our friends to flare up as they asked why he kept coming to disturb me.”

According to Briella, the fight in the club began when Burna Boy’s security and her partner traded words back and forth, degenerating into war.

Briella said that in the heat of the fight, Burna Boy’s escort fired a gunshot.

“At this point, I couldn’t find my partner or my best friend. I was screaming for help after being lifted and thrown so hard on the floor by one of Burna’s friends, and I hurt my left shoulder.”

She added, “All our private police officers were not allowed into the club, so it was left to us to fight for our lives. One of our friends, @theflowolf, tried to get Burna Boy to calm the situation, but he only laughed at him and proceeded to get in his car whilst being protected by his security.

“The shootings happened twice at different times. His friends were also shooting at people trying to evacuate the club through the main entrance.”

Briella said the singer and his aides were out to kill and didn’t care who got hit.

“My partner’s head was bleeding profusely, and his friend lost so much blood he needed a donor as soon as he got to the hospital.”

Briella said that Burna Boy left the club without a scratch and flew out to Spain the following day.

She said that Obi Cubana, the club owner, only reached out to her four days after the incident.

Briella said that Obi Cubana claimed he had no idea what had transpired at his club and the business mogul promised to do everything to bring justice for attempted murder.

Briella also said that 11 days of after Mr Cubana’s promise, the club’s management had failed to release any CCTV footage or address the incident in a statement.

She said, “Business has carried on as usual for him”.

“To sum things up, I’m traumatised. I’ve broken down every day since then. The random flashbacks and nightmares.”

She wrote, “The lack of remorse or accountability is beyond me. At least two people could’ve died that night.”

Ever since the ugly incident occurred, Burna Boy has kept mum on allegations made against him.

On Monday, shortly after Briella’s post, Obi Cubana reacted to the shooting at his club in Victoria Island, Lagos.

The businessman, on his verified Instagram page, said that he would provide the necessary information to aid the investigation into the shootout at his club.

He also seized the opportunity to advise youths on how to make discourse about the forthcoming elections in 2023.

He wrote: “As Regards the issues making rounds on social media, we at Cubana Group have given all information at our disposal to the legal authorities.”

“However, we wholeheartedly sympathise with any/all those who this may have impacted. Our group and I would never compromise standards, as we have confidence in the authorities handling everything.”

She wrote, “Is this all you got, pathetic.”

PREMIUM TIMES contacted the Lagos State Police spokesman, Benjamin Hudeyin, for an update on the investigations on Monday, and he promised to respond later.