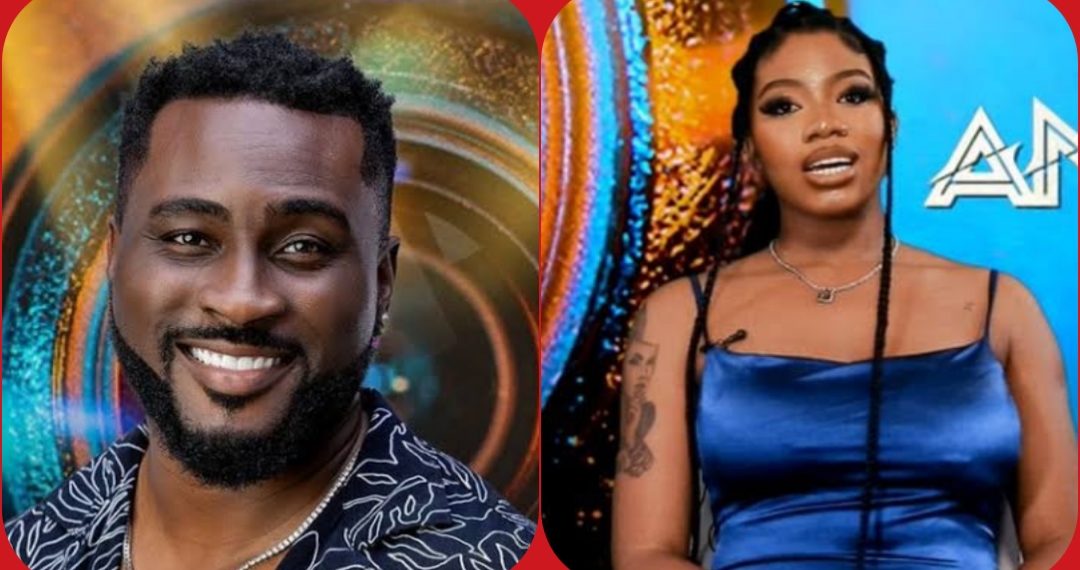 There was so much uncertainty in the air following Pere and Angel’s fake eviction on Sunday night.

Saga, Queen and Nini were the real evictees from the show while Pere and Angel were taken to a secret room unknown to the other housemates.

The duo was isolated in a ‘white room’ in the BBNaija house and had to fight to win a spot in the finals by playing and winning the ‘trucks and screwdrivers’ game as instructed by Biggie.

This plot twist sparked several reactions from the BBnaija faithful.

While Angel’s fans accepted the twist in good faith, Pere’s fans hit the streets of Lagos on Monday morning to express disappointment over Biggie’s decision.

Pere’s fans said their favourite who had the highest number of votes on the eviction chats deserved an automatic passport to the finals without having to partake in the new plot twist.

However, the voting poll shows that Pere had 25.31 per cent of the votes while Angel had 14.63 per cent.

Within 24 hours Pere’s fans stormed the Multi-Choice Ilupeju Lagos office to protest against the surprising twist introduced by the organisers of the Shine Ya Eye episode of the Big Brother Naija show.

Pere and Angel were pitted against each other for them to continue as finalists on the show. Biggie said the winner of the game would return to the house while the loser would be automatically evicted.

Pere’s fans claimed their favourite topped the charts by a wide margin and need not be included in the twist.

Tosin Brian, one of the organisers of the protest, told PREMIUM TIMES that the twist orchestrated by the production team of Big brother Naija, Multichoice and Dstv is utterly wrong, unfair and unjust.

He said: ‘We are to vote to save our favourite in the top five positions. Let our votes count. This is a blatant disregard to the viewers and people who spent their time and resources to vote for Pere.

“It is an intentional act by the producers to ensure Pere doesn’t make it to the Top 5 and we will not be silent for this injustice. The show has lost its credibility and it’s fraudulent if they can go to this extent to deliberately sabotage a particular housemate who they dislike.“

Pere’s Instagram handler stepped in and gave a vote of confidence to the organisers of the show.

He said they are people of integrity and their credibility has never been questioned since they started years ago, hence urging fans to exercise patience and let the twists play out.‘

However, fans have reassured the housemate’s management that they will continue voting for their favourite even if he scales through this twist.

At 4:10 p.m., Pere and Angel started the game in a bid to determine who would make it to the final.

Ebuka, the host of the show, described the game as ‘double jeopardy and instructed them to enter the White House and commence the game when the green light turns on.

They were given a task to dismantle some sets of toy trucks and count the pieces, without breaking the toys.

Pere who first noticed the light alerted Angel and they dismantled the toys and machines which were packed on a big truck.

At the end of the task, Angel got 56 parts while Pere got 54 parts, which added up to the required 110 pieces of toys.

As against the first announcement, Biggie rewarded Pere and Angel, both a chance to join the other finalist housemates.

The results and resolution of biggie in today’s game has guaranteed Pere and Angel an automatic slot in the finals.

The duo will slug it out with Emmanuel, Liquorose, Cross and Whitemoney I’ll the quest to win the N90m grand prize.

The BBNaija Shine Ya Eye edition will end on October 3.