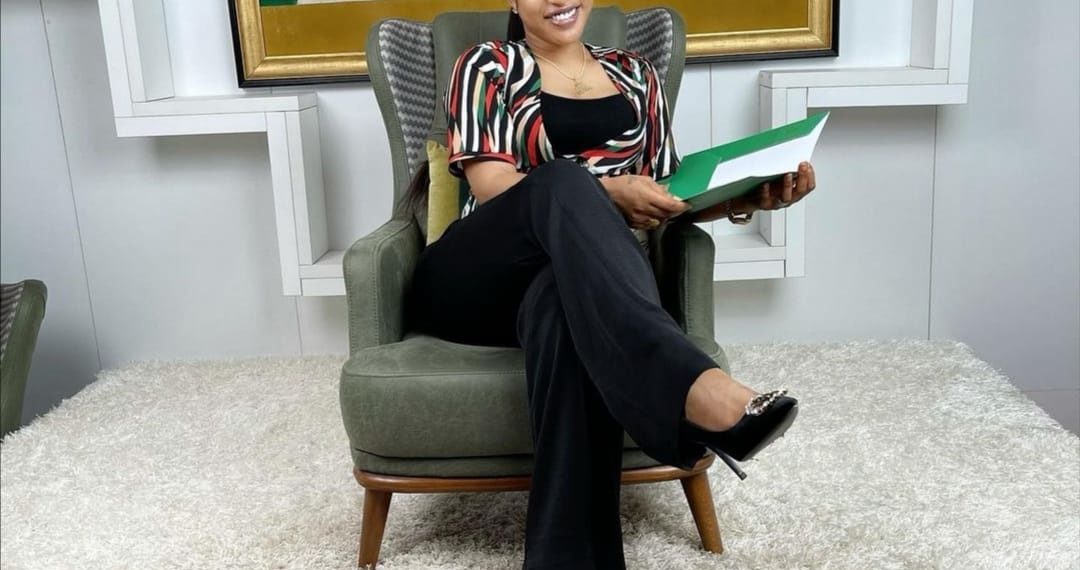 The actress shared the information with her 6.8 million Instagram followers on Tuesday.

A controversial Nollywood star, Tonto Dikeh, has once again announced her unflinching resolve to rule Nigeria some day.

The mother-of-one, who recently unveiled her politician lover, Prince Kpokpogri, shared the information with her 6.8 million Instagram followers on Tuesday.

She also informed her followers that she was “back to school” in a series of pictures suspected to have been taken in an academic environment.

The River-State-born, who did not disclose the institution’s name or her course of study, added, “back to school, I’m determined to rule this country someday. I am the process to the quality I want.”

Critics say her political ambition might not be unconnected to her latest relationship with her politician lover.

Mr Kpokpori, who is popularly called the Prince of Niger Delta, is also the chairman of the Anti-Corruption and Integrity Forum. He also publishes Integrity Watchdog Magazine which is sold in Delta State.

This is not the first time Ms Dikeh will make her political ambition public. During an interview with the Ovation Magazine publisher, Dele Momodu, in 2020, she announced her intention to go into politics in 2023.

Although, at the time, she said she was already “watching the grounds for the senate.”

“I do know that I’m going to be a senator. I think the position is going to climb up. Being a governor, I do not know. But I don’t see anything past me. Anything I put my mind to…,” she said.

“I can do it. I’m in the process; I’ve started. I’ve been watching the grounds. I’m not going to be identifying with any political party at the moment until 2023.”

Sudan to hand over former president, Omar Al-Bashir, to ICC