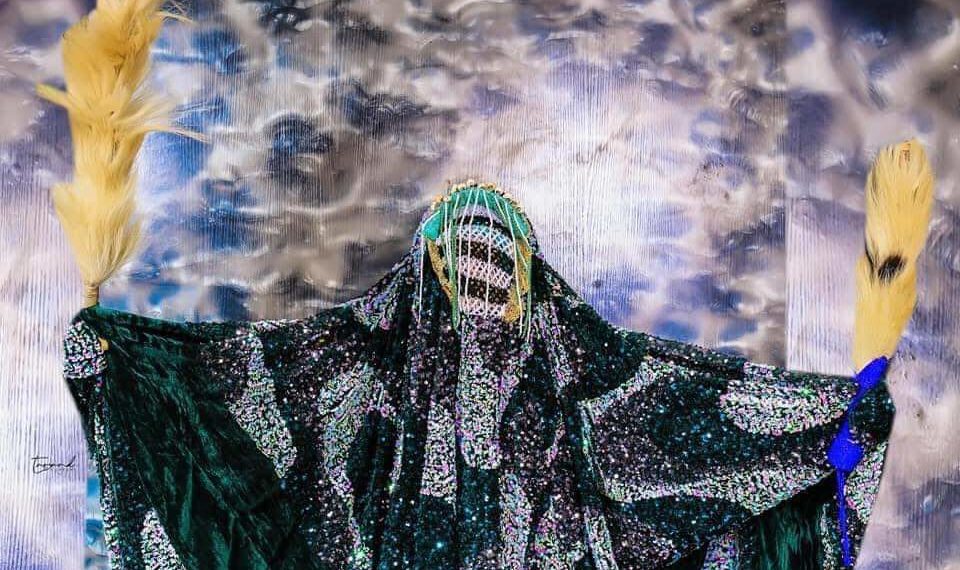 The Egunguns struck different 'modern' poses in the images that have found their way online.

For centuries, masquerades or Egungun as they are popularly called in the western part of Nigeria, have been revered, worshipped and regarded as a collective force.

However, it appears that narrative is fast being modified as masquerades have been somewhat demystified and spotted doing regular things that humans do.

From fighting at major bus stops in Lagos to even featuring in comedy skits on social media, Egunguns are clearly doing the most these days.

Over the weekend, several masquerades donning glittering outfits were seen in major studios in Iwo, Osun State, having a proper photoshoot in preparation of the 2021 Egungun festival. They struck different ‘modern’ poses in the images that have found their way online.

The two-day festival will kick off on August 13 and end on August 14.

A platform, Iwoland Hub, which shared the information and the photos on Facebook, said the Paramount Ruler of Iwoland, Abdulrosheed Adewale, has embarked on a campaign demanding an upgrade of the Egungun festival as against just worshipping.

Many have lent their voices too.

“It could be recalled that one of the masquerades two years ago presented a pressing iron to Oluwo during a festive visit to the palace.

Indeed, good things can be made better through an upgrade just as many old practices are modernised to meet current taste. Egungun Iwo tija, Egungun to nya photoshoot,” they wrote.

The Egungun festival, held annually in Iwo town, attracts tourists from different parts of the world.

A similar festival is also held annually in Okeho, Oyo state in July.

It is usually a colourful spectacle at the palace of the Oluwo of Iwo where scores of masquerades are on display, dancing and praying for the monarch and the town.

With modernisation fast leading to erosion of cultural values and practices, the organisers of the festival have said the initiative will help preserve the tradition for generations to come.

Cholera spreads in Nigeria as 146 confirmed dead in Kebbi