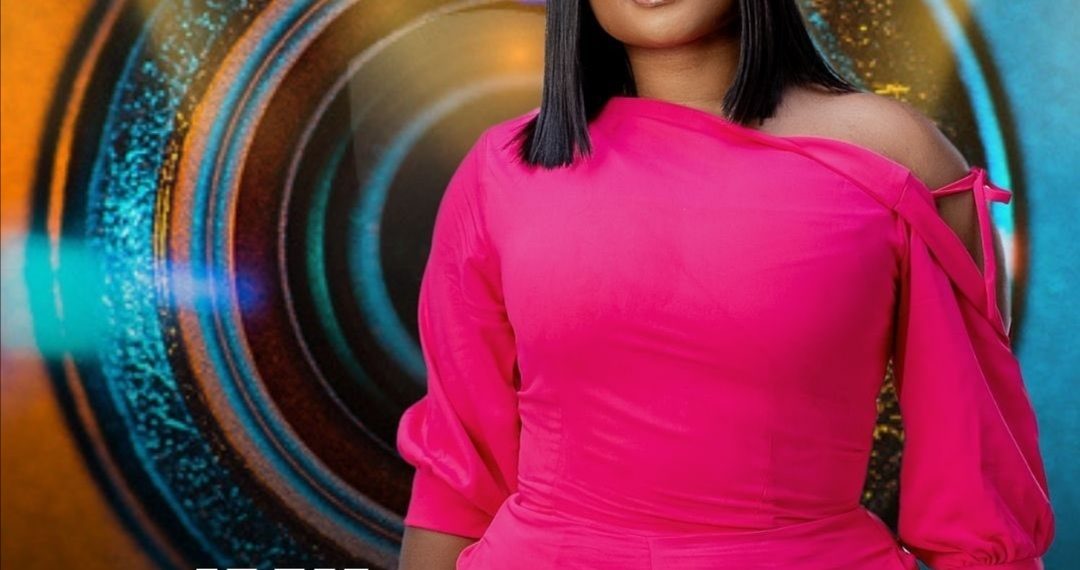 Minutes after she was announced as a new housemate, her name rang a bell, and Nigerians Twittersphere went to work.

A series of old tweets by Jumoke (JMK) Adedoyin, a new housemate in the ongoing Big Brother Naija, ‘shine ya eye’ edition, have resurfaced online to haunt her.

JMK, a 23-year-old Law graduate from Kwara State, and three other housemates were introduced into the BBNaija house on Sunday night in a surprise twist to the game.

Other newly admitted housemates are Michael, Kayvee, and Queen.

The new housemates made their way into the BBNaija house shortly after Yerins, Niyi, and Beatrice’s eviction from the show.

Minutes after JMK was announced as a new housemate, her name rang a bell and Nigerians Twittersphere went to work.

In minutes, they dug up her past tweets wherein she bashed previousBBNaija  housemates including Laycon, Tacha, Nengi, Erica, and others at various times in 2018, 2019, 2020,

On Laycon, she wrote “Laycon na hypocrite, she last last, he wishes it was him instead.” 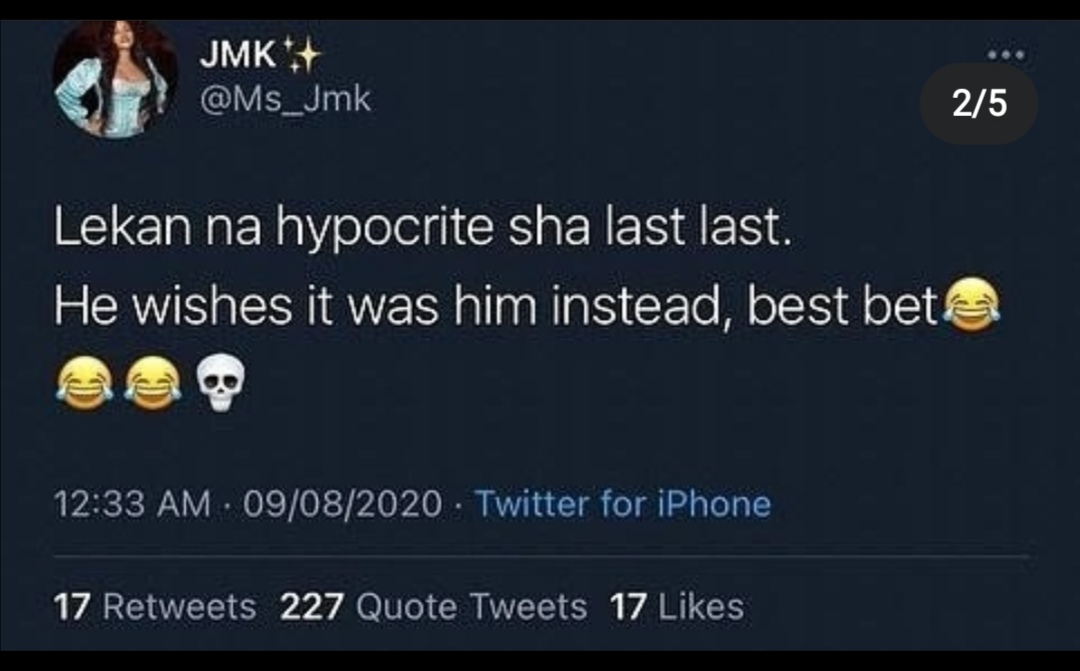 On Erica, she said,”Erica should better fire her stylist! That picture is very upsetting”. 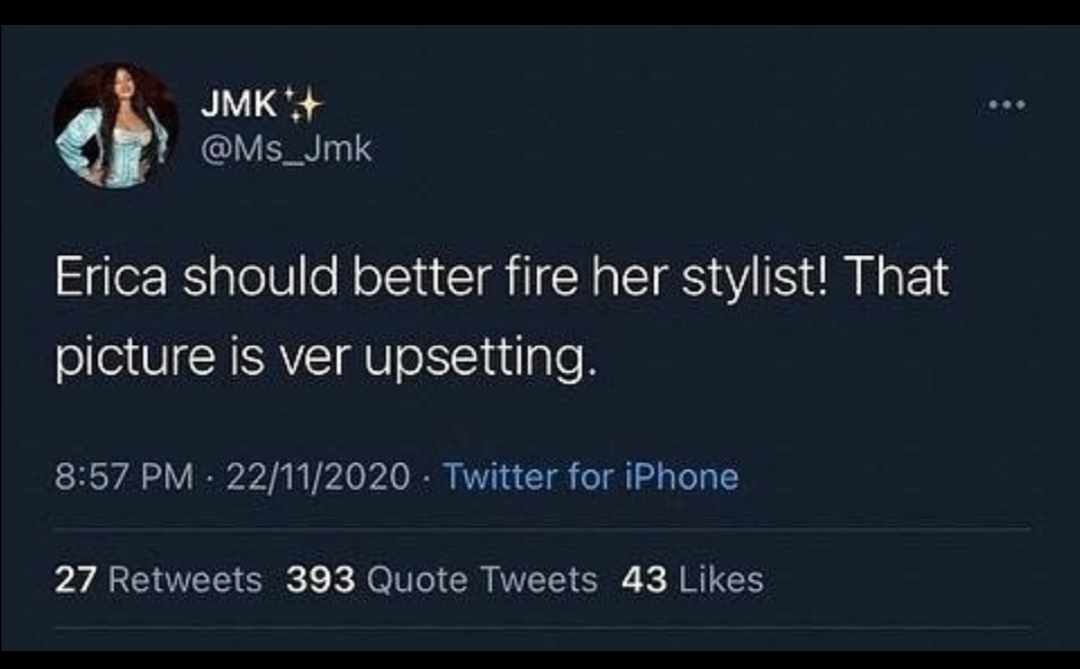 ”Only Tolanibaj and Nengi put efforts to look good. The rest dressed bleghhhh” 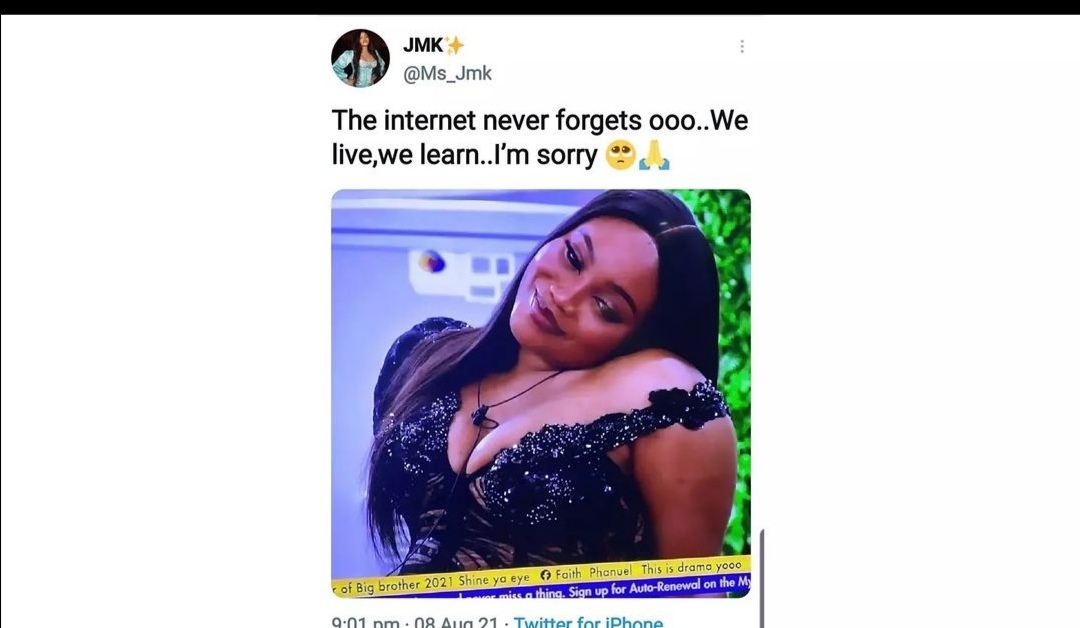 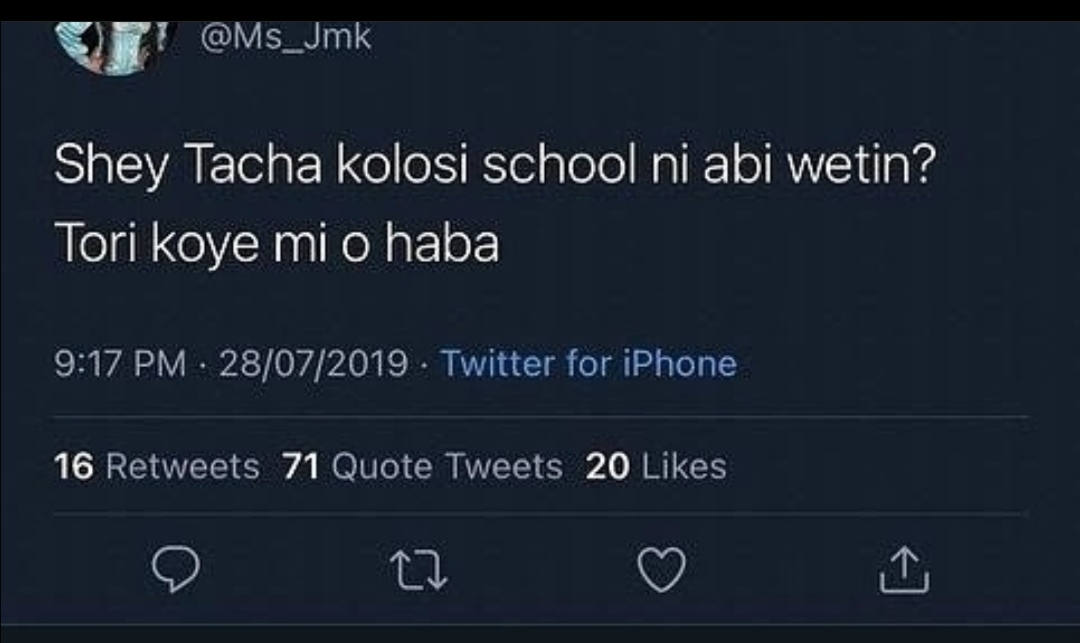 She also threw a jab at the music star, Wizkid, calling him “irresponsible, childish and pompous.” 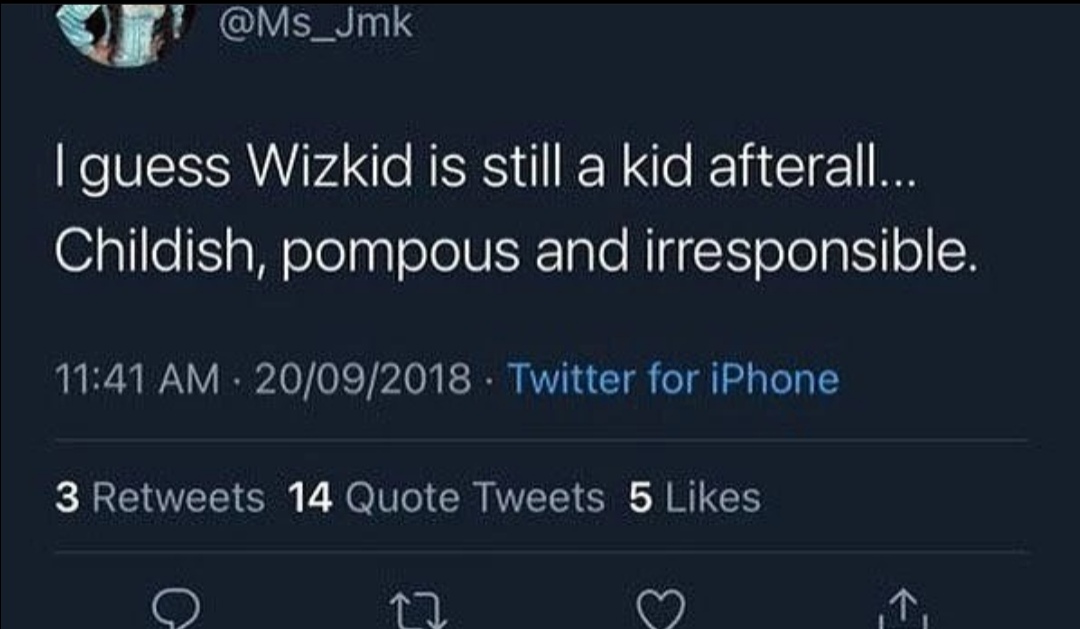 Her tweets generated several reactions online as social media users predicted she won’t last a week in the house.

She was also quoted as tweeting that she isn’t and doesn’t watch reality tv shows, because she doesn’t believe in them.

Meanwhile, during a conversation with a fellow housemate, Angel, in the room on Sunday night, JMK said she just took her bar exam and passed but that the call to the bar ceremony and her entrance into the house clashed.

JMK added that she chose the reality show over her call to the bar because the opportunities that come with BBNaija are huge.

”I didn’t make it to my call to the bar. It was either BBNaija or that. My result came out well so I can always be called to the bar later.

“I do not want to miss this opportunity because it’s huge,” she said.

“The decision was tough for me. I was losing my shut in between because I thought what my folks would think after you spend six years and you did not make your call to the bar.”

In BBNaija Season 6, about 14 hand-held cameras and 37 Q-Ball cameras capable of seeing the housemates at all times have been installed in the house.

The reality show has already topped previous seasons as MultiChoice Nigeria has announced a grand prize of N90m – the highest in the show’s history.