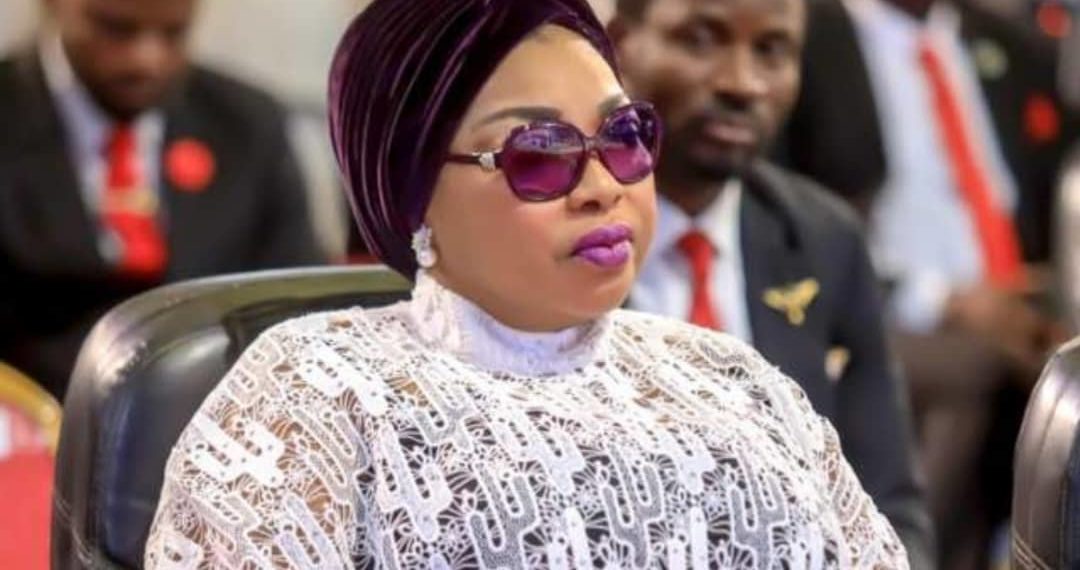 Precious Chikwendu, who has been locked in a child-custody battle with Mr Fani-Kayode following their break-up in August 2020, recently alleged a threat to her life by the ex-senator.

Grace Bent, a former Nigerian senator, has threatened a lawsuit against Precious Chikwendu, the estranged wife of a former aviation minister, Femi Fani-Kayode, over alleged defamation.

Ms Chikwendu, who has been locked in a child custody battle with Mr Fani-Kayode following their separation in August 2020, recently alleged a threat to her life by Ms Bent.

She also claimed Mrs Bent is ‘‘running errands’’ for her ex-husband to deny her custody of her children.

Ms Chikwendu, an ex-beauty queen, went public on social media and said the ex-senator verbally threatened to deal with her using the police and the SSS on July 29.

”Given the antecedents of her collaborator-in-chief, there is no iota of doubt that they are indeed trying to use law enforcement agents to accomplish their dastardly and nefarious agenda against me!, she said

Mrs Bent, who is a close friend and longtime political associate of Mr Fani-Kayode, has debunked the allegations, describing it as a “very weighty” one that carries “assassination tendencies and intendment.”

In the statement signed by her spokesperson, Timothy Williams, the ex-lawmaker said she swiftly reported the matter to the police for investigation.

Mrs Bent described the claims by Ms Chikwendu that she and Mr Fani-Kayode plan to jointly and “abusively activate the machinery of enforcement agencies” against her as “false.”

A part of the statement read: “As a civil and law-abiding citizen of Nigeria, the distinguished senator immediately reported the matter to the police, and investigation is ongoing.

”For the records, a swift report had to be made to the relevant enforcement agency, because the publication alleged that the distinguished senator was after the life of Precious Chikwendu.

‘‘This is a very weighty allegation of assassination tendencies and intendment. The publication also alleged that Senator Grace Bent was out to pervert the course of justice by making efforts at muscling Ms. Precious Chikwendu to abandon her child custody suit.”

The ex-senator also added that she has consulted with her lawyers and won’t hesitate to seek redress in law and equity for what she termed “the wrongs” meted against her.

Mrs Bent, whose daughter, Jackie B, is a housemate in the ongoing BBNaija reality show, also said she will not hesitate to seek appropriate redress against the wrongs meted against her, both in law and equity.

‘‘Friends and family are encouraged to be at peace, and avoid insalubrious comments, which may interfere with the ongoing investigation, and other civil actions which may be initiated, at the time appropriate,’’ she said.

Meanwhile, the police have launched an investigation against Ms Chikwendu over an alleged malicious post credited to her against Mrs Bent on social media.

Ms Chikwendu shared a copy of the police invitation signed by Dayo Ariyo, a deputy commissioner of police on behalf of the Inspector General of Police dated August 2, 2021.

The letter stated that the former beauty queen will be interviewed by Funmilayo Eguaoje , a deputy superintendent of police, on Wednesday at the Force Headquarters in Abuja.

In the post, the mother-of-four accused her ex-husband and Mrs Bent of using the police as a “show of power.”

“So these two, think they would use the police that is meant for all of us to intimidate me? Jokers. Mr. Fani-Kayode and Grace Bent, you would tell me what this show of power is all about if not for my kids,” she wrote.

“If you had any shame you would sit with my lawyers and straighten issues. It’s a shame we got to this bridge.”

At a recent hearing at an Abuja court, Ms Chikwendu said her estranged husband lacked the capacity to cater for their children.

She said she is worried that Mr Fani-Kayode entrusts their four sons in the care of nannies and his girlfriends.

She alleged that with Mr Fani-Kayode was always travelling away from home, the oldest among the children has stopped going to school, while the younger triplets have yet to start schooling.

Born in 1989, Ms Chikwendu, who is fondly referred to as Snow White, is a model, actress, and former beauty queen.

She represented Nigeria at the Miss United Nations World Beauty pageant in 2014.