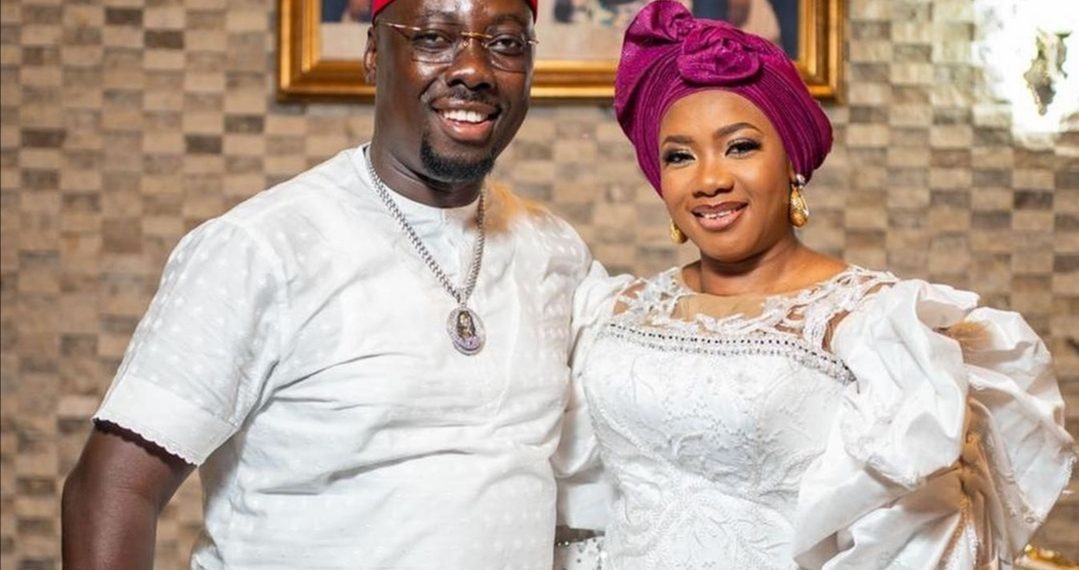 Why everyone is talking about Obi Cubana’s mum’s burial

Obi Cubana's mum's burial is the most talked-about event in the Nigerian social circles all week. Not even WizKid's 31st birthday, which was on Friday, was enough to kill Cubana's shine.

Oba – a sleepy farming village in Anambra State, has suddenly been thrust into the limelight after popular Nigerian nightlife entrepreneur, Obi Cubana, staged a talk of the town burial ceremony for his late mum.

Many have dubbed it the burial of the year and rightly so. Others are wondering why a septuagenarian’s burial will have all the trappings of a jamboree.

But, while they keep debating on the latter, Mr Cubana, with his late mum, Ezinne Iyiegbu’s funeral rites, has raised the bar too high for anyone aspiring to beat his unprecedented record in the country. 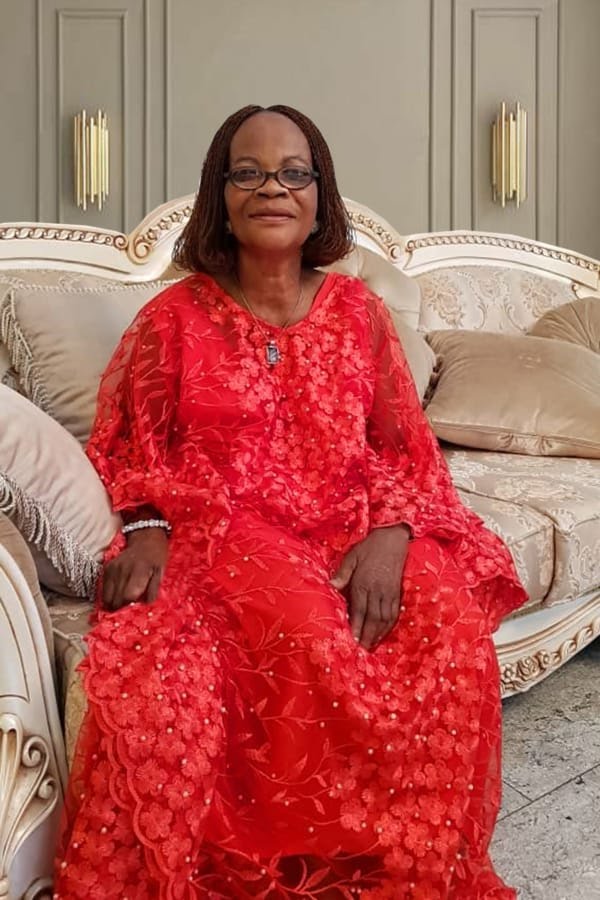 From the over 400 cows donated to the host, the $100,000 diamond pendant, 67 private jets that landed Oba to the fleet of over 500 luxury cars, the ceremony was as loud as loud can be.

While it might be too early to know if he achieved the feat or not, one thing is sure – his mum’s burial is no doubt the most talked-about event in the Nigerian social circles all week.

Not even WizKid’s 31st birthday, which was on Friday, was enough to kill Cubana’s shine.

Mrs Iyiegbu, who passed away in December 2020, was buried on Friday, at Oba, in Anambra State.

But the flurry of activities and numerous side attractions leading to her eventual burial was nothing short of a fanfare and a carnival.

Cubana’s friends, colleagues, business associates and celebrities alike all outdid themselves to put up a show reputed to be the event of the year.

Who is Obi Cubana

A graduate of Political science from the University of Nigeria, Nsukka, he made his mark in the Nigerian hospitality industry when he opened Ibiza Club in Abuja in 2006.

Cubana group was first established in Owerri, Imo state capital Nigeria. Today, the 46-year-old business mogul owns some of the most expensive hotels across the country.

The father-of-three is reportedly worth $500m while his investments and conglomerates scattered across the world are estimated at $2b.

A long list of celebrities and socialites were present at the event to give the late mother-of-five a befitting farewell.

Just about any and every Nigerian entertainer and socialite who ‘matter’ was present at the occasion.

Prior to attending the event proper, the guests put up a show on Instagram. They displayed wads of Naira notes and hard currency they planned to ‘spray’ their host at his mum’s burial.

Those who followed the proceedings on Instagram were amazed at the brazen display of wealth. 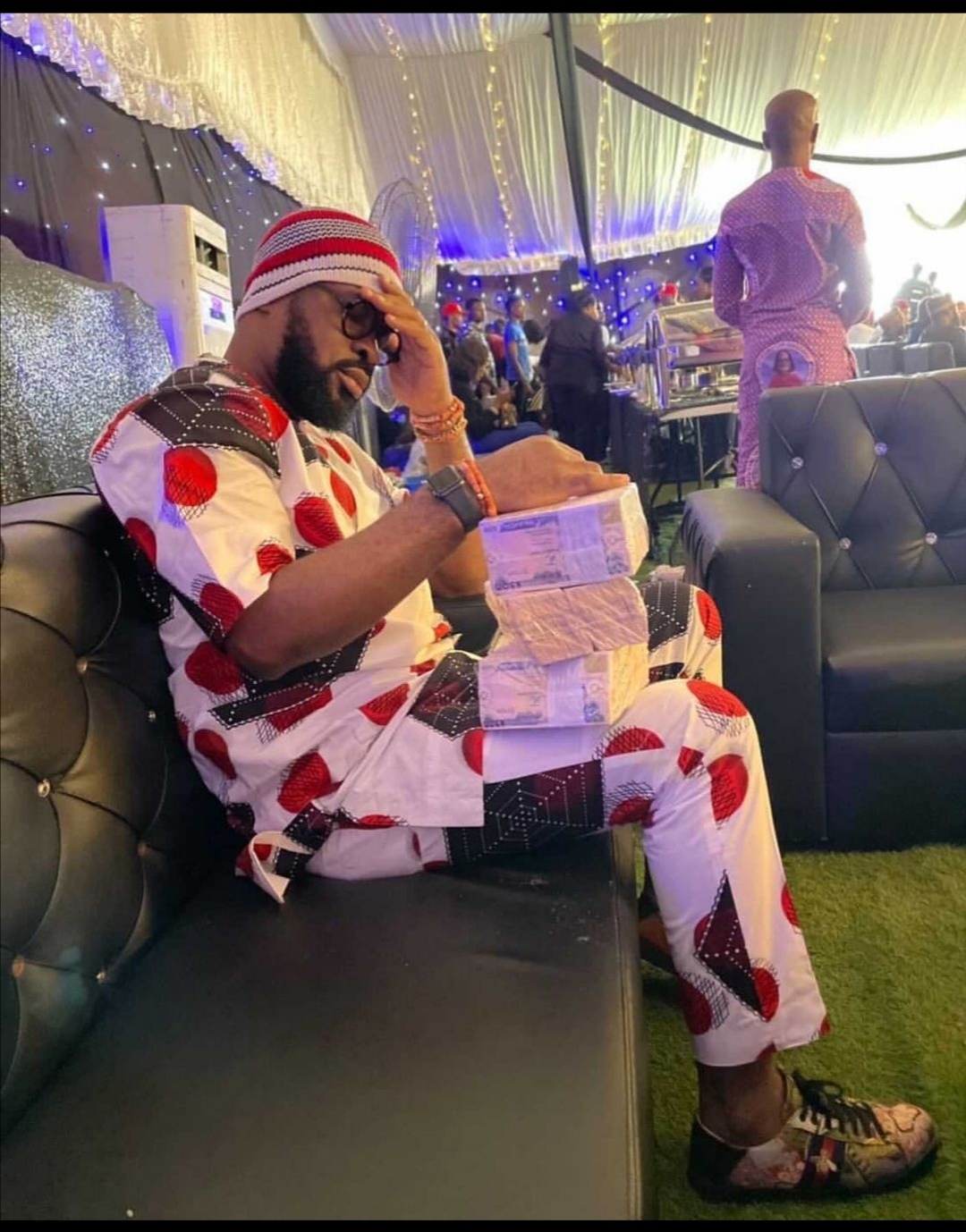 Cubana, a self-acclaimed show-killer, arrived at the venue in grand style, donning a 24-karat gold sunglasses by the House of Lunette.

One of the persons present at the event, simply identified as DJ BigN, disclosed that the businessman has received 346 cows, 72 goats and 20 rams for his mother’s burial.

He had jocularly advised the billionaire to open a ranch with the livestock or give them away after the event.

The veteran actor, Kanayo O. Kanayo also advised his followers in an Instagram post that any female friend going on a break for the weekend should be held suspiciously.

The event had made waves with popular names already contributing huge amounts of money to ensure it was the talk of the town.

Also, a video circulated on Instagram shows a drink worth #3.5m being passed around guests. The drink was in large supply at the event.

The likes of Ifeanyi Ubah, E-money and others donated over N300m and 500 cows for the burial.

Some guests, like the Winhomes Estate CEO, Stella Okengwu, arrived at the venue with a media team.

Ms Okengwu sure made a statement by hiring a video production crew to document her trip to Oba. Aside from their moveable cameras, they also had several drones.

Prior to the burial, Cubana immortalised his mum by making a diamond pendant and neck chain worth N41m.

It was designed by celebrity jeweller, Efobi Stephen. The 27-year-old owns ObisGallery, an African jewellery-making brand.

The golden casket where the deceased was interred is worth N30m.

More display of wealth is expected at the Burial Thanksgiving, which will be held on Sunday at the Good Shepherd Anglican Church, Oba.