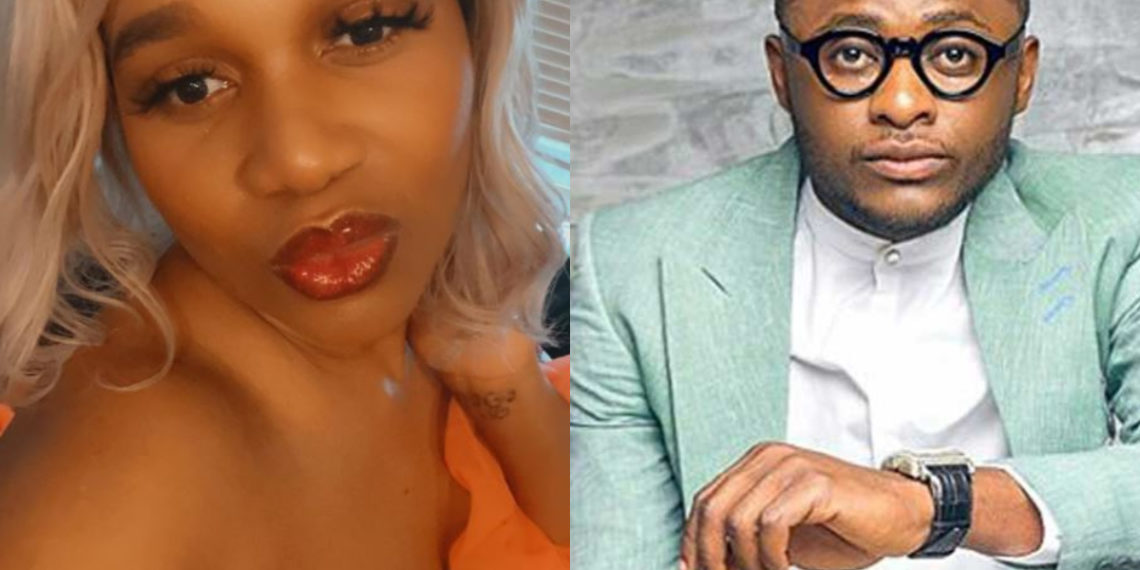 The father-of-four deliberately left out his fourth baby mama, Sandra Iheuwa, in his tribute.

A popular Nigerian music entrepreneur, Ubi Franklin, has publicly acknowledged three of his four baby mamas for taking care of his children without “drama.”

He made this ‘confession’ in a series of dramatic posts on his official Instagram account. The father-of-four praised each of his women for “holding it down” with his children and deliberately left out his fourth baby mama, Sandra Iheuwa.

Franklin became a household name in the Nigerian music industry after managing Iyanya, producing his hit ‘Kukere’, and establishing his music label, Made Men Music Group (Triple MG) in September 2012.

The label was home to Iyanya, Emma Nyra (the only female act), Selebobo, Tekno, Dj Coublon and Baci.

Mr Franklin is a talent manager and a Special Adviser on Tourism to the Cross Rivers State Governor, Ben Ayade.

Franklin’s tributes to the women in his life were as dramatic as they were revealing.

He began by hailing his South African baby mama, Nicole Siyo, for doing a good job with his son, Shiloh.

Ms Siyo worked closely with him as his personal assistant. They were an item when he launched his real estate business, Instant Apartment-an online platform that provides short medium-term accommodation for business trips in November 2017.

She currently lives with their son in her home country, South Africa.

His tribute to her read, “Not her birthday, but I want to appreciate her for the job she has been doing with my son Shiloh.” “God has shown me mercy, He looked past our sin, our guilt, our shame and poured your love. He looked beyond me. Mother to my handsome son, thank you”.

Franklin also hailed his ex-wife and popular actress, Lilian Esoro, for sacrificing a lot for their son. Their marriage was short-lived. They wedded in November 2015 but began living apart a year after.

In 2019, Franklin filed for divorce at an Abuja high court. The judge ruled that their divorce was invalid since Esoro testified that Franklin provides for their son and maintains a cordial relationship with her.

Her tribute to her read, “This picture will be three years old this weekend as Jayden turns 5. It’s been 5 years of different levels of emotions and love. I want to thank Mummy Jay for always holding it down, we made unplanned sacrifices for Our son, Jayden First always.”

He also praised his ex-mother-in-law for her motherly role.

He wrote: ”No one is good and none is bad, we live as our memories can last, we live as we pray to God for a good life. Thank you Mummy Jay, and most especially THANK YOU to Jayden’s Grandma.”

Their union was officially dissolved on January 28, 2021, at an Abuja High Court.

Igala Finest is the mother of his first daughter, Zanetta. Franklin jocularly praised the U.S.-based model for coping with Zanetta’s troubles.

“Mummy Zee, strong woman. You give me a problem and my daughter pays you back. Thank you so much for always holding it down. Thank you for trying. May God keep blessing and granting you all your heart desires. Amen.

The only exemption from his ‘congratulatory’ list was his outspoken ex-lover, Sandra Iheuwa.

Ms Iheuwa is the mother of his second daughter, Ariella.

He gave no reason for exempting her from his list.

But it might not be unconnected to their recent online spats and call-outs on social media.

The estranged duo had fought dirty over social media after Iheuwa accused him of cloning her Dollar credit card and not caring for his children.

He has since denied the allegations and claimed that he paid her back in Naira after his trip to Dubai.

The duo met at a musical tour a few years back. Their affair turned sour about two years ago and she began constantly bashing him on Instagram for not owning up to his fatherly responsibilities.

Iheuwa is betrothed to a popular Lagos businessman and owner of Royal Hair, Steve Chidi.

They both broke the news of their engagement on Instagram in June. Iheuwa also announced that they are expecting a baby, her fourth pregnancy, in March.

Iheuwa, who originally lives in the U.S., describes herself as an internet entrepreneur and philanthropist.

The raging war in the Cameroons, By Toyin Falola