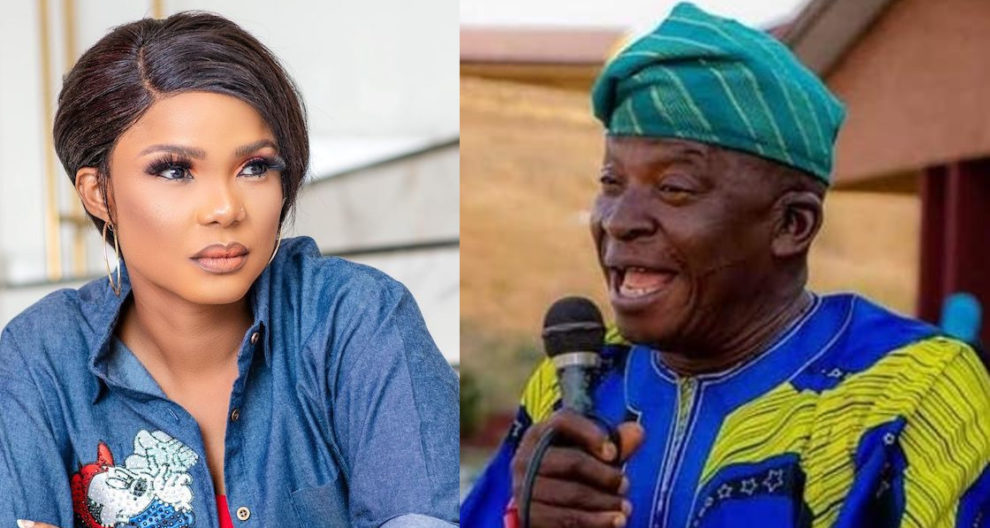 ‘‘There's no actress in our industry now that can claim to be untouched. But they pranked Baba Ijesha and set him up. I know those who had a hand in this issue won't end well because they can't say they weren't lovers before now."

The 71-year-old movie star, who was one of the Yoruba actors who showed up at the Lagos State High Court in Ikeja in solidarity with Baba Ijesha on Thursday said this while addressing journalists after his colleague was granted bail.

PREMIUM TIMES previously reported that Baba Ijesha was arraigned before the Special Offences Court in Lagos on charges of sexual assault, indecent treatment of a child, and sexual assault by penetration.

Baba Ijesha is under investigation by the Lagos State police command on allegations of rape and has been in police detention since April 22 for the alleged offence.

The actor is being accused by a Nigerian comedienne, Princess, of raping a minor (when she was 7-year-old) who was kept in her care.

Olofa Ina, who featured in the first-ever home video production by Alade Aromire titled ‘Ekun’ in 1989, said he found it hard to believe that Baba Ijesha’s alleged rape case became a court issue.

He said he made several steps to intervene in the situation, “which ended in disrespect to his age/status”.

He said, “There’s no actress in our industry now that can claim to be untouched. But they pranked him and set him up. I know those who had a hand in this issue won’t end well because they can’t say ‘they’ weren’t lovers before now.

“I came to court today to learn and see if truth still exists in Nigeria. I’ve never heard it before that actors take themselves to court.”

He also revealed that he called Iyabo Ojo privately and pleaded with her “because she is not as old as he is”. According to him, “people often get wealthy and have no regard for humans and elders”.

The actor said Ms Ojo said, “Come off it Baba! it’s not how far but how well. She replied that I can’t let such happen to my own daughter. I told her that I’m talking to her as her father, then she cut the phone abruptly. She disrespected me.”

“Princess is not as vocal as Iyabo Ojo, despite being the affected person. I begged Iyabo Ojo, same as Iya Rainbow and Igwe. We know her story and we have all the details about how she got to the level she’s in now too, but we don’t want to open it up because it is nothing new to us.”

He also revealed that “all persons involved in the alleged rape case were not members of the umbrella body of Yoruba actors and filmmakers, TAMPAN.”

She said bail is a constitutional right and not a discretionary right.

“The second surety shall be a legal practitioner as suggested by the defence counsel. The surety shall present evidence of bar and shall swear an oath to the affidavit,” Mrs Taiwo said.

She added that the legal practitioner “must have a residence and an office address in Lagos and enter a monetary bond of N1 million to be deposited with the chief registrar who shall approve the surety.”

Baba Ijesha has been in detention since April 22.

The trial was adjourned to July 27.