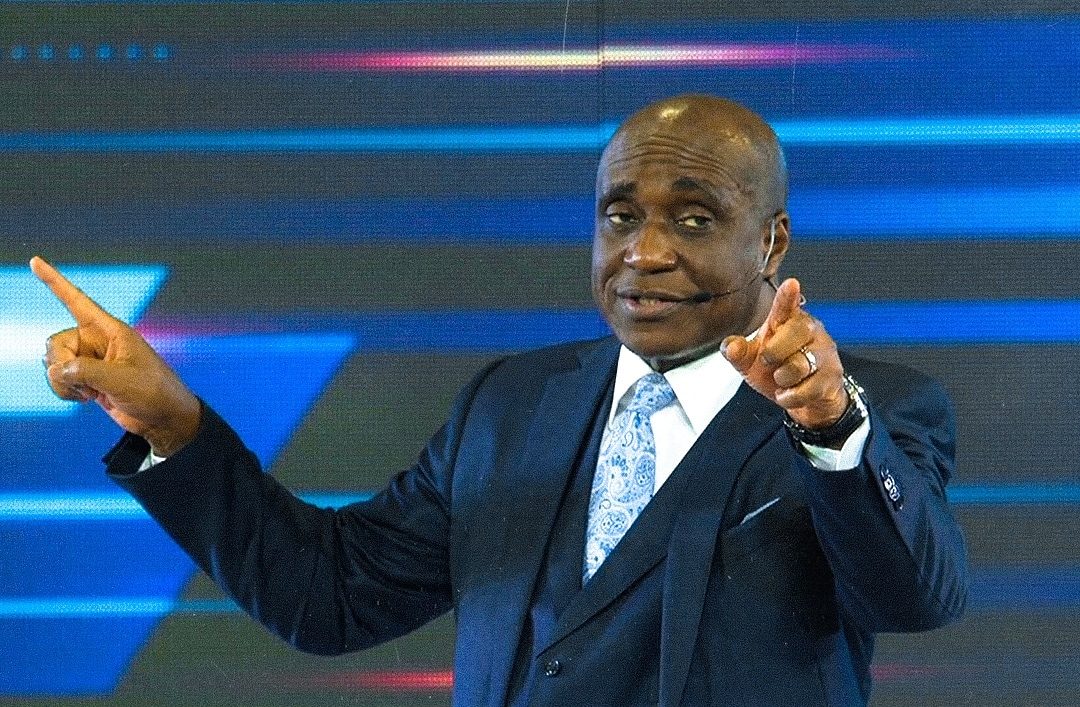 David Ibiyeomie, a Nigerian televangelist and founder of Salvation Ministries, has threatened to kill a popular broadcaster, Daddy Freeze, if he ever insults the founder of Living Faith Church, David Oyedepo, again.

The cleric made the threat and rained curses on the broadcaster while delivering a sermon at his church headquarters in Port Harcourt, Rivers State, on Sunday.

Describing the radio host as a non-Nigerian, Mr Ibiyeomie said, ‘‘If he insults me, I won’t mind; but insult Oyedepo, that bastard who is his father? Does Daddy Freeze have a father? That bastard who was born by a Somalian. The day I hear him insult Oyedepo again I’ll deal with him’’.

The 57-year-old pastor, who studied under Mr Oyedepo’s tutelage before establishing his ministry in 1997, said he will never allow Daddy Freeze insult his mentor.

‘‘If he has a father let him show us his father’s picture. Someone they gave birth to in a ship. Does he look like a Nigerian? I curse the day he was born.”

‘‘He is insulting my own father and people are laughing. Anybody may not talk but I will talk. I will never be alive and see somebody insult my father. It is not done. You are not born. I will kill you, I will tear you into pieces. Very soon I will arrest him.’’

Asides the threats, he also made a mockery of Daddy Freeze’s failed marriage and relationships.

READ ALSO: Why I refused to join APC – Femi Kuti

‘‘The man who cannot marry. He has no wife. He can’t manage his home. He is coming to talk on television. Is it not his wife who left him? A broadcaster, does he have a good job?

Daddy Freeze, real name Ifedayo Olarinde, describes himself as a scripture teacher, convener of FreeTheSheeple movement. He was yet to respond to the remarks at the time of this report.

PREMIUM TIMES gathered that Mr Oyedepo made a recent post on his Instagram handle which read, ‘‘The only way to a fruitful marriage is total submission on the part of the wife.”

“Until it is in place, every other thing she tries to do will be out of place. A woman who refuses to submit to her husband is disobeying God.”

Daddy Freeze, who has always been critical of the teachings of some Nigerian preachers especially as it relates to tithing, reacted to Mr Oydepo’s post.

‘‘Also, the fact that you are single, separated, or divorced doesn’t disqualify you from giving marital advice. Paul and Christ gave most of the New Testament advice on marriage and neither was married.”

He added, ‘‘Many religious marriages are endured and not enjoyed. Many pastors are suffering in silence.”

Mr Ibiyeomie made news headlines in 2017 when he arrested a popular blogger for allegedly publishing a story believed to be offensive to him.

See the video of the cleric’s outburst below.

No going back on removal of petrol subsidy – Buhari