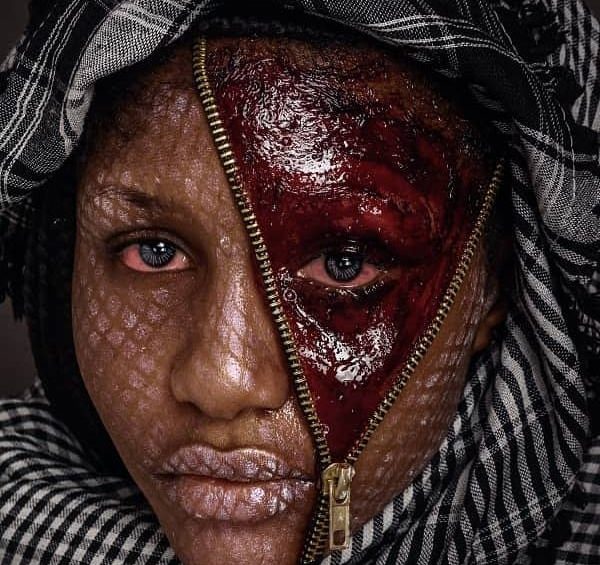 The 400-level student of Agriculture at the University of Benin, who specialises in SFX (special effects) makeup set the new record on Monday.

He carried out a make-up marathon session which lasted 28 hours and 45 minutes to set a new Guinness world record. The session was held at Nadia Bakery, opposite University of Benin main gate, Edo State.

His feat is, however, yet to be recorded on the Guinness World Records official site.

Back in July, his state governor, Godwin Obaseki, threw his weight behind him.

Ozah, who has worked as a makeup artist since 2015, first shot into limelight for the first time in October 2019, after his six-hour makeup video ‘Zipper Girl’ went viral on Twitter.

The closest record to Ozah’s feat was the Guinness World Record for ‘The Largest Make-up Application Lesson’ which was set in February 2017 in Urayasu, Japan. It was achieved by Naris Cosmetics and involved 355 people.

Ozah would not be the first Nigerian to set or break a Guinness world record once the record is ratified by the official body.

In December 2015, the American University of Nigeria became the official holder of the Guinness World Record for the most people crocheting simultaneously.

In November 2017, Odumewu Debbie a.k.a Pinki Debbie, a Nigerian dancer and choreographer, officially broke the Guinness World record for ‘the longest dancing marathon by an individual’.

In 2006, a Nigerian dancer, Kaffy, led her dance group to break the Guinness Book of Record for ‘Longest Dance Party‘ after they danced for 55 hours and 40 minutes.

In 2016, popular Nigerian comedian, Tony Ereku, known by the stage name, Gandoki, made history as the first comedian in the world to perform non-stop stand-up comedy for 42 hours and 12 seconds.