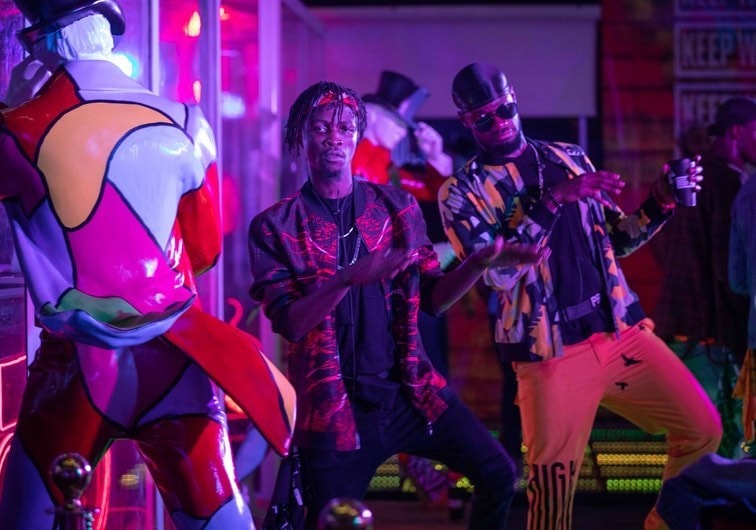 Aside the relationship drama and the regular catfights in the ongoing Big Brother Naija Lockdown house, one thing you cannot take away from the current crop of housemates is their sense of style. This year, the housemates came prepared fashion-wise and they have not disappointed.

The boys undoubtedly take the cake as they are obviously more fashionable. They have made many style statements with their outfits and accessories.

Some of the popular fashion trends the male housemates have reintroduced are durags, bandana, sunshades, piercings, tattoos, and of course chest-baring.

Let us explore all the various fashion trends in the Big Brother Naija Lockdown house.

Undoubtedly, the most stylish housemate in the house currently is Neo. He came into the Big Brother house very prepared with different colours of durags that he rocks his outfits with.

Another is the current Mr Nigeria titleholder, Nelson Enwerem, aka Prince, who complements his looks with black or red durags, which give off rapper vibes.

There is also Kiddwaya who calls for attention with his usual tracksuit and sweatpants that he never fails to match with an accompanying bandana, even to see Biggie in the diary room.

TrickyTee also rivals Kiddwaya for the title of the king of bandanas. He is another male housemate who has a stylish way of incorporating a bandana into whatever he wears, whilst still maintaining his ‘bad boy’ looks.

Durags became a popular fashion item in the late 1960s among African American rappers, athletes, and young men who wore it to maintain hairstyles like waves and dreadlocks.

These headpieces have been worn in different styles and for different purposes. The bandana can be worn as a headband to keep the hair and sweat out of your face, as head wraps and skull caps to keep your hair in place.

Generally, the durag and the bandana can be paired with day to day outfits to give off cool pretty looks.

The housemates also came prepared with their array of sunshades. Even though a lot of people believe that sunshades should be only be worn outdoors as a shield from the sun, some housemates have proven that the shades can look good on you when worn indoors.

Housemate Tolanibaj is on top of the shades game as she rocks them even at night with her chic outfits as the icing on the cake.

Erica, Nengi, Wathoni, and Dorathy also all belong to the shades gang.

The housemates are also very daring and experimental when it comes to their hairstyle and have been spotted donning blue, green, blonde, and even red wigs.

Laycon has the signature dreadlocks that he styles regularly.

Praise is about the only housemate with the gifted hands when it comes to hairdressing. He is known for effortlessly making the female housemates’ hair every Sunday when the Darling hair salon is open to the housemates.

Piercings are also another fashion trend of the female housemates. Asides multiple ear piercings, the likes of Lucy and Vee also have belly button piercings.

Chest baring is another style these housemates brought with them to Big Brother’s house. Almost all the guys in the house have adopted this trend.

Even though not so common, at least three of the housemates have had their bodies inked.

Most obvious is that of Praise who had most of the upper part of his body inked. He has his right breast and his arm covered in ink.

There is also Nengi who has one of her thighs tattooed and Dorathy who has her own behind one of her arms.

75 Borno elders slaughtered by Boko Haram in one night – Senator