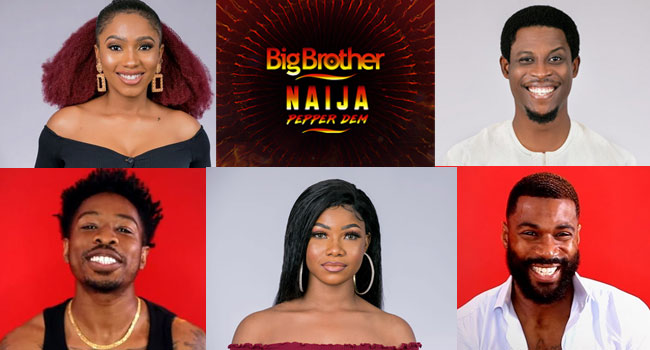 MultiChoice Nigeria has announced the return of ‘Big Brother Naija Reunion Show’ starring the housemates of the Pepper Dem Season on June 1.

Fans of the popular reality TV show will be treated to an epic reunion show that promises to be filled with emotional outbursts, wild surprises, and other moments served by the BBNaija Pepper Dem gang.

The show will also let viewers in on the lives of the BBNaija alumni, Mercy, Khafi, Mike, Dianne, Venita, Seyi, and others seven months after the show’s finale.

This is no spoiler alert but the organisers say there will be laughter, tears, and confrontations as the ex-housemates along with the host, Ebuka Obi-Uchendu, revisit the events that rocked Biggie’s house last season.

Fans and viewers will also hope to get answers to some burning questions and perhaps witness the end to the rivalries between some of the ex-housemates.

They are also required to upload a 2-minute video of themselves stating why they should be picked to be a Housemate in the upcoming season.

The online audition is free and open to interested male and female participants, who are of Nigerian nationality with a valid Nigerian passport, and must be 21 years of age by June 1, 2020.

Big Brother Naija Season 4 was the fourth season of the Nigerian version of the reality show Big Brother.

Ex-housemate Ebuka Obi-Uchendu from season one was the host.

Mercy Eke emerged the winner of the fourth season of BBNaija, the Nigerian version of a reality show.

Her winnings included N30 million cash prize; an SUV from Nigerian automaker, Innoson Motors; a trip to Dubai for two packaged by TravelBeta; and a home make-over courtesy Scanfrost.

There was also a bonus prize of two VIP tickets to watch a European football final game live, courtesy Bet9ja.