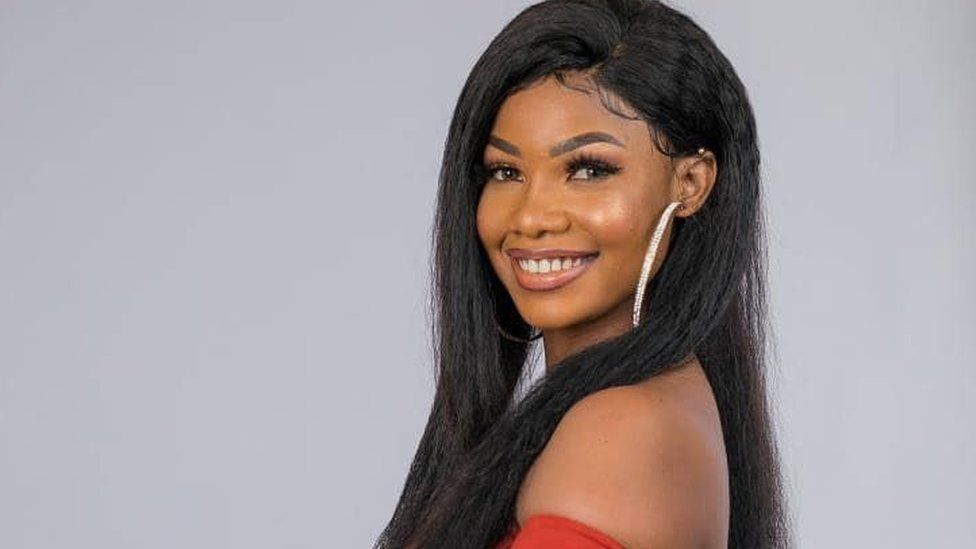 Mercy also got two strikes as a result of the fight they both had earlier today.

Tacha has also become the first housemate to be disqualified from the ongoing reality show.

Big Brother also reiterated the rules of the reality show while addressing the housemates.

He said, “BBNaija rule book clearly states in Article 18 sub-section 1 that, other types of violence, including provocation, goading, bullying, and victimisation may be punished by Big Brother in any way Big Brother chooses.”

With this new development, the Housemates are now down to eight following Cindy’s earlier eviction.

During their altercation earlier in the day, Big Brother had invited both housemates to the Diary Room, where he cautioned them.

However, in spite of his caution, the duo continued to exhibit violent behaviour, with Tacha acting out violently against Mercy, while Mercy visibly restrained herself and was also prevented from being physically violent.

The organisers, Multichoice, also issued a statement to the effect.

Their statement read, “MultiChoice and the show producers, are committed to ensuring the safety and wellbeing of all housemates in the Big Brother house at all times. We view incidents such as occurred with Tacha and Mercy in a very serious light and will continue to take necessary action against housemates who break the strict rules of Big Brother.”

The fight started when Big Brother sent a scroll into the house to be read and Mercy delayed reading the message.

Reacting to the delay, Tacha snidely told Mercy to sleep there, leading Mercy to refer to Tacha as a stupid girl.

The duo soon got locked in an argument that got physical and culminated in the pulling of hair by Tacha.

While the ladies fought, the men in the house pretended not to see them

BBNaija season four is sponsored by Bet9ja. This year’s edition will run into October 9 when a winner will be announced.

Now the remaining housemates left in the house will continue the race to win the 60 million worth of prizes.

The winner of season four will walk away from the house with N30 million cash prize and a top of the range SUV, amongst many other exciting prizes.

Olisa Metuh: How I shared N400 million received from Dasuki

Obasanjo To Doctors: Consider your patients before embarking on strike