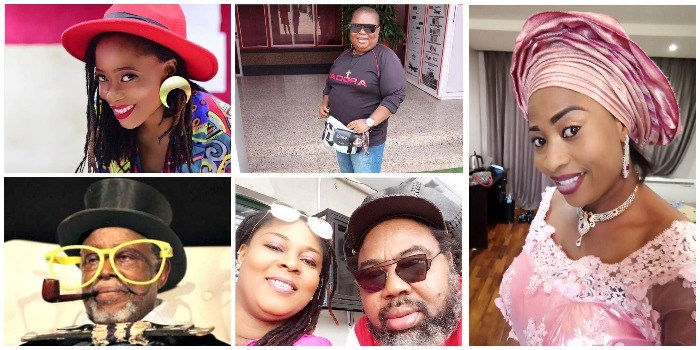 Review of the Nigerian entertainment industry in 2018

2018 has been a pretty good year for the Nigerian entertainment industry, many thanks to the growing smartphone and internet penetration in the country.

For Nollywood, it appeared that aggressive social media campaigns, backed with corporate tie-ins, did the trick. From a revenue standpoint, the box office figures have been mind boggling yet difficult to substantiate, with the records shrouded in secrecy.

Nigerian musicians have also been smiling to the bank, having experienced a boom in digital sales, downloads and online streaming.

Current trends have also shown an increase in the demand for Nigerian films and music. However, this may be a result of the unprecedented popularity of the practitioners, especially on social media.

The characteristic challenges, such as piracy and proper distribution channels notwithstanding, the Nigerian entertainment industry remains a goldmine.

Here, PREMIUM TIMES examines how the industry fared in 2018.

Ever since the Muhammadu Buhari-led administration came into power, it has engaged the creative industry stakeholders a few times- all in a bid to create an enduring structure, which will, in turn, make regulation seamless.

Four years after, the dividends are yet to be felt in the industry as the industry has remained largely self-funded.

At a recent meeting with the members of the Motion Picture Practitioners’ Association, the president announced that he had already directed the Bank of Industry and the Nigeria Export-Import Bank to engage the sector by providing affordable working capital.

This funding, he said, would unlock some of the trapped potentials in the entertainment industry, leading to growth.

The practitioners have embraced private investments while relying heavily on social media to amplify its message.

Not a few would forget the string of promises Mr Buhari made to the Nigerian creative industry during his presidential campaign. They ranged from assisting Nollywood to fully develop into a world-class industry that can compete effectively with Bollywood and Hollywood, to pledging to save the country’s entertainment industry from pirates.

While Nollywood has actually begun to compete favourably with Hollywood, especially on Nigerian soil, pirates continue to ravage the industry, almost unchallenged.

More than a year after the federal government announced a tax break for the creative industry, this newspaper’s findings revealed that just a few of them were aware of the development. On the one hand, not many also understood what it portends for the Nigerian creative industry.

The government is also yet to review the Motion Picture Council of Nigeria (MOPICON) document with a view to fast-tracking its passage into law.

The bill, which is supposed to regulate, administer and control the movie industry, is yet to be passed into law.

The president has been engaging Nigerian entertainers at various forums lately.

These gatherings are part of the campaign strategy for Mr Buhari, who is seeking re-election in February 2019.

The Nigerian entertainment industry lost some of its brightest stars to the cold hands of death in 2018.

Nigeria’s entertainment and media industry revenue witnessed a 25.5 per cent growth. This amounted to $3.8 billion with $605 million of the estimated $764 million rise said to be attributable to internet access.

This is according to a recent report by PricewaterhouseCoopers Nigeria.

Nollywood, which is currently the third largest in the world after Hollywood and Bollywood, has Internet access revenue accounting for 89.6 per cent of this absolute growth.

The PwC report also said that a 21.5 percent compounded annual growth rate (CAGR) is anticipated to 2022, with revenue reaching US$9.9 billion in that year.

The group executive director of Filmhouse Cinemas, Moses Babatope, also noted that Nigerian movies have topped at the cinemas for the past seven weeks despite the presence of foreign blockbusters.

The Nigerian music sector experienced a boom, partly because Nigerians are already consuming more video on mobile devices, than on television.

Nigerian musicians also make more money performing and hosting live gigs, brand endorsements, ring back tones, mobile streaming and music licensing. They have also made their way into the international music scene collaborating with some of the biggest names in the business.

Stars like Tiwa Savage, Mr Eazi, Wizkid and Davido have taken the gospel of Nigerian music beyond the shores of Africa. This is why Wizkid worked with America’s biggest stars such as Drake and also held a sold-out concert at the prestigious 02 Arena in London.

Davido also pulled of a similar feat in faraway Suriname, a country alien to a large percentage of his teeming fan base back home. American pop star, Ciara also credited Tiwa Savage as an inspiration for her new single titled ‘Freak Me’.

Also worthy of mention is Falz’s ‘This is Nigeria’ video. Although it was a remake of Childish Gambino’s viral hit, ‘This is America’, it caught the attention of several international celebrities including U.S. hip hop star, Sean ‘Puff Daddy’ Combs.

Even though the Nigerian Copyright Act 2004 criminalises the infringement of intellectual property and theft, piracy has remained a booming business in Nigeria.

Stakeholders said the poor enactment of copyright laws, failure to prosecute offenders, as well as corruption, are to blame. Nigerian entertainers have also lamented that piracy has eaten deep into their respective industries and it may grind to a halt if government fails to take.

Piracy of Nigerian creative works bit harder in 2018 extending outside the shores of the country. Not too long ago, the grand patron of Nigeria’s Association of Movie Producers, AMP, Andy Boyo, drew attention to the growing rate at which Nigerian movies are pirated in some African countries like Malawi, Zambia and Tanzania. He added that the activities were being carried out by Nigerians in these countries.

Film marketers and distributors at the Alaba International Market have also called for a stronger collaboration between their anti-piracy taskforce and relevant government agencies in the fight against piracy in the market. They said, combating piracy at the market is capital intensive and, most times, members of his association had had to tax one another to raise the needed funds. the necessary actions.

The deal is a significant milestone for Nollywood, which was recently named the world’s most prolific film industry by the International Federation of Film Producers’ Associations.

Some Nollywood films currently showing on Netflix include The Wedding Party, Fifty, The Visit, When Love Happens, Road to Yesterday and Dearest Mummy.

Four Nigerians also made The Academy of Motion Picture, Arts and Sciences diverse list of 928 members.

The Academy, popularly known as the Oscars, made visibly improved racial and gender considerations in the 2018 list.

ShittuGate: Buhari yet to act 100 days after minister was exposed for skipping NYSC