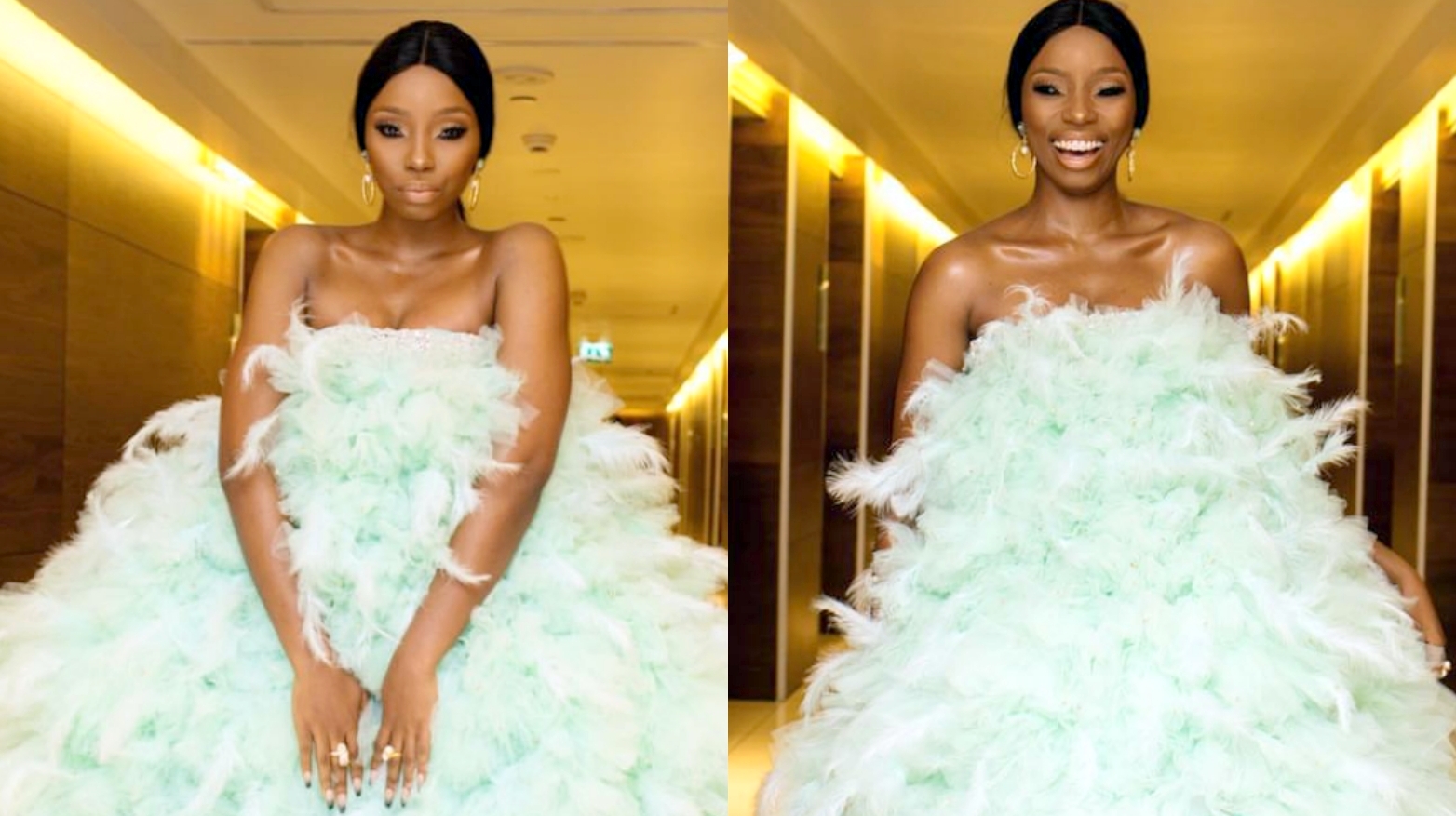 There were so many standout moments from the Africa Magic Viewers Choice Awards held on Saturday at the Eko Hotels, Victoria Island, Lagos. From Bambam’s outfit, Ngozi Nwosu’s selfie moment, to Dino Melaye earning a movie nomination, there was not one dull moment.

Here are some standout moments from the AMVCA in no particular order.

Ex-BBNAIJA housemate, Bambam, caused a stir at the award ceremony. The actress turned heads in a flamboyant green-feathered dress, which was designed by Houseofjahdara. U.S. music star, Lady Gaga, wore a similar outfit to the premiere of her new movie “A Star is born.” Some social media users have been condemning Bambam’s outfit since she posted photos on her Instagram and Twitter profiles. They have also created several hilarious memes of the dress and posted them on social media.

A senator, Dino Melaye, representing Kogi West on Saturday night caused a stir as he joined Nigerian stars at the AMVCA. The host, IK Osakioduwa, announced that Dino’s movie, which he titled “11 Hours in the Wilderness” deserved an AMVCA nomination in 2019. He was referring to the senator’s “purported kidnap” in July.

IK said, “You tried music but you didn’t clinch any award but your first attempt at movie making is worthy of note hence this nomination.” Dino, who was seated in the VIP section burst into uncontrollable laughter. The crowd equally went wild and asked for more.

Bisola of BB Naija fame was one of the stars of the evening. Asides winning the trailblazer award (which came with a car gift), she gave a solemn rendition of Evanescence‘s “Immortals” as industry icons where honoured at the award.

While the names of the lost ones flashed on the huge screen behind her, Bisola, was lost in the moment as she performed. Shortly afterwards, she was announced as the winner of the Trailblazer award.

Cobhams’ superb remix of “One Hit”

There was pin drop silence in the audience when ace music producer, Cobhams Asuquo, performed a remix of his song, “One Hit”. Armed with nothing but his voice and a grand white-coloured keyboard, Cobhams gave an on-the-spot remix. He name-dropped all the Nigerian celebrities from Genevieve Nnaji to Banky W during his performance. Of course, he got a well-deserved standing ovation after his performance.

Actress, Omotola Jalade-Ekeinde, who won the Best Actress award, shocked the audience when she mentioned that it was her first AMVCA win.

The actress described her movie “Alter Ego” as a labour of love and added that she was rooting for Mariam Kayode. The latter is an 11-year-old actress nominated in the same category as Omotola.

Popular Yoruba actor, Femi Adebayo, floored his father, Adebayo Salami, at the African Magic Viewers Choice Awards. They were both nominated in the same category for the Best Indigenous Yoruba Movie. During his acceptance speech, Femi said his father told him to go and make him proud by winning the coveted award. His movie “Etiko Onigedu” was nominated alongside his father’s movie titled, “Adaba”.

Yoruba movie star, Odunlade Adekola prostrated on stage after receiving his award. Despite his height and status, he laid flat on the stage to appreciate his fans for their votes. During his acceptance speech, he said, “When it is your time. no one can stop you.”

Veteran Nollywood actress, Ngozi Nwosu, stole the show when she took a selfie with Falz on stage.

Falz carted home the award for Best Supporting Actor in a Movie/TV Series category. Ngozi, who is an Airtel ambassador, presented his award to him. Before announcing the winner, Ngozi announced that whoever wins the category must take a selfie with her and she kept to her word.