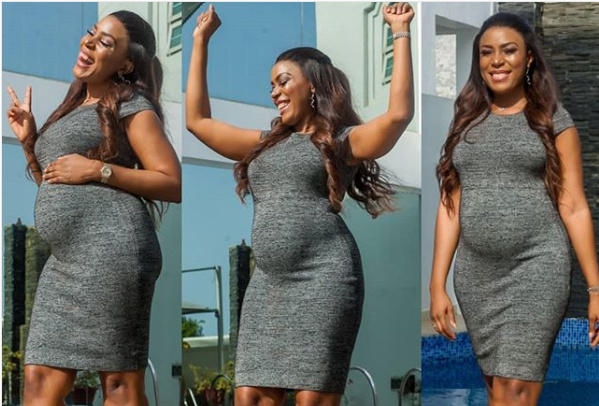 Linda Ikeji with a baby bumb.

Linda Ikeji is expecting a child, her sister, Laura Ikeji, announced on Sunday.

In an Instagram update, Laura posted images of her sister’s baby bump, a development that has been warmly received on the Internet.

The famous blogger reportedly got engaged to a man said to be based out of Nigeria a few months ago.

Linda, 37, has been a role model for many Nigerians following her successful career as a blogger. She purchased a mansion in Banana Island, Lagos, in 2015 for amount reported to be around half a billion naira.

Even though she had reportedly been dating for some time, her pregnancy still comes as a surprise to many on social media, who described her as an advocate of celibacy.

See the pictures as posted on Instagram by Laura below: