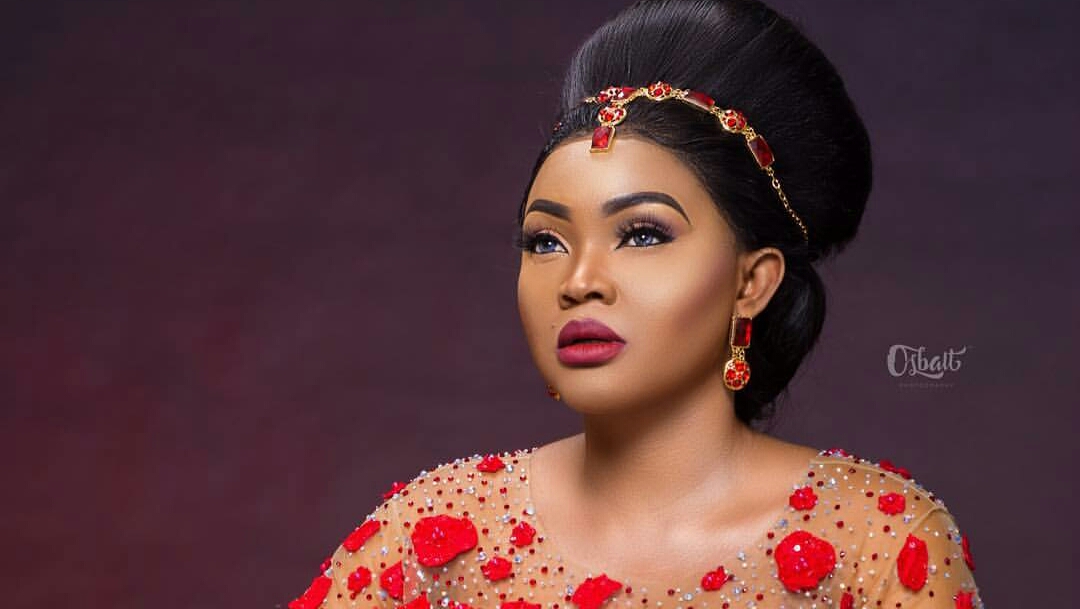 A bedazzled red dress worn by actress Mercy Aigbe for her 40th birthday photo-shoot on Monday is currently the bone of contention on Instagram.

This is after a Benin-based bride simply identified as rettypety on Instagram laid claims to the outfit saying it is originally hers.

According to her, a popular Lagos-based fashion designer, Maryam Elisha of Rikaoto By Me, who made the dress failed to deliver the outfit just in time for her wedding on Friday.

The new bride says she was astonished to see Mercy don her outfit to mark her milestone birthday. To back her claims, she also posted screenshots of the WhatsApp messages between herself and her designer.

Meanwhile, the two parties at the centre of the controversy are yet to react officially. Mercy is currently partying with friends and family at her birthday shindig in Lagos.

When PREMIUM TIMES put a call through to Rikato By Me, she denied having anything to do with the ongoing scandal.

She said, “I don’t know anything about you have just mention neither have I even heard about the story or allegations. I mean we have so many brides so I don’t know which bride you are referring to. I’ll have to ask my people then get back to you as soon as possible.”

Shortly after the telephone conversation, she went private on Instagram.

Managing ethno-religious differences: Other regions can learn from Southwest – Buhari