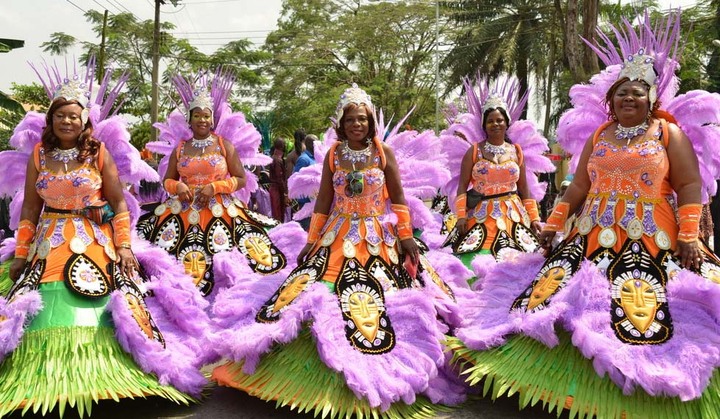 The federal government said it will make the annual Calabar carnival a major foreign exchange earner for Nigeria.

The Minister of Information and Culture, Lai Mohammed, said  this on Sunday in Calabar while flagging off the third dry run of the 2017 carnival which has the theme ‘Migration’.

He said that the carnival, which has united the people over the years and had attracted wider participation, was the longest street party in the world with 12 kilometre-long route.

He said that it was time for people to start seeing the carnival beyond entertainment but see the seriousness and the message it conveys.

“We are pushing the Calabar carnival to be a major foreign exchange earner for the country.

“We have here today, 26 beauty queens from 26 African countries who are contesting for the 2017 Miss Africa pageant.

“That is a big statement because each of these young ladies are going to spend two weeks here and will go back to their countries as our own ambassadors.

““They will tell the story of what they have seen and the hospitality of Cross River and that is a big plus for the state and the country.

“What is happening here today is reverberating throughout the world because this dry run is unique in the sense that it gives the organisers and participants the opportunity to perfect their act.

“I also want to take this opportunity to appeal to the world to see this street party beyond dancing and beyond the costumes’’, he said.

The minister said that festival had become a platform for youth to vent their creativity and a platform to turn Nigeria’s creative industry into a veritable creative economy.

“I am delighted to know that everything being used in the carnival is manufactured locally by Nigerians.

“Calabar carnival does not only create an economy, but also unites the whole of Nigeria because it had enlightened the people of Nigeria and the world about Climate Change and Migration,” he said.

Earlier, Ivara Esu, deputy governor of the state, said that the annual festival had become an international brand.

Esu said that the state was happy to have the minister in person to perform the flag off, adding all preparations had been made for the grand finale of the carnival billed for December 28.

The minister, who was earlier taken through the monorail ride from the Calabar International Convention Centre (CICC) to the Tinapa Business and Leisure Resort, described the project as a major booster to the tourism sector in the state.

“I am happy to know that the second phase will also link the airport. This shows that Cross River is taking a major step in building infrastructure that will help in pushing the state as a conference hub.

“We will not hesitate in helping the state government to sustain this kind of project. We are ready as a government to provide the enabling environment for states like Cross River to thrive.

“Even in the Federal Council of Tourism, Cross River is a member because we recognise the giant stride the state is making in tourism,” he said.

He said besides providing employment for youth and boosting local economy, the carnival attracted participants from within and outside the country.

The minister said he was excited to see that most of the materials used in preparation for the carnival were sourced locally.

He said the carnival was about the longest street party with a stretch of 12 kilometres route.

In terms of content and theme, the minister said that the event was relevant not only for the country but the entire world.

“In the last two years, the theme of the carnival was about climate change while this year it is about migration.

The minister said the dry run was unique because it afforded the opportunity for the organiser and participants to perfect their acts.

He appealed to the people to see the carnival beyond dancing and costumes but as a platform for youth to exhibit their creative talents.

The Cross River Deputy Governor, Ivara Esu, thanked the minister for coming to Calabar for the event and said his presence would enhance the carnival.

He also commended the minister for his vision and drive at developing the culture and creative sector as well as the unique way he was handling the information apparatus of the federal government.

The News Agency of Nigeria reports that the carnival dry run witnessed procession, dancing, music and performances by various bands.

Why some Nigerians are against restructuring – Ekweremadu