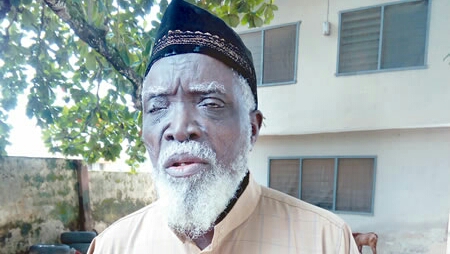 Mr. Adepoju, who was part of pro-democracy struggles in the days of the military, needs the fund for an eye operation in India.

Speaking with an Ibadan-based radio presenter on a radio programme monitored by PREMIUM TIMES recently, Mr. Adepoju pleaded with Nigerians to support him in his quest to regain his sight.

The broadcaster noted that donations received so far from people are not enough to cater for the surgery, adding that other well-meaning Nigerians could be of help.

Meanwhile, a campaign hash tag, #AdepojuMustSeeAgain, has been created to publicise the initiative and help him raise the needed funds for the operation.

Mr. Adepoju, who said that he was fit and still agile attributed his reduced interventions in public affairs to the eye problem, and appealed to Nigerians to come to his aid.

He reeled out the account details into which donations could be made thus: