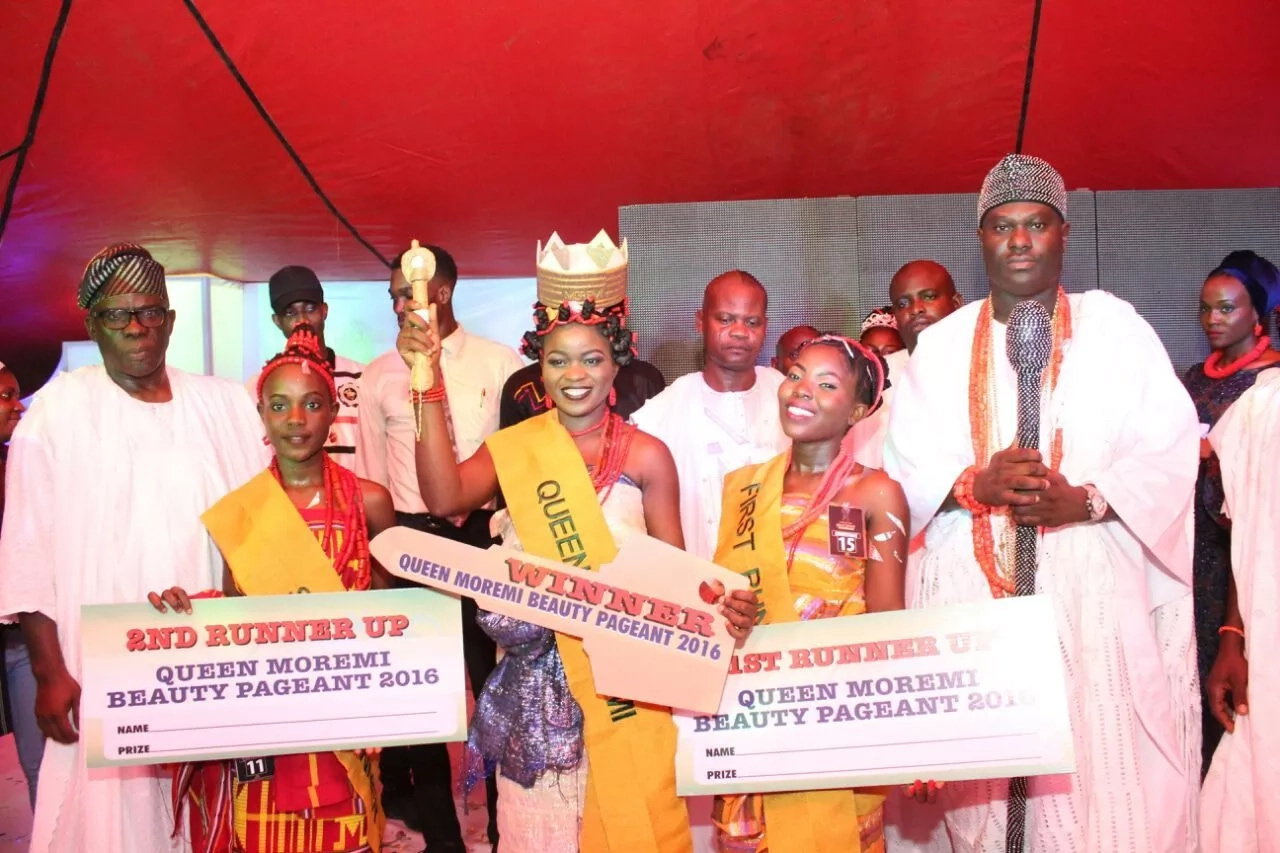 The Ooni of Ife, Adeyeye Ogunwusi, has offered N5 million to the first 1,000 aspiring aspirants of the second edition of Queen Moremi beauty pageant slated for October.

The ambassador to the maiden Queen Moremi of Ile-Ife, Ronke Ademiluyi, disclosed this at an event in Lagos on Thursday.

She said, “His Royal Majesty has donated N5 million as registration fees for the first 1,000 young ladies aspiring to participate in the 2017 Queen Moremi contest coming up in Ile-Ife, in October. The monarch said the amount is to encourage more young ladies who may not have the financial means to participate in the contest to do so. I am therefore, encouraging more young girls to embrace this exceptional opportunity of free registration.

Ms. Ademiluyi who is also the founder of the Africa Fashion Week Nigeria/London, said the cultural contest, a first of its kind, is aimed at boosting our culture and tradition, especially among youths.

“The contest is open to young ladies from ages 18 years to 25 years and either of their parents must be of Yoruba lineage from Ogun, Osun, Oyo, Ekiti, Lagos, Ondo, Kwara and Kogi states.”

On the idea behind the pageant, she said it is a recreation of the legacy of the referred and legendary Queen More I Ajasoro.

She said, “The contest would prepare young ladies for the future, reawaken their cultural identity and imbibe morals in them. As a cultural promoter and ambassador to Queen Moremi, I encourage young girls to embrace decent and culturally edifying outfits and brands.

“A lot of morals have been lost, the new generation of women doesn’t have values for themselves much and the Moremi project is trying to instill these lost values back. Values as selflessness, courage and discipline, which Queen Moremi Ajasoro exhibited in her lifetime.”

Speaking further, she added that the vision of the Ooni, was to bring back the unique values associated with the Queen, through the cultural pageant.

The monarch crowned the current Miss Moremi, a 600- level Dental-Surgery student of the University of Ibadan, in 2016.

Miss Moremi pageant is open to young ladies between the ages of 18 and 25 who must be able to speak the Yoruba and English languages fluently.

The winner will take home a brand new car, N1.5 million cash and also gets to follow his royal majesty on his numerous travels.

This is in addition to a wardrobe allowance amongst other perks.