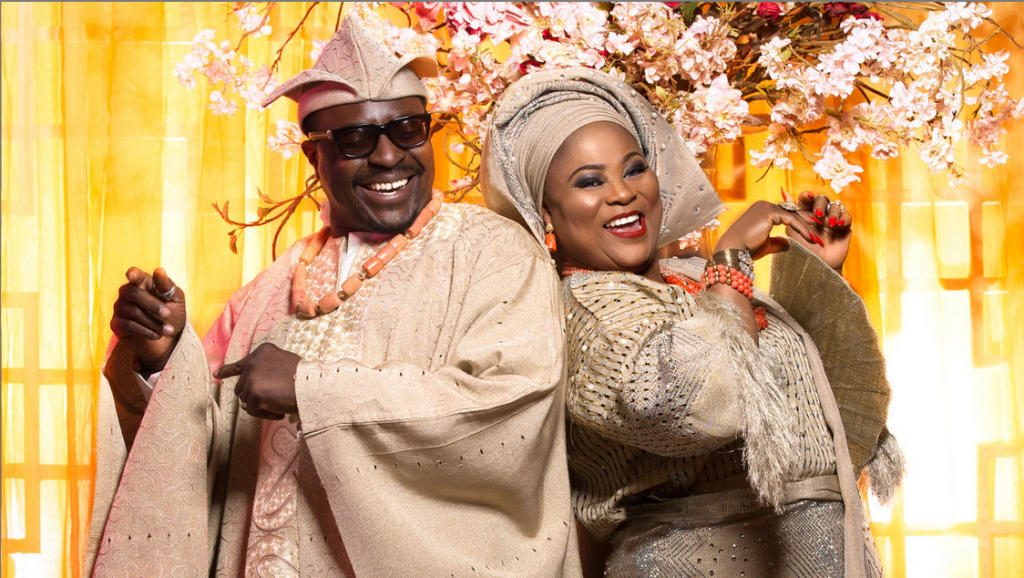 Mr. Buhari made a string of promises to the Nigerian creative industry during his presidential campaign.

Many of them made headlines – from assisting Nollywood to fully develop into a world-class industry that can compete effectively with Bollywood and Hollywood, to pledging to save the country’s entertainment industry from pirates.

But having hit the 2-year mark of his presidency, one thing is clear- he is not interested in splashing money on the practitioners.

NOLLYWOOD, STILL ALMOST ON ITS OWN

Nollywood has defied recession and has grossed an amazing N1 billion from a record 50 indigenous movies in 2016- its best box office returns ever.

Despite a gloomy economy, the COO of FilmOne Distribution, Moses Babatope, said the figure represents nearly 30 per cent of the N3.5 billion generated from 28 cinemas across Nigeria. This includes movies from Hollywood and around the world.

Films like The Wedding Party, A Trip to Jamaica, and Wives on Strike, Okafor’s Law, The CEO, 93 Days, and ’76 all shattered records.

The federal government played a minor role in the scheme of things; social media boom, private sector and internal funding were largely responsible for these amazing feats.

A school of thought believes that the recession is a blessing in disguise after all. They claim that Nigerian cinemas enjoyed a lot of patronage in the last two years because Nigerians had been able to momentarily ease the tension of the economic pressure by laughing it off at the cinemas. Perhaps, this might just be a reason why so many slapstick comedy and rom coms have been screening at the cinemas in the recent.

Yet, some Nollywood stakeholders said much more can be achieved if the government pulls its weight.

The President of the Performing Musicians Association of Nigeria, Pretty Okafor, said the music and motion pictures industry has fared well in spite of the recession.

“The entertainment industry does not need intensive capital and long period to yield return on investment. Government just needs to demonstrate a strong political will in providing the necessary regulations and enabling environment. We are not telling them to give us loan, but they should provide a strong system that provides adequate management and protection for the creative rights of Nigerians,” he noted.

BETWEEN JONATHAN, BUHARI, AND NOLLYWOOD

President Goodluck Jonathan’s exit in 2015 bothered Nollywood and understandably so. The industry had unrestrained access to Aso Rock. An actress, Omoni Oboli, even premiered her movie, Being Mrs Elliot, in Aso rock. Today, the reverse is the case. The previous administration was renowned for injecting funds into the industry and splashing money on its stars. Notably, a $200 million fund designed to make it easier for Nigerian filmmakers to access loans for their projects in November 2010 and a N3 billion “Project ACT Nollywood” to boost the capacity of filmmakers and actors in March 2013. But owing to excessive bureaucracy, bias and corruption, only a few were able to access these funds.

The Buhari administration, on the other hand, has been engaging the creative industry stakeholders all in a bid to create an enduring structure, which will in turn make regulation seamless. Two years after, the dividends are yet to be felt in the industry.

The controversial Motion Picture Practitioners Council of Nigeria bill was met with criticism when it was revisited in 2016. The Minister of Information and Culture, Lai Mohammed, inaugurated a 28-member committee to review the bill before it is sent to the National Assembly for passage into law. But many entertainers said the MOPICON bill would limit the entertainment industry. After several sittings, nothing has been heard about it.

Then, the Nigerian Film Corporation, proposed the Nigerian Film Commission Bill, which is currently before the National Assembly. It said it is aimed at creating an enabling environment for the growth of the motion picture industry. But stakeholders have kicked against it. They claim that the regulatory body did not carry the industry along.

Even though the Nigerian Copyright Act 2004 criminalises the infringement of intellectual property and theft, piracy remains a booming business in Nigeria. Stakeholders say this is largely due to the poor enactment of copyright laws, failure to prosecute offenders as well as corruption. Nigerian entertainers say piracy has eaten deep into their respective industries and it may grind to a halt if government fails to take the necessary actions.

So rife is piracy that many practitioners have lamented losses. Veteran actor, Saheed Balogun, told PREMIUM TIMES, “I produced a movie a few years back that cost me over 10 million Naira and I didn’t make up to 1 million naira.  I have lost more than N40 million to piracy. It is the people that are not passing hard laws on piracy that are killing us the practitioners. That’s why I’m begging every Nigerian filmmaker to stand up and charge our lawmakers to pass strict anti-piracy laws now so that we can rebuild this industry.

Another veteran actress, Hilda Dokubo, is unhappy about the activities of movie and music pirates.

“They (pirates) have left us in a state of comatose as practitioners. I say it loud and clear that if you pirate, duplicate to sell our works after several days and months of hard work that we have put in just to reap from where you did not sow, you are a rapist and an armed robber.

“Every time you replicate our movies to sell to your own advantage thinking you are smart or no one sees you, you are serially raping us and make our business unattractive for intending and potential investors,” Ms. Dokubo said.

Another old-timer entertainer, Sir Shina Peters, corroborated Ms. Dokubo’s angst. He said, “Nigeria is in a recession now; we the artistes are fending for ourselves with the proceeds from our music. However, these funds are hardly enough because of piracy and other issues.”

Since 2008 when the first Nollywood-Hollywood collaboration was recorded – Stephanie Okereke’s Through The Glass – Nollywood has gained grounds on Hollywood, Bollywood and Ghollywood.

This growing collaboration has been described as a healthy development for the evolving entertainment industry in Nigeria.

A handful of Nollywood stars and movies have also attracted global recognition because of the significant increase in production quality and acting. At international film festivals, Nollywood films, has also been stealing the spotlight.

The Wedding Party is an example. The biggest Nollywood film till date. It was critically acclaimed when it made its debut at the Toronto International Film Festival in 2016.

Boom in the Nigerian music industry

In the last two years, Nigeria’s music industry has experienced a boom. This is because of digital sales and mobile telephones, which are generating the most revenue. This is according to a report published late last year by international firm, PricewaterhouseCoopers. It estimated that Nigeria’s music industry was worth $47 million in 2015 and should rise to $86 million by 2020.

The firm noted that the Nigerian music industry continues to generate the most money in the Nigerian entertainment industry.

In fact, it noted that the music industry is set to be worth N27 billion in three years’ time.

According to PwC, ringtone downloads alone have earned artistes like D’banj and Davido up to $350,000 a year.

It also stated that Nigeria’s total music revenue is dependent on ringtones and ring back tones, with the legitimate music sector being small otherwise.

The Big Brother Naija reality show has been the most profitable in the history of the show. According to the Regional Director, M-Net West Africa, Wangi Mba-Uzoukwu, over 26 million votes were recorded, which stood out as one of the highest in Africa reality TV shows.

Interestingly, in the final week of the programme, over 24 million persons voted – that is more than the total number of persons who voted in the 2015 election that brought President Buhari into power.

Many feared dead as another building collapses in Lagos

African Literary Diversity Is Honoured, Many Days After