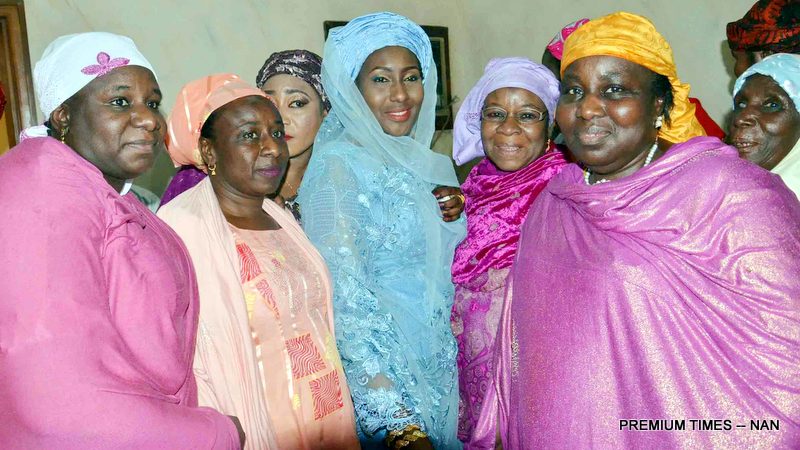 President Muhammadu Buhari formally married off his daughter, Fatima, to Yau Gimba Kumo on Friday in Daura, his home town.

The News Agency of Nigeria reports that the wedding took place at the president’s residence on Mai’adua road, Daura at about 2.40 p.m.

The groom, who was a former Managing Director of Mortgage Bank, paid N100,000 as the bride price.

The marriage was contracted in accordance with Islamic injunctions and was attended by top federal and state government officials.

They included the governors of Gombe, Ibrahim Dankwambo, and his counterpart from Bauchi, Muhammad Abubakar.

Guests had unhindered access to the president’s residence, venue of the marriage, in spite the heavy presence of security personnel.

However, only few prominent personnel had access to the main sitting room where the wedding took place.

NAN also reports that praise singers and drummers were not left out of the ceremony as they added glamour to the event.

INTERVIEW: What I know about lesbianism, juju in Kannywood — Top Actress