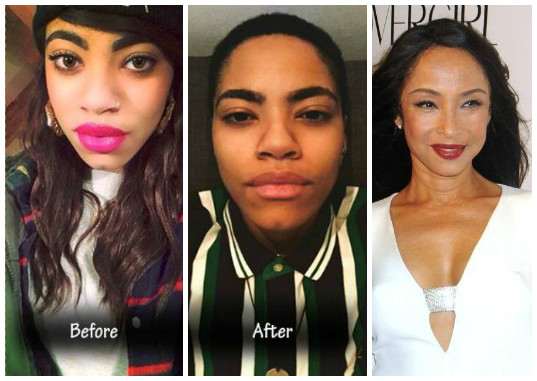 Mackalia ‘Ila’ Adu, the 20-year-old daughter of Nigeria/British Pop singer, Sade, has officially begun transitioning from a female to a man.

Ila, who is the product of a romance between her famous multi-Grammy award winning mum and a Jamaican-American music producer, Bob Morgan, has been very open about her desire to become a man.

The ‘proud’ lesbian who is reported to suffer from ‘gender dysphoria’ (a condition where a person experiences discomfort or distress because there’s a mismatch between their biological sex and gender identity) also flaunts her very committed relationship to her white partner on social media.

Although she has never hidden the fact that she longs to become a man, she excitedly revealed to her 3,503 followers on Instagram that her transition begins today.

She wrote, “Today is the first day of the rest of my life.

As a build up to her final identity as a man, Ila, whose mantra is, ‘I came in like a lamb, but I intend to leave like a lion’, is always clad in only male clothing and footwear. In addition, she has since begun taking male hormones, which has seen her breasts gradually diminish and her voice huskier.

She is also yet to make a public statement about it.