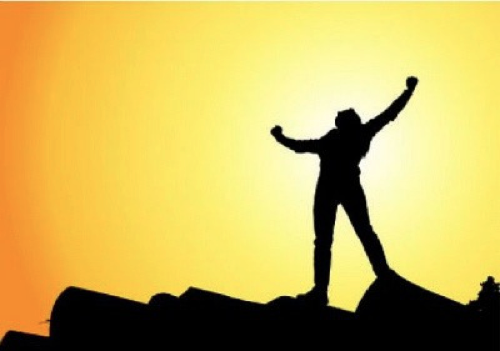 LIFESTYLE: How to Turn Adversity into Opportunity, By Bisi Daniels

We all suffer adversity in one form or another. Nobody is immune to it. This is not the daily challenges we all face like cash-flow problems, anxiety, malaria or stress or the teething problems we suffer at the beginning of a project. Adversity is stronger; oftentimes it comes when all appear to be going well; it comes a like a massive storm that leaves wreckage in body and soul and all around you. You also recognize it because it is when friends will show their true colours – many flee.

Adversity is adverse fortune or fate. It may apply to either the incident or conjunction of events that is the cause of an unhappy change of fortune or to the ensuing state of distress.

Adversity is even worse for high-profile people – leaders and celebrities. For many people, dealing with the aftermath, from the emotional upheaval of being rejected happens behind closed doors, but for popular people, in addition to dealing with the intensely private issues, the events surrounding their setbacks are often played out very publicly in the news. Private adversity becomes public embarrassment. Double wahala!

One other reality I have learned about adversity as Christopher Galvin, former CEO of Motorola puts it is that, “Nobody can talk you out of what you are feeling. People say all kinds of nice things, but that doesn’t take away the pain.”

What helps, as will be discussed later, is inner resilience and God!

Adversity leaves you in a hole; you either climb out or die there. The good thing is that many people, as we will share in this series have turned adversity into opportunity. Adversity is poison that can be turned into medicine or booster.

Sometimes, for example, failure itself is a benefit—failure that forces us to pursue an alternative path we wouldn’t have otherwise considered but that turns out to be the best way, if not sometimes the only way, to achieve a goal. At other times, the true obstacle isn’t the obstacle in front of us but the obstacle inside of us.

Whatever it is, it has been observed that with resilience, reliable support and the God factor, adversity is not a death sentence. Many people have been able to climb out of the hole as the following example show.

It is likely for some people to reject the God factor, but in their book, Supersuvivours: The Surprising Link Between Suffering and Success, David Feldman and Daniel Feldman show that supersurvivours find strength in something larger than themselves. Faith becomes a determining factor in helping to overcome trauma. Some feel God has literally called out to them, while others find a set of beliefs helps ease suffering. Whatever their belief system, these people are able to tap into the power of a connection with something larger than themselves.

Jesus Christ’s Resurrection: The life, death and resurrection of Jesus literally changed the course of human history. Jesus was guilty of no crime and had done incredible good, yet he was crucified, the most painful and horrendous death in the ancient world. Although it had long been prophesized and he himself alluded to it, there can be no greater setback than to be cruelly and unjustly killed. At a low point in the chain of events, He prayed to his Father to spare the agonizing death ahead, but revering quickly, he concluded that the will of God be done. But three days after the crucifixion, Jesus had risen from the grave. Coming back to life is the greatest comeback in history.

Abraham Lincoln: Considered the greatest president in American history, he led the country through it greatest moral and military crisis, essentially saved the country from destruction and directed it toward restoration. Lincoln grew up in meager circumstances, failed at business twice and had what most would call a nervous breakdown. He lost when he ran for Congress, lost twice when he ran for the Senate and lost as a vice presidential candidate. Lincoln was then elected the 16th president of the United States, led the country to reconciliation and won re-election. His leadership acumen, political skill and outstanding speeches all contributed to his amazing comeback.

Muhammad Ali: When he refused to be drafted into the armed forces, the boxing hero was banned from the sport in all of the American states, forcing him to take a three year hiatus from the ring. However, Ali came back with a vengeance. He took part in what is now known as “The Fight Of The Century” against Joe Frazier and eventually worked his way back to the top of the boxing world.

Oprah Winfrey: She’s one of the most influential people in the world. Oprah has done it all, be it her incredibly popular television show or the overwhelming number of philanthropy projects she’s conducted. Winfrey wanted to take a crack at the movie business with an adaptation of Toni Morrison’s “Beloved.” It lost out during opening weekend to “Bride of Chucky,” and never came close to recovering its $80 million dollar budget, despite a generally positive critical reception.

This failure sent Winfrey into a depressed downward spiral. In fact, in a very candid interview with Piers Morgan, Winfrey admitted to turning to food for comfort. She eventually recognized her depression and was able to get through her troubled times, but the sting of box office failure hung around. In an interview with Al Roker on the Today Show, Winfrey explains that it was all a powerful lesson: “It taught me to do whatever you’re going to do and release all expectations for it.”

In fact, she decided to get back on the horse. After a few years of voice and TV work, Winfrey got back on a major film set with 2013’s “The Butler.” Expectations can be a hard thing to manage.

Warren Buffett: Warren Buffett the popular billionaire investor is always willing to offer his advice and explain what he thinks are the right financial moves. He’s still human, though. Buffett is the chairman, president, and CEO of multinational conglomerate holding company Berkshire Hathaway, but Buffett considers his acquisition of the company a “200-billion-dollar mistake.” That’s a big mistake.

Warren Buffett is a hugely successful investor, and his tips for investing are surprisingly…

How could a company that does so well on a regular basis be a big mistake? Well it used to be a struggling textile mill, and when Buffet took offense to an offer from the CEO at the time, he decided to buy a controlling portion of the company just so he could fire the CEO. Buffett’s ego got the best of him. Of course, he managed to turn things around and make Berskshire incredibly profitable, but he still missed out on something: opportunity. Buffett considers the acquisition of Bershire Hathaway his biggest mistake because he feels like he wasted precious time on it, all because he couldn’t let go of his ego. He could have been focusing on something more profitable, like insurance, and—by his own estimates—doubled his returns over the course of his career.

Colonel Sanders: Kentucky Fried Chicken is available in Nigeria now. By 1955, Harland Sanders – better known as Colonel Sanders – was a well-established cook and restaurant owner. He had been cooking fried chicken for hungry patrons at his Corbin, Kentucky restaurant, Sanders Court and Café, since the mid-1930s, and had every reason to believe that he could continue doing so. However, the mid-century Interstate highway boom changed his plans in an instant.

The new Interstate 75 completely bypassed his restaurant in Corbin, thereby siphoning patrons away from the business. He was forced to sell the location and pay down his debt, which completely broke him financially. However, in 1959 – now freed from his Corbin location – Sanders opened a new restaurant and business headquartered in Shelbyville, Kentucky. He took his recipe on the road to sell franchises, and by 1960 he had 400 Kentucky Fried Chicken locations to his name. In 1964, he sold the company for $2 million and became a salaried brand ambassador.

All that is bottomlined into one massive message: DON’T GIVE UP!