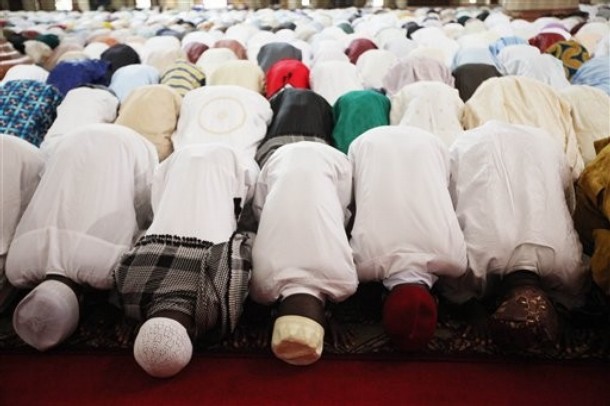 Ramadan: Where to break fast for free in Abuja

Muslims are enjoined to endeavor to feed the poor during the holy month of Ramadan because of the huge reward involved.

In a hadith narrated by Salman Al-Farisi (r.a.), the Prophet (pbuh) said, “Whoever feeds a fasting person, will be recompensed with forgiveness of sins and salvation from Hell. He will receive the same reward as the fasting person without causing him any reduction (in his reward).’ (The Companions) said, ‘Messenger of Allah, not all of us can find something to feed a fasting person.’

The Prophet (pbuh) said, ‘Allah will give this reward to he who feeds a fasting person with a sip of milk or a piece of dates, or a sip of water. And Allah will make him who quenches the thirst of a fasting person to drink from my pond, a drink that he will never feel thirsty until he enters Paradise (where there is no thirst).’” [Ibn Khuzaymah & AlBayhaqi]

Abuja, the nation’s capital, is populated with many poor citizens who find it difficult to get adequate meals for themselves for either Suhoor or Iftar.

Many others are also in the capital city alone after leaving their families in their villages.

PREMIUM TIMES checks reveals that a free Iftar programme goes on at many Mosque in the city.

Those that stand out however, is the National Mosque in Abuja, where many individuals prepare meals and bring them to the Mosque of the eve of Maghrib and share to the fasting populace.

Also, Nasrul-lahil Fatih, NASFAT, organizes Iftar for Muslim brothers and sisters at its main Mosque in Utako. Fasting Muslims are provided with meals to break their fast for free.

Apart from the Mosques and Islamic Organisations, some individuals have also been providing Iftar to Muslims in their private residences during the month of Ramadan.

For instance, fasting citizens always troop to the residence of a former Secretary to Government of the Federation, Yayale Ahmed, in Gana Street, Maitama District to  break their fast for free.

Mr. Ahmed has been carrying out this undertaking for quite a while.

Also, another prominent Abuja based businessman, simply known as A.A. Oil, has been feeding poor fasting Muslims during the month of Ramadan for several years.

One of those who have been attending the free feeding programme said people are always provided with meals at a location in Ogun Street, also in Maitama, Abuja.

“No matter the number of people, we always eat to our satisfaction and sometimes, he even provide transport fare to us,” he said.