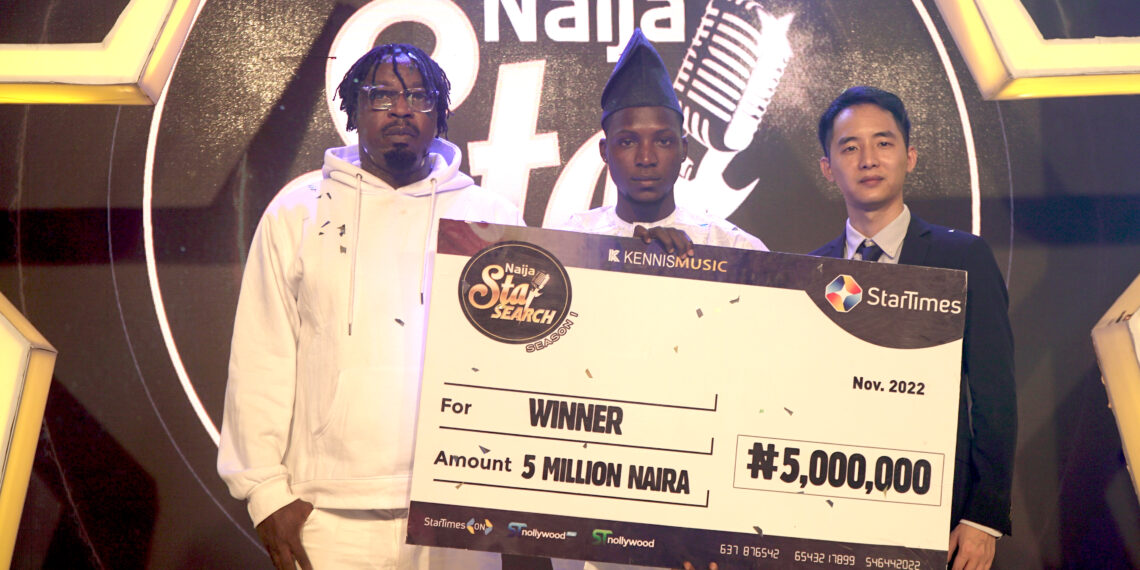 Skimzo edged out his competitors with a powerful performance which won him most of the votes.

After three months of drama, intrigues, and electrifying performances by contestants in Nigeria’s first Afrobeats contest and talent hunt show, ‘Naija Search Talent’, Skimzo has emerged as the winner.

The Top 3 finalists were Skimzo, Melo, and Eniola. Skimzo battled to get the winning prize of N5 million, while the 1st runner-up, Eniola, got N3 million, and the second runner-up, Melo, won N2 million.

Skimzo, the unassuming and talented budding star in the making, defeated Eniola and Melo in the grand finale and three other contestants, Khaleed, Black Bella and Kachi, who came back to the show based on audience and judges’ votes.

The finalists delivered impressive performances that left the judges amazed.

Skimzo was, however, able to edge out his competitors with a powerful performance which won him most of the votes.

Naija Star Search is a competition created to discover new music talents capable of disrupting the Afrobeats scene and becoming the next music star.

The judges told the contestants that they were looking to find originality, street credibility, and creativity that could soar them to a global stage. The judges worked with them, providing mentorship to finetune their original songs.