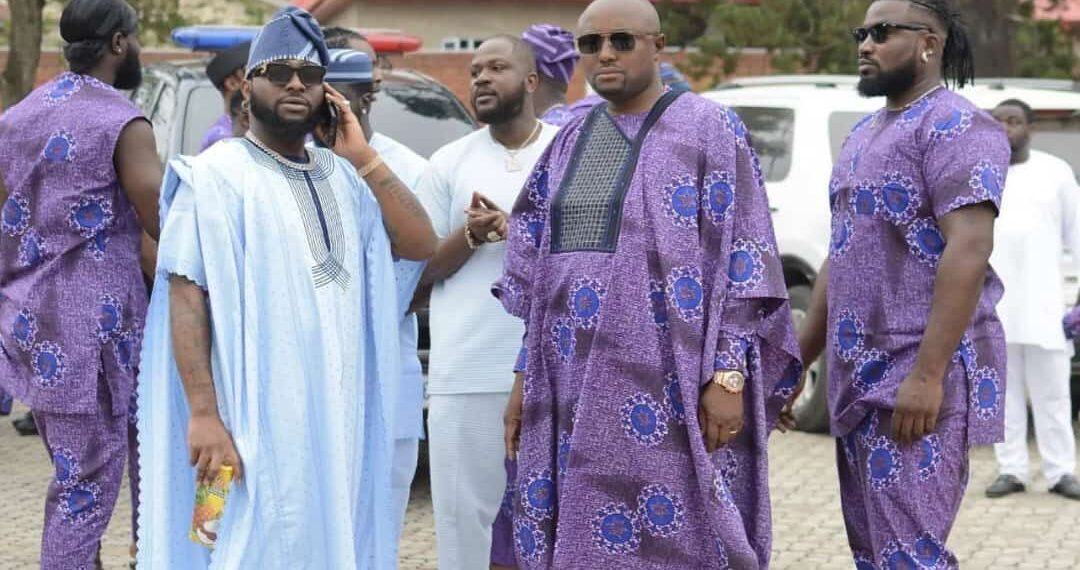 Davido spotted for the first time in public after son's death

The 30-year-old has been in seclusion from the public since his son, Ifeanyi, died in October.

On Sunday, Afrobeats star Davido made his first public appearance since his son, Ifeanyi, passed on, on the 31st of October.

PREMIUM TIMES reported that the singer lost his three-year-old son in a swimming pool accident in Davido’s Banana Island residence.

Although he and his lover Chioma Rowland have not made a statement about the loss, they continue to receive well wishes from the fans and the public.

The 30-year-old was spotted in Osun State, where his uncle Ademola Adeleke will be inaugurated and sworn in as Osun State Governor on Sunday.

Davido’s aide and logistics manager, Israel Afeare, popularly known as Israel 30BG or Israel DMW, posted photos of himself, the singer, and others at the event.

Mr Adeleke will begin his four years tenure as the sixth governor of Osun State on Sunday.

Davido has always been a staunch advocate of his uncle’s political career.

READ ALSO: Davido at 30: Defining moments of his 11-year-music career

In July, he questioned INEC’s delay in issuing Mr Adeleke’s certificate of return and that month, his uncle received his certificate.

Following the loss of his son, the Osun State PDP suspended their political activities to mourn with him.

The singer, who turned 30 on 21st November, did not make a post but received tons of birthday wishes and clamour from fans for a long-awaited return.

The singer has also postponed his long-awaited ‘Are We African yet’ show till 2023 and has reportedly held a secret marriage with Chef chi with just the family in attendance.