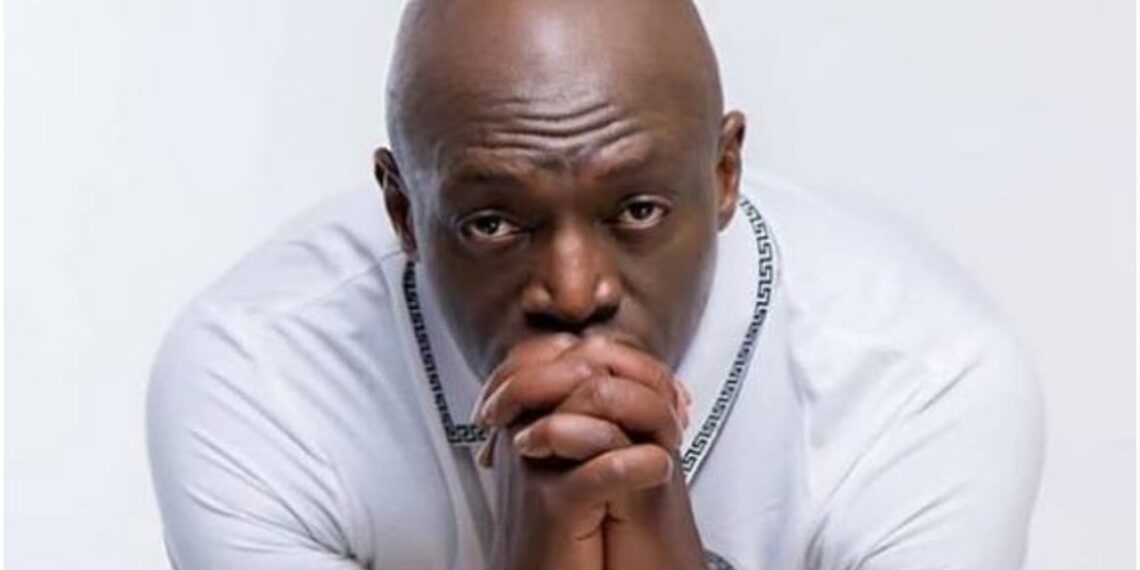 Born in May 1971, the late Okposo was a music producer and psalmist.

The family of departed gospel musician Sammie Okposo have confirmed his death.

PREMIUM TIMES had reported that the ‘Well Welu’ crooner died in the early hours of Friday.

Confirming the news, a statement signed by the family’s representative, Hector Okposo, confirmed that the 51-year-old singer ‘‘slept and went to be with the Lord’’ on the morning of Friday.

The statement described the late singer as a beloved husband, father, brother, uncle, and Minister of God.

“More details about the burial will be communicated soon. We are consoled because we know that he is with Jesus singing with angels.

“We kindly request that the family is allowed to grieve peacefully at this time,” it reads.

Born in May 1971, the late Okposo was a music producer and psalmist. He was also the CEO of Zamar Entertainment.

Meanwhile, friends and colleagues of the artiste have been sending in their tributes.

Speaking with this newspaper earlier, the late Mr Okposo’s friend, Righteousman, described him as a good soul.

“The late Okposo was full of grace. He never served any man. He served God. He was a man of God. I believe he did well and is with God,” he said.

Commenting on the sad incident, gospel artiste Nathaniel Bassey said he is still in disbelief.

“News of Our Brother’s passing, Minister Sammy Okposo, hit me hard this morning. He was still dazed. Pray God’s comfort and strength for the immediate family, friends and colleagues,” he wrote on Instagram.

Veteran actor Richard Mofe Damijo, who hails from Delta State like the late Mr Okposo, posted a clip of himself and the late artiste from a month ago when he (Okposo) held his show in US.

He wrote, “This was exactly a month ago in the US. We spent two weeks together and fellowshipped as men. Ate, drank, and, as I’m known to do, teased you…

“I made plans for the new year. Yet here I’m, struggling and looking for words to capture our relationship. Sam Okpoooo, as only I can call you, this was not the plan o. This one pains me to enter the blood. My Prayers are with your family as you Rest in power, peace and praise.”

According to him, to say that this news of his passing is shocking is an understatement.

“You were a great guy, no matter what anyone thinks or says about you. My first trip to South Africa was for your event back in the day, and you were such an incredible host.

“You had Lara George, Samsung, the late Kefee, Kunle Ayo and many other talented acts on the bill, and we all had massive fun. We had a special phrase, “I like the kind life wey u dey live o!”, which we used always,” he wrote on Facebook.

He further describes the late singer as an all-around great guy who was always ready to help, always reaching out to people and always great company.

“The industry and your many friends will sorely miss you. May the Lord give your wife and family the fortitude to bear this irreplaceable loss,” he added.

Among artists who have made tributes in honour of the departed singer are Sinach and Obiora Obiwon.

The late Mr Okposo made his foray into the music industry in the early 2000s. In 2004, he released his first album, ‘Addicted’.

The late singer is famed for featuring multiple gospel acts in his music. He is also known as an early artiste who popularised traditional gospel music.

His last album, ‘The Statement’ was released in 2018. The Grammy-winning Kevin Bond produced the album.

Mr Okposo, who hailed from Delta State, is known to have inspired a generation of entertainers, including comedians from the state

The song, ‘Na Only You I Know’ features the late Kefee, Samsong, Soji Isreal, Ige and Essence.

The late singer’s last post on Friday was a throwback to his show, the ‘Sammie Okposo Praise Party’.

Only a week ago, the late Mr Okposo announced to his fans that he would be performing at the ‘Sinach and Friends Live in Concert’.

The show, scheduled for the 11th of December at the Expo Hall of Eko Hotel, features other gospel singers like Nosa, Frank Edwards and a host of others.