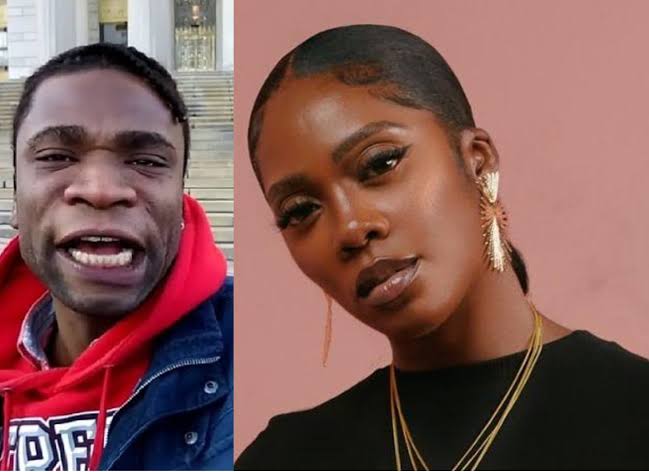 While his colleagues chose to ignore the lyrics of Tiwa Savage‘s latest single, ‘Loaded’ featuring Asake, where she recalled her infamous sex tape, singer Speed Darlington has trolled her over the song’s lyrics.

On Thursday, Speed Darlington mocked Tiwa for further owning up to her sex tape in the lyrics of her new song.

He dared her to release more videos and see if her life won’t crumble.

Speed Darlington is one of Nigeria’s unconventional singers and a social media Influencer.

He is known to use Instagram mostly to drop news about his music and update his followers about his latest lifestyle.

‘Akamu’ and ‘SereDebe’ are some of his known songs.

The leaked tape in 2021 stirred up mixed reactions from the public, her fans and her followers.

While some people criticised the singer over the tape, others defended her.

Tiwa dropped her debut album ‘Once Upon a Time’ iTime3, under Mavins records imprint and continues to enjoy recognition for her craft.

She received an Honorary Degree in Business Administration from the University of Kent in July 2022.