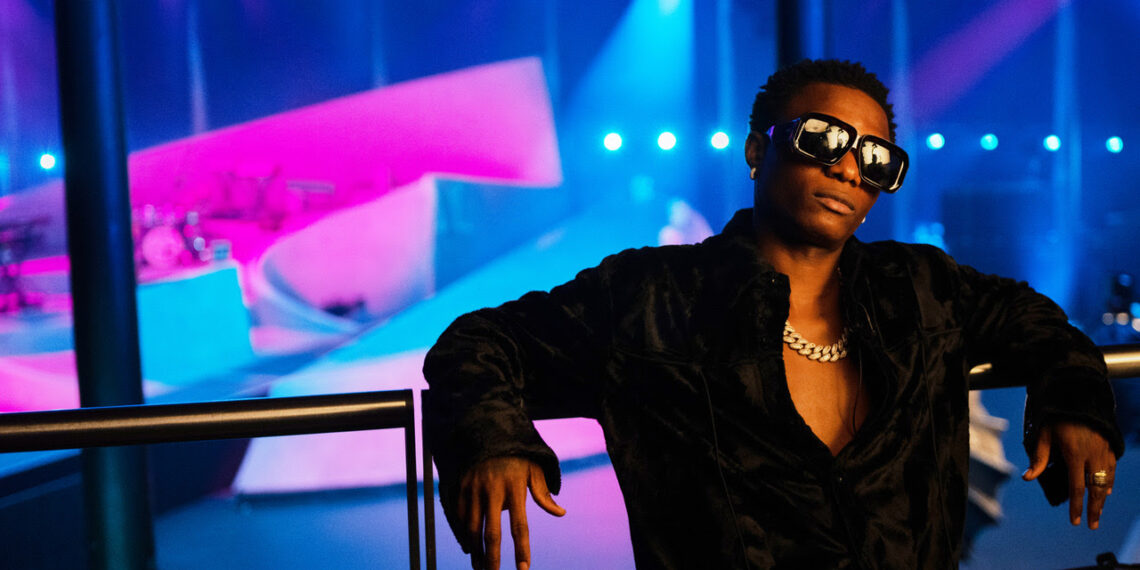 Why I titled my fifth album ‘More Love, Less ego’-Wizkid

Apple Music’s Dotty interviewed Wizkid at The Roundhouse in London, where he talked about the album ‘More Love, Less Ego’ and what it means to him.

Nigerian superstar, Ayo Balogun, popularly known as Wizkid, is presently riding on the waves created by his latest album, ‘More Love Less ego’, released on the 11th of November.

Apple Music’s Dotty interviewed Wizkid at The Roundhouse in London, where he talked about the album ‘More Love, Less Ego’ and what it means to him.

During the interview, which came on the heels of his Apple Music Live Performance on Monday, Starboy said that what the world needs at this moment is a lot of love.

During the interview, the singer talked about the live performance and what fans should expect. On titling his album, ‘More Love, Less Ego’, Wizkid said it’s part of his life’s progression.

“I have a lot of love. I’ve got four kids. That fills my heart when my son kisses me goodnight or when he’s going to school. You can’t even buy that type of love. That’s all that matters.

“That is pretty much what I’ve been trying to say. This is what I live for; my kids, happiness, taking care of people close to me, my friends, spreading a lot of love, and just doing what I do best. Absolutely More Love, Less Ego, man. Everyone needs it, especially right now. And this war in Ukraine, man, 2022, right before our eyes. They are bombing people right now in Africa. It’s crazy. This is the album that helps, too,” he said.

The singer said that the show is essential to him as it is rare and vital that he entertains his fans.

“You’ll understand it probably after you listen to the album; you get it. But, it’s going to be fun, and I didn’t want to say much,” he said.

He also listed making fantastic music as the most important thing to him.

“I make all kinds of music, and there’s nothing I can’t drive. I’m a musician from Africa, but first things first, I’m a musician. If you put in work, there’s no way you’re going to lose.

“I’m really just trying to show how God has blessed me with this talent and what I can do with it.

The singer, who Dotty took on a tour of the venue he was to perform, said that one thing he desires is to watch himself perform.

He said, “one of my biggest dreams is to watch a Wizkid show like this, but I can’t. I’m trying to find out why they keep coming to my show, but I know it’s magical whenever I’m up there.

He further said that success didn’t come to him as a surprise.

He noted, ‘‘If you put in work, there’s no way you will lose, and if you keep working, consistently showing up every time, you will never fail.

So, what does this chapter of the Wizkid story look like? The singer said that it is all about more love and less ego.

Barely hours after the album’s release, the work is grossing big numbers.

“I’m trying as much as possible to take this success to the highest heights. I want to show the kids from back home there’s nothing you can’t do.

“If I can do it from Surulere, trust me, anybody can do it,” he said.

‘Made in Lagos’ placed Wizkid on a pedestal so high that it made it impossible for the singer to surpass himself.