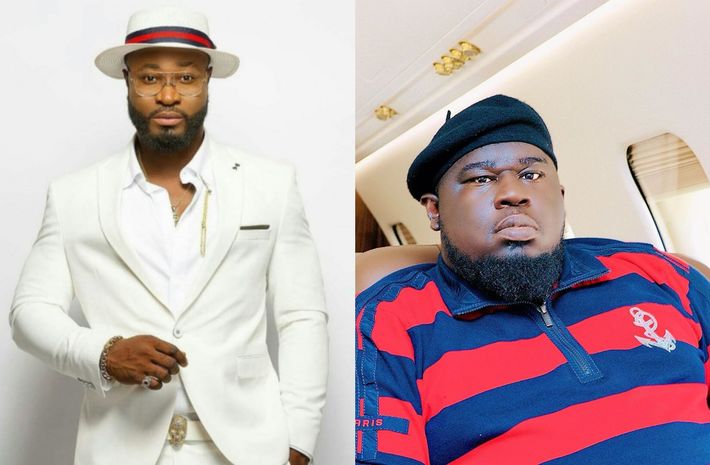 “Soso is not my friend. Na, my enemy. He wants to kill me. He sent people to come and kill me in Port Harcourt. No jokes. I have evidence; I have videos. I have pictures.''

On Tuesday, the internet was agog with the news of music executive Soso Soberekon filing a legal notice against his erstwhile friend and partner, Harrysong, for alleged defamation.

Trouble began when Harrysong, in an interview with OAPs Nedu and Husband Material on ‘The Frankly Speaking’ podcast, alleged that Mr Soberekon tried to kill him, among other damning accusations.

Harrysong, in the interview session on the topic, ‘Friendship in the Entertainment Industry’, said that many assume that Mr Soberekon is his friend, but he’s not.

He said, “Soso is not my friend. Na, my enemy. He wants to kill me. He sent people to come and kill me in Port Harcourt. No jokes. I have evidence; I have videos. I have pictures.

“You will say he’s my friend. He’s not my friend. He wants to kill me. King Ateke settled this matter, and the King was surprised.”

However, in an interview with PREMIUM TIMES, Mr Soberekon, a former manager of Kcee’s Five Star Music, claimed Harrysong, who just released a song, ‘Chi Chon Thin’, is like a brother to him.

Although the music producer said he is not granting any interviews on the issue, he insisted that Harrysong’s allegations are false and misleading.

“I have been like a brother and a pillar of support for Harrysong. I was one of the people who stood by him when he was having issues with 5 Star Records, even when he was wrong. Even when he was the one who walked out of the contract,” he said.

Mr Soberekon, through his legal representatives, No Limit Legal Partners, has demanded a retraction from Harrysong.

He also demanded an apology and damages in the sum of N500 million for a “libellous publication.”

A letter from Mr Soberekon’s lawyers described Harrysong’s refusal and failure to debunk the allegation as “an intentional act to mislead your medial social followers and the general public into believing that he (Soberekon) is a serial killer”.

It also described Harrysong’s statement as false and without any factual basis but malicious in all material respects.

Mr Soberekon is asking for a retraction of the said publication, an apology to be published in two major newspapers and several online news outlets no later than seven days from the delivery of the letter.

Failure to heed the request, the letter signed by Clemens Beniamin, his lawyers, says that they shall be constrained to proceed to the court of law for exemplary damages for injurious falsehood and malicious publication.

In an interview with this newspaper, the singer said he did nothing wrong in telling the public the truth.

“I don’t know why he did what he did. I thank God I survived it, and I am stronger. But I know that any move he makes now is just for clout. He owes me a public apology,” he said.

In the tell-all session, Harrysong said that cultism is prevalent in the Nigerian music industry.

He also spoke on his issue with Kcee, which got him arrested.

Harrysong said that he pleaded with record producer Del B to believe in Kcee when he was about to leave his former music group, Kcee Presh.

He also said he wrote and recorded songs for Kcee when he started his solo career.

“But after the whole thing when he blew up, and I needed to fend for myself, get small things because I don live my whole life for you, e no gree me go. But when e come internet, e be like say na he make me,” he added.